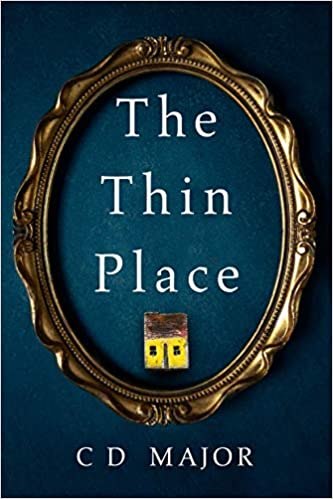 As an ex-history teacher, Cesca has always been fascinated by true stories from the recent past. She has written three novels; her debut, The Silent Hours, was described as a ‘moving debut’ by Women & Home magazine and The Times called Major ‘a talent to watch’. Her third novel, The Other Girl, a historical thriller set in an asylum in 1940s New Zealand, was described as ‘a marvellous read, gripping from the very start’ by Good Housekeeping. Cesca has vlogged about the writing process for http://www.novelicious.com and the Writers &amp; Artists’ website. She has also presented shows for ITV West and Sky. She runs writing retreats twice a year in the West Country and teaches creative writing workshops on occasion. Cesca lives in Berkshire with her husband, son and twin girls.
After she discovers the history of a sick young girl who lived there, she starts to understand the sadness that shrouds it. But when she finds an ominous old message etched into a windowsill, she is forced to wonder—what horrors is the house protecting? And what will it cost her to find out?
My thanks to the author for my review e-copy of the book. The Thin Place will be published by Thomas & Mercer in paperback, ebook and audiobook formats on 15th April. You can order your copy here: The Thin Place
About the Author
From the back of the book
The three main characters were all fascinating in their own ways. I couldn’t help but feel sorry for Marion initially when her idealistic dreams of marriage did not work out the way she thought and she felt so trapped and lonely in the big house, so far from her own family. Equally, I felt for young Constance who seemed to have so many illnesses and such a difficult life. I wasn’t surprised that Ava was so drawn to the story of Overtoun although she took it really to the point of obsession. The mystery in her own family was also very intriguing with her own mother reluctant to talk about her early years with an adoptive family, even when Ava became pregnant and longed to know about her family history. Then there are some mysterious and threatening messages too which all added to the tension.
When journalist Ava Brent decides to investigate the dark mystery of Overtoun Estate—a ‘thin place’, steeped in myth—she has no idea how dangerous this story will be for her.
With her own first child on the way, Ava knows she should stay away. But even as her life starts to unravel, and she receives chilling threats, the house and the bridge keep pulling her back…
Overtoun looms over the town, watching, waiting: the locals fearful of the strange building and the secrets it keeps. When Ava starts to ask questions, the warm welcome she first receives turns to a cold shoulder. And before she knows it, Ava is caught in the house’s grasp too.
This was a real page-turning thriller with plenty to keep me glued to its pages. It’s a compelling book, rather creepy and so atmospheric. Right to the end, I found myself on the edge of my seat with the twists and turns the author cleverly drops into the storyline.
I was hooked by this story right from the first page. I loved the sense of mystery and foreboding which permeated the book. I was particularly intrigued that the story of the dogs jumping off the bridge does actually seem to be true. There is one extremely tragic event associated with it in recent times. If you look up the bridge online, you will see the beautiful building which is Overtoun House just beside it. I can quite see why people might think that the odd ghost or two might roam its rooms. The house itself plays such an important role in the book and is a dark and brooding presence throughout.
The Thin Place is a gripping thriller from CD Major which weaves together the stories of three people. In the 1930s we have Marion West who comes to live in Overtoun, a large stately home in Scotland. In the present day, Ava is the protagonist. She is a journalist who is intrigued by the stories surrounding a bridge where numerous dogs are said to have jumped to their deaths. In between the two women, we have the words of a young, very ill child.
She has to know the truth about Overtoun Estate, but there is a reason it has stayed buried for so long. 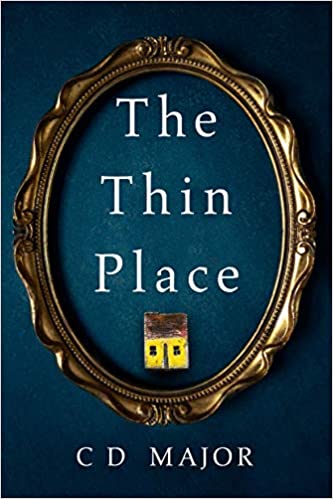