From the back of the book
The Edinburgh setting of the books is home for me. I know the pubs, the streets, the buildings, the parks which feature so it was easy for me to picture exactly where the characters were and where the action was taking place. This really added to the story for me. But if you don’t know Edinburgh, I think that Doug Johnstone has done a brilliant job of setting the scene.
Doug Johnstone is the author of thirteen novels, most recently The Great Silence (2021). His previous book, The Big Chill (2020), was longlisted for the Theakston’s Crime Novel of the Year. Several of his books have been bestsellers and three, A Dark Matter (2020), Breakers (2019) and The Jump (2015), were shortlisted for the McIlvanney Prize for Scottish Crime Novel of the Year. He’s taught creative writing and been writer in residence at various institutions over the last two decades including festivals, libraries, universities, schools, prisons and a funeral directors.
Taut, dark, warmly funny and unafraid to ask big questions – of us all – The Great Silence is the much-anticipated third instalment in the addictive, unforgettable Skelfs series, and the stakes are higher than ever.
My thanks to Anne at Random Things Tours for the opportunity to take part in the blogtour and to publishers Orenda for sending an early copy of the book. The Great Silence is available now in ebook and will be published in paperback tomorrow. Available to buy or order from all good booksellers.
About the Author
Nothing is clear as the women are immersed ever deeper in their most challenging cases yet. But when the daughter of Jenny’s violent and fugitive ex-husband goes missing without trace and a wild animal is spotted roaming Edinburgh’s parks, real danger presents itself, and all three Skelfs are in peril.
The discovery of a human foot in an Edinburgh park, the inexplicable circumstances of a dying woman, and the missing daughter of Jenny’s violent ex-husband present the Skelf women with their most challenging – and deadly – cases yet…
In The Great Silence we see all sides of life and death, and of love and hate. I believe that this was to be a trilogy and if so, it’s a satisfying end although I am a bit sad to leave the Skelf women behind. I am rather hoping that Doug Johnstone will be persuaded to give them another outing. There’s so much going on in this book that it was a really engrossing page-turner. The Skelf women are such great characters and the author has brought these strong and complex women vividly to life. The first two books in the series are currently on a Kindle monthly deal for just 99p each so if you haven’t already read them, why not treat yourself and let The Skelfs get under your skin.
Doug is a Royal Literary Fund Consultant Fellow and works as a mentor and manuscript assessor for many organisations, including The Literary Consultancy, Scottish Book Trust and New Writing North. He’s been an arts journalist for over twenty years and has also written many short stories and screenplays. He is a songwriter and musician with six albums and three EPs released, and plays drums for the Fun Lovin’ Crime Writers, a band of crime writers. He’s also co-founder of the Scotland Writers Football Club.
The Great Silence in the third book in Doug Johnstone’s series featuring The Skelfs. If you haven’t already met the Skelfs, let me introduce them. Dorothy is the matriarch of the family, in her 70s she’s still a keen drummer. Her daughter is Jenny, wary that her violent ex-husband will be seeking revenge and put them in danger. Hannah is her grand-daughter, newly graduated from Edinburgh University and about to start a PhD in astrophysics. The women all assist to one extent or another with the family undertaking business. Oh, and they do a bit of private investigating on the side. The cases the women investigate in The Great Silence means this book could be read as a standalone. However, to really get the best experience and understand what makes the Skelf women tick and to get the most out of the storylines which have run through the series, you really should read all three.
There is a lot packed into the pages of this book. With severed feet, extra-terrestrial messages, an Italian toyboy and big cats roaming Brunstfield Links, you can’t say this is your run of the mill thriller. And that’s just touching upon some of the aspects of the plot. There are plenty of twists and turns from start to finish. Chapters from the points of view of each of the women in turn make this book rattle along at a fair old pace. Each of their investigations and each of their personal stories are just as engaging, and the author doesn’t shy from putting his characters in some challenging and downright dangerous situations!

Daughter Jenny and grand-daughter Hannah have their hands full too: The mysterious circumstances of a dying woman lead them into an unexpected family drama, Hannah’s new astrophysicist colleague claims he’s receiving messages from outer space, and the Skelfs’ teenaged lodger has yet another devastating experience.
Keeping on top of the family funeral directors’ and private-investigation businesses is no easy task for the Skelf women, and when matriarch Dorothy discovers a human foot while walking the dog, a perplexing case presents itself … with potentially deadly results. 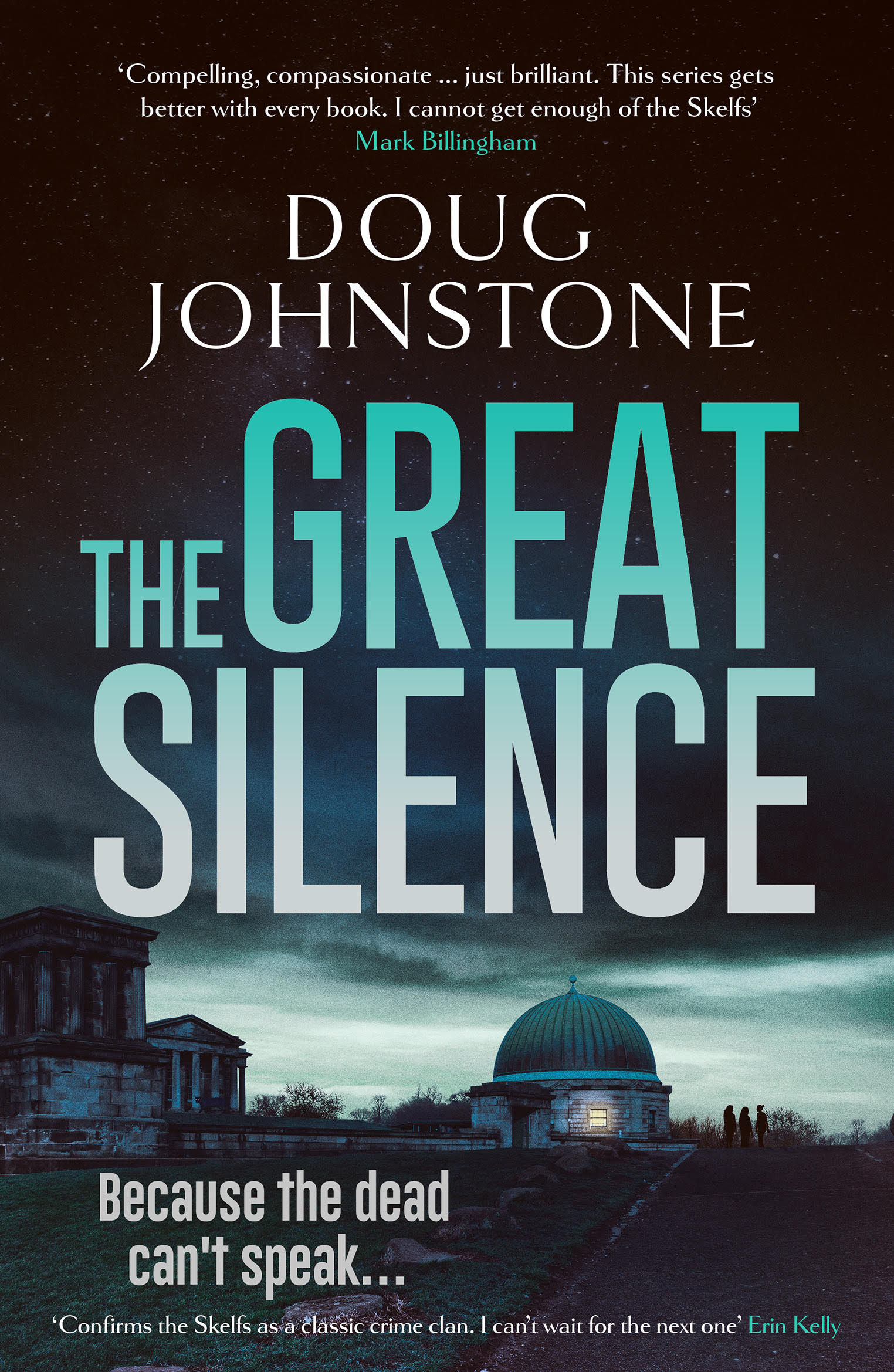 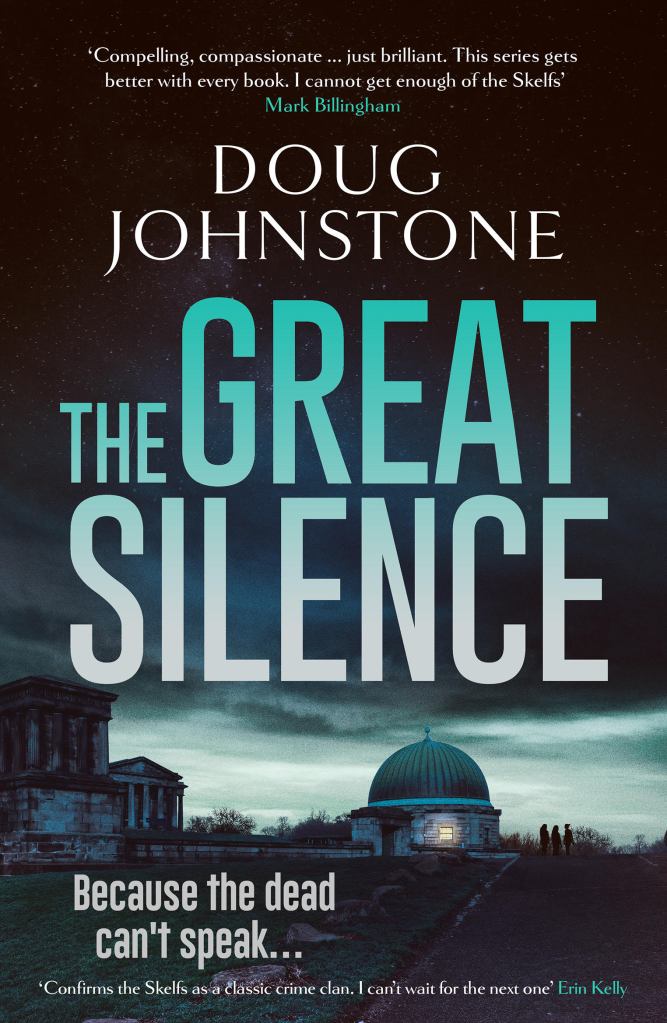 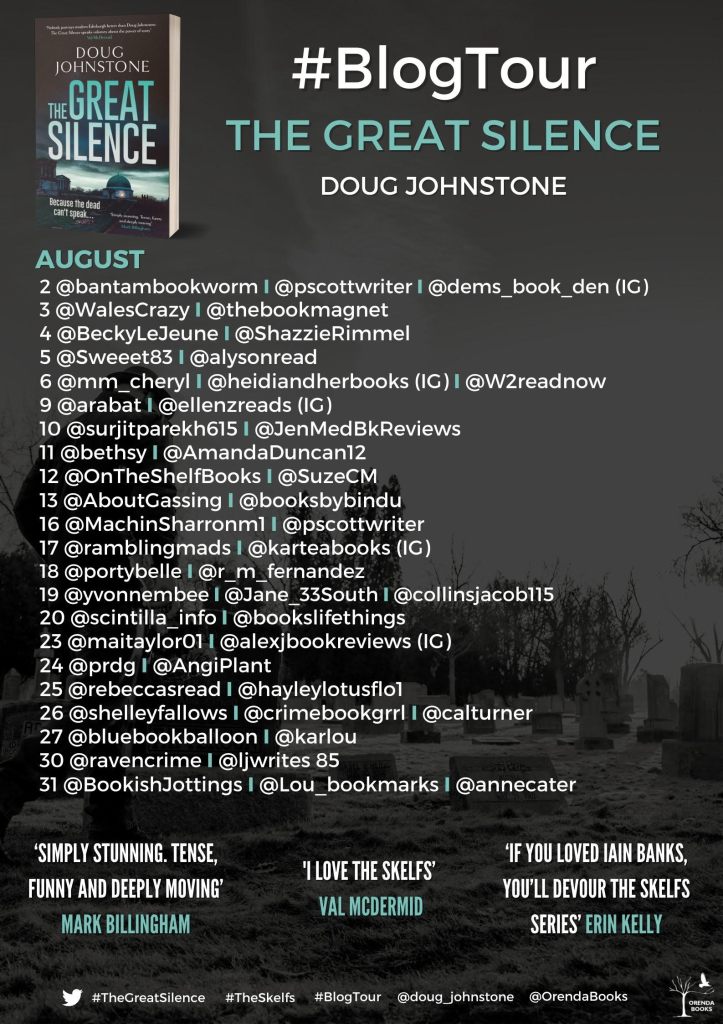