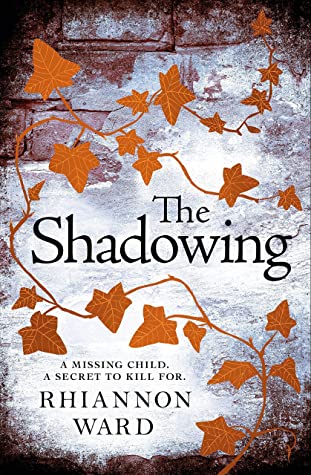 Haunted by her sister’s ghost, Hester sets out to uncover the truth, when the official story reported by the workhouse master proves to be untrue. Mercy was pregnant – both her and the baby are said to be dead of cholera, but the workhouse hasn’t had an outbreak for years.
Hester discovers a strange trend in the workhouse of children going missing. One woman tells her about the Pale Lady, a ghostly figure that steals babies in the night. Is this lady a myth or is something more sinister afoot at the Southwell poorhouse?
ABOUT THE AUTHORThe Shadowing is a dark and atmospheric story, with a sinister undertone. It is clear that her presence at the Southwell workhouse is not welcome and barely tolerated; the Master and Matron at the Southwell workhouse have their secrets and do not take kindly anyone asking questions. Hester is determined to find out the truth about what happened to Mercy, who was pregnant, especially after being told of ‘the Pale Lady’ who steals babies in the night.
Other reviews:

MY THOUGHTS
Coming from a family of Quakers, Hester Goodwin has lived a life of frugality and plain living – grey dresses, no music, no books and she has little experience of the world outside her own which consists of visiting the sick and poor with her mother. Her father Amos is strict and unloving, her younger sister 20 year old Mercy had eloped a few years before and her name was not to be mentioned. However when word reaches them that Mercy has died in a Nottinghamshire workhouse, it is Hester who has to travel alone from Bristol to Southwell find out the circumstances of her death and how and why she ended up as a pauper in a workhouse.
In Bitter Chill (2015) – Sarah Ward

I’ve previously enjoyed crime fiction books by Sarah Ward and this is her second historical fiction novel written under the name of Rhiannon Ward.
As Hester investigates, she uncovers a conspiracy, one that someone is determined to keep a secret, no matter the cost…
Hester is rather unusual in that she has ‘shadowings’, spirits that appear to her and often accompany her – at times they can be frightening and confusing but there are others that she sees as a sign or a warning. I’m often not a fan of spiritualism in books unless its done well but here it did fit in with the natural arc of the story.I really enjoyed this. There is a sense of unease throughout the story with the workhouse throwing a fearful shadow over the town and its inhabitants. Hester is a determined character but being rather unworldly she doesn’t always realise the danger she is putting herself in. With well drawn characters and vivid descriptions of the time and location which gave a real sense of place, I was rooting for Hester to discover what was really going on and to get to the truth for her sister Mercy. I also learned a little about the Quaker faith which I wasn’t aware of.
A Deadly Thaw (2017) – Sarah Ward
Rhiannon Ward is the pseudonym for Sarah Ward, the Amazon bestselling and critically acclaimed crime author.

The Southwell Workhouse is now a National Trust property – the link has some interesting information.

Follow the author:
When well-to-do Hester learns of her sister Mercy’s death at a Nottinghamshire workhouse, she travels to Southwell to find out how her sister ended up at such a place. Sarah has a masters degree in Religious History and has long been fascinated by the long tradition of spiritualism in England. A member of the Society of Psychical Research, Sarah has also studied Conan Doyle’s passion for spiritualism. Sarah is a crime reviewer and book blogger at Crimepieces.

ABOUT THE BOOK
My thanks to Tracy Fenton of Compulsive Readers for the tour invitation and to the publisher for the digital copy to review.