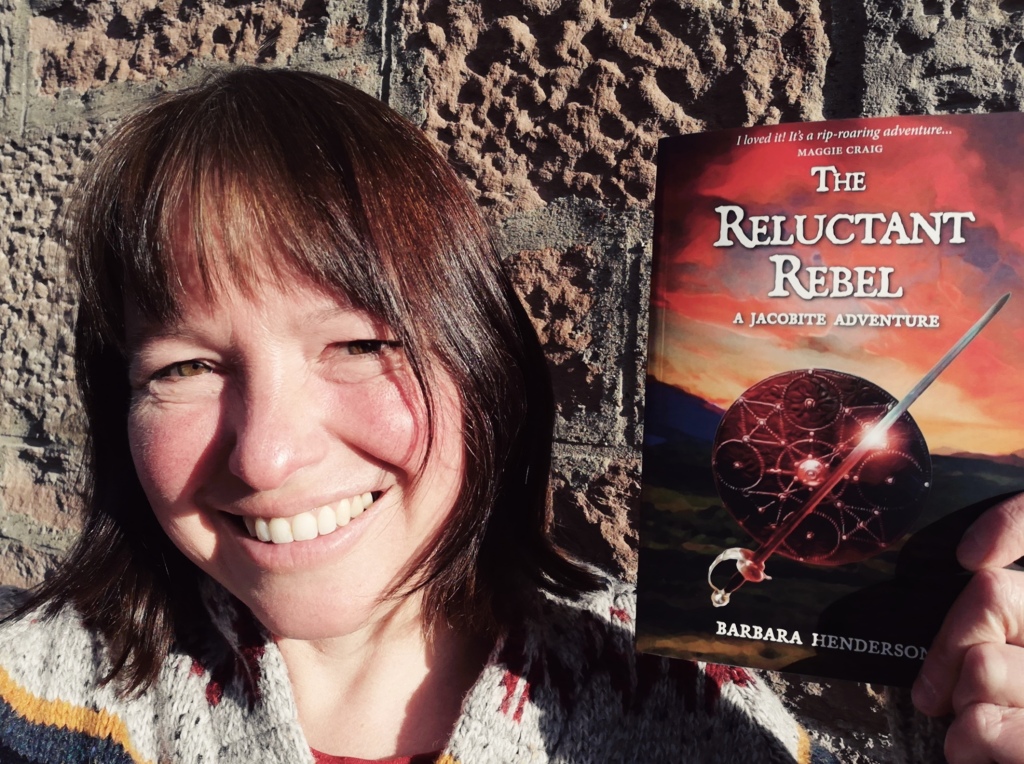 The Reluctant Rebel is published in paperback by Luath Press and
available now from all good book shops.
We agreed a date. It was only slightly overcast, and my husband, three children and dog joined us in the car. The rising sun on our backs, we drove west.
Following the death of his father, 13-year-old Archie MacDonald has lost faith in the Jacobite Cause. Having witnessed their clan’s terrible defeat at the Battle of Culloden, Archie and his feisty cousin Meg flee back to Lochaber to lie low.
There it is again, hope. The defeat and the despair I can stand, but it’s the hope that kills me, as if the Cause wasn’t lost, as if Father hadn’t died in vain. As if any one of us could possibly come out of this alive…
It was a sandwich. It gives you an idea of the kind of man he is.
Dolan rose and returned with several jam jars. I looked more closely. What? Could it be…?
I’ll never forget that day – the day that two Highlanders sparked this story.
The Day Two Old Highlanders Sparked a Story
‘One day I’ll take you over to the West Coast where I grew up.’ He said once. There are some things I would love to show you.’ My interest was perked. I saw him every week, but we had never spent a whole day in each other’s company. Come to think of it, I couldn’t imagine anyone better to spend a day with at all.
To this day I am not sure Dolan knew anything of our visit in advance, but he threw the door wide and invited us into his small kitchen. ‘This lady is an authoress,’ Finlay began pointing to me. Authoress? I’d never been called that before.
With enemies closing in, the Prince’s fate now rests in the hands of a stable boy and a maid with a white cockade.
Barbara Henderson’s latest book, The Reluctant Rebel, is a Jacobite adventure story for children. Today’s she’s sharing a great guest post about two Highland men who inspired the book. First of all though, here’s what the book is about.
‘I thought I’d take you to my friend Dolan. We might even get a cup of tea, and he’ll have something to show you.’

‘She is interested in writing history stories. Show her!’

We may have mingled with tourists at Eilean Donan, but we had seen another Scotland that day, the Scotland of Stories. By the time I got home I was determined to write about the Jacobites. The Reluctant Rebel is the result.
‘These are Jacobite musket balls,’ the old man stated simply. ‘I found them all in the stream here behind the house. This was my boyhood home, you see. I even found this!’ He held up something that looked a bit like old fashioned sugar tongs. ‘This is the tool they used to shape the lead into musket balls. They prepared for battle right here.’ I felt my heart beat faster. A shiver ran down my back. Here. Right here. In the stream I could hear through the open door.
Or so they think.
It didn’t take long before Finlay’s gentle voice interrupted our idle chatter: ‘Pull in over there for a minute if it’s not too much trouble.’ We did and our guide slowly got out of the car and led us a steep path down to a damp memorial in Glenmoriston. He told us about Roderick Mackenzie, a brave and unfortunate Jacobite who happened to bear a striking resemblance to Bonnie Prince Charlie. In the aftermath of the defeat at the Battle of Culloden and with the Prince now on the run, Roderick acted as a decoy. When discovered by the government forces, they killed him immediately and as he collapsed, he shouted You’ve killed your Prince! – a heroic action which bought the real fugitive time to get out of the area. It probably saved his life. Wow, what a story. My writing brain whirred into action. What if… what if… – these questions are always how a story starts for me.
Who will survive this deadly game of hide-and-seek?
We departed soon after and reached the West Coast. At Eilean Donan Castle we stopped at the café, bought sandwiches and shared a pot of tea as Finlay called his wife. ‘We are having a lovely day,’ he enthused. ‘We’re eating like kings!’
Until the fugitive Prince’s life depends on them.
We re-entered the car. Again, unexpectedly, Finlay politely requested we turned off the road. Our car chuntered down a potholed farm road in Glen Shiel. What were we doing here?
‘Sounds great! When?’
When Prince Charles Edward Stuart looks to the people of Borrodale for help, will the young stable boy support the rebellion that has cost him so dearly?
He has a shock of white hair, carves exquisite walking sticks and speaks humbly and hesitantly. I am very fond of ‘Old Finlay’, an elderly friend who attends my church in Inverness. He is the type that answers the question ‘How are you?’ with ‘Mustn’t be grumbling; so much to be thankful for.’ He inevitably rises to his feet to shake your hand and loves nothing more than an impromptu, unannounced visit. 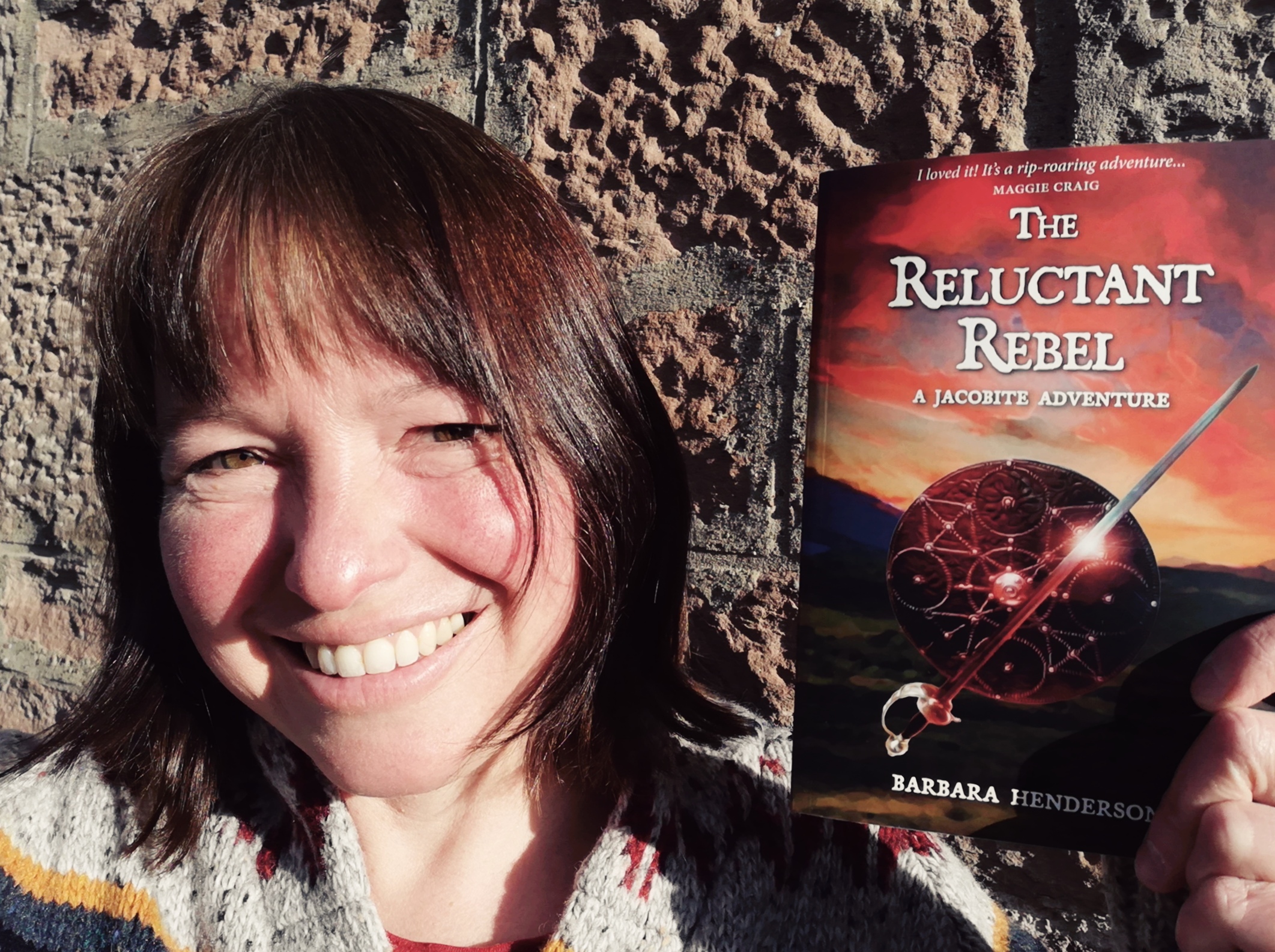