Peter May was born and raised in Scotland. He was an award-winning journalist at the age of twenty-one and a published novelist at twenty-six. When his first book was adapted as a major drama series for the BCC, he quit journalism and during the high-octane fifteen years that followed, became one of Scotland’s most successful television dramatists. He created three prime-time drama series, presided over two of the highest-rated serials in his homeland as script editor and producer, and worked on more than 1,000 episodes of ratings-topping drama before deciding to leave television to return to his first love, writing novels.
To explore the wider plot further would be to begin to give away the clever development of the storyline and risk spoiling the many twists and turns.  The development is carried by powerful characters – Lange, Bauer, Wolff – clever, complex, surprising and so instantly vivid and real that the story seems to unfold with a life of its own.  The Night Gate is a fantastic read with a clever fun storyline set on a common World War 2 canvas.  The painting of this story is unforgettable.  A clear 5 star book.
From the back of the book
Tasked by the exiled General Charles de Gaulle to keep the world’s most famous painting out of Nazi hands after the fall of France in 1940, 28-year-old Georgette Pignal finds herself swept along by the tide of history. Following in the wake of Da Vinci’s Mona Lisa as it is moved from château to château by the Louvre, she finds herself just one step ahead of two German art experts sent to steal it for rival patrons – Hitler and Göring.
I pleased to have a guest reviewer today giving us his thoughts on Peter May’s finale to his Enzo Macleod Investigations series. Thanks to my husband, Steve, for sharing his review of this book.
Asked by a colleague to inspect the site of the former, forensics expert Enzo Macleod quickly finds himself embroiled in the investigation of the latter. Two extraordinary narratives are set in train – one historical, unfolding in the treacherous wartime years of occupied France, the other contemporary, set in the autumn of 2020 as France re-enters Covid lockdown.
Set in the second world war, our heroin, Georgette Pignal is a feisty young woman who immediately lights up the page with a strength and determination to do her duty for France.  There are some wonderful early scenes as she is posted to a remote camp in Scotland, where she takes on a rough sergeant, and then later whilst undercover in France, a fascinating perspective on the war as the Nazi officers interact with the people of occupied France with the tension and terror brought vividly to life.
What none of them know is that the Louvre itself has taken exceptional measures to keep the painting safe, unwittingly setting in train a fatal sequence of events extending over seven decades.
My thanks to the publishers Riverrun (an imprint of Quercus) for the review copy of the book from Netgalley. The Night Gate is available now in hardback, ebook and audiobook versions. The paperback edition is due out in August. Please support a local bookshop if you can when buying your copy. Otherwise you will find buying options for various retailers on the Quercus website here: The Night Gate
In a sleepy French village, the body of a man shot through the head is disinterred by the roots of a fallen tree. A week later a famous art critic is viciously murdered in a nearby house. The deaths occurred more than 70 years apart.
One of the most unsettling scenes at the beginning of the story is when the reader first meets Hitler – he oscillates between a sincere love and interest of art and those involved with it to an unbridled unhinged rage and anger with a force that is deeply troubling.  May captures the tension and intensity of the characters so well that the reader almost feels bruised by the encounter.
About the Author
The Night Gate spans three generations, taking us from war-torn London, the Outer Hebrides of Scotland, Berlin and Vichy France, to the deadly enemy facing the world in 2020. In his latest novel, Peter May shows why he is one of the great contemporary writers of crime fiction.
And Enzo’s investigations reveal an unexpected link between the murders – the Mona Lisa.
May develops two parallel stories of present and past with tremendous skill and dexterity teasing the threads and links between the two with the promise of a conjurer – the reader knows the links are there and can sense how they might join, but has no idea how they will form until the very end!  How can a dead body found in 2020 be linked to the fate of an art masterpiece in the 1940s? It is May’s effortless style building on wonderful characters and drama that really brings this book to life and makes it an exceptional read.
The brand-new thriller from the number one Sunday Times best seller.
He has won several literature awards in France, received the USA’s Barry Award for The Blackhouse, the first in his internationally bestselling Lewis Trilogy; and in 2014 was awarded the ITV Specsavers Crime Thriller Book Club Best Read of the Year award for Entry Island. Peter now lives in South-West France with his wife, writer Janice Hally.

The Night Gate by Peter May is part of the series featuring the investigator Enzo Macleod.  Bored with retirement, like all of us he is struggling with the restrictions placed on society dealing with the COVID19 pandemic.  He finds himself drawn back into investigation work and is soon trying to piece together clues from a crime scene that has long gone cold.
Events that have led to both killings. 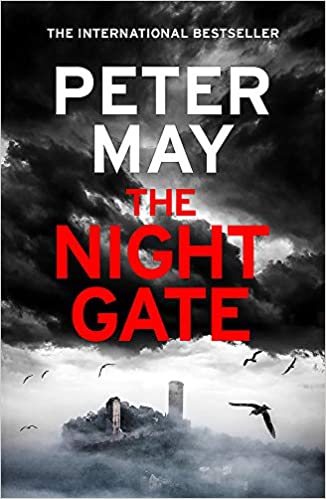 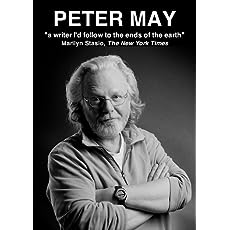