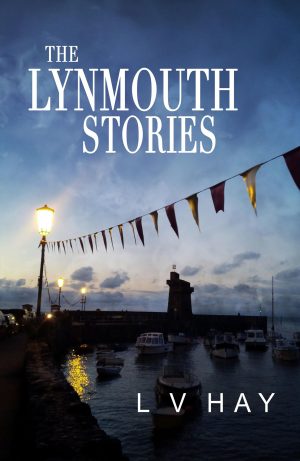 My thanks to Anne Cater of Random Things Tours for the invitation and place on the tour. The Lynmouth Stories is currently free to download on Amazon UK and this is how I obtained my copy.

ABOUT THE AUTHOR
Beautiful places hide dark secrets …
It’s impossible to go into details of each without giving away spoilers as they are so short so I won’t try. All three stories have women as the main character facing some threat, whether from man or nature. The first is In Plain Sight, a shocking story with an ending, which in my opinion, can be left to the reader’s imagination. Killing Me Softly took a little more concentration with an unexpected turn. My favourite however was In Hell and High Water, it seemed a little more detailed than the others and I was truly invested in how Naomi’s holiday in Lynmouth would end.
Having read Lucy’s thrillers before, I was in no doubt as to how good a writer she is but it’s not so easy with short stories. With no time to build character development or plot you just have to go for the punch to the gut – and oh man do these 3 stories do that! They only take about 30 minutes or so to read in total but they are quite dark with a chilling undertone and the atmosphere of an out of season tourist town comes over so clearly with vivid images and description. I note that the Amazon listing includes it under teen and young adult with a reading age of 14-18 years but this book works just as well for adults too.
Located on the doorstep of the dramatic Valley of The Rocks and the South West Cliff Path, the twin villages of Lynton and Lynmouth have inspired many writers, including 19th Century romantic poet Percy Bysshe Shelley, who honeymooned there in 1812.

Did You Know …?
All taking place out of season when the majority of tourists have gone home, L.V Hay uses her local knowledge to bring forth dark and claustrophic noir she has come to be known for.
– For kidnapped Meg and her young son Danny, In Plain Sight, the remote headland above Lynmouth is not a haven, but hell.
AUTHOR LINKS:
– A summer of fun for Catherine in Killing Me Softly becomes a winter of discontent … and death.
If you’re looking for a short read that’s on the dark side then this would definitely fit the bill and at the time of writing, its currently free to download from Amazon.

Lucy V. Hay is a novelist, script editor and blogger who helps writers via her Bang2write consultancy. Lucy is the producer of two Brit Thrillers, DEVIATION (2012) and ASSASSIN (2015), as well as the script editor and advisor on numerous other features and shorts. Lucy’s the author of WRITING AND SELLING THRILLER SCREENPLAYS for Kamera Books’ “Creative Essentials” range, as well as its follow ups on DRAMA SCREENPLAYS and DIVERSE CHARACTERS for fiction as well as screenwriting. Her debut crime novel, THE OTHER TWIN, is now out with Orenda Books and has been featured in The Sun and Sunday Express Newspapers, plus Heatworld and Closer Magazine.

– In Hell And High Water, a last minute holiday for Naomi and baby Tommy  becomes a survival situation … But that’s before the village floods. Devon’s very own crime writer L.V Hay (The Other Twin, Do No Harm) brings forth three new short stories from her dark mind and poison pen: