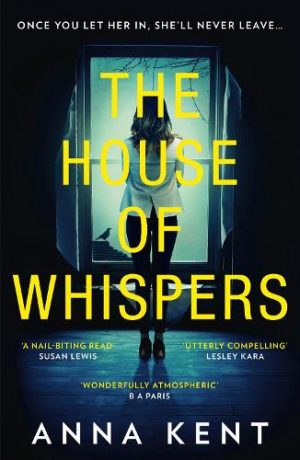 Are there any authors whose books have made an impact on you? What type of book do you enjoy reading for pleasure, and what are you reading now?
A chilling story of guilt and obsession from Anna Kent.
Usually for me, plot comes before characters. There’s always a seed of an idea: the inciting incident, the premise, a twist or a dramatic ending, then I brainstorm how the plot could play out. The main character pops into my head once I have the bones of the story, but sometimes, after I start writing, she morphs into someone else. It’s not uncommon for me still to be changing her name, age or job when I’m three-quarters of the way through writing the story. The lesson I’ve learned from that is that it really is worth planning properly before I start writing but usually I’m just desperate to start writing!

Anna Kent has worked as a journalist, magazine editor and book editor as well as enjoying a stint as a radio producer. She’s written for numerous publications at home and abroad, including the Daily Telegraph, where she was a contributor for six years. Brought up in the South East, she loves to travel while maintaining a base in Gloucestershire. She’s married with two children.

Abi’s husband, Rohan, can’t help but be concerned as his wife’s behaviour changes. As their happy home threatens to fall apart, he realises that there’s something deeply unnerving about Grace. Just what influence does this woman have over his wife, and why has she come back now?