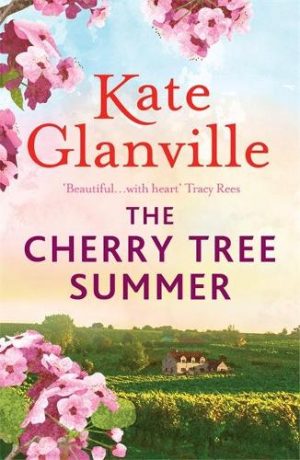 Calon lân yn llawn daion.
A thin mist swirled ahead of her, thicker at the end of the street. Her husband and the pushchair were shrouded in the distance.
Across the street she heard a woman shriek with laughter as a small group spilled out of the entrance of a pub.
And your lips whisper a love poem
Kate Glanville returns with a warm and escapist read of love and old secrets, set in a beautiful French farmhouse in the Dordogne. Perfect for fans of Rosanna Ley.

‘But you didn’t have to do your entire back catalogue; they were hardly your typical kind of fans.’
‘I didn’t mind, it was fun.’ At the bottom of the steps she crouched to strap the baby into the pushchair. ‘There you go, my gorgeous boy. Not long and you’ll be home tucked up in bed ready for Santa to bring you your first stocking.’
‘And I love “Moondancing”,’ the woman said. ‘I had my first snog to that song.’ She began to sing the lyrics that the middle-aged businessmen and their wives had just been enjoying in the drawing room.
‘Martha!’ the voice came muffled through the fog.
‘That was The Human League, you pillock,’ said the Welsh man. ‘Martha was in On The Waterfront.’
‘Can I give you a peck on the cheek?’ the second man had retrieved the plastic mistletoe from the pavement and held it up in front of Martha.
Car headlights were coming out of the mist, a yellow taxi sign emerging from the fog. The lights cast a glow on the woman and her two male companions.
I am dancing on the moon
‘I always liked that one about the waitress in the cocktail bar.’
And I am dancing on the moon
‘Can I have your autograph?’ The woman was fishing around in her handbag, pulling out the contents, dropping a can of hairspray and a bunch of mistletoe onto the pavement. ‘I know I’ve got a pen in here somewhere.’
‘Wait a second.’ But he was already ahead of her, striding down the empty street, pushchair wheels clattering over the paving slabs, his overcoat swinging in time to the tune in her head.
The taxi passed and the group stumbled across the road towards her.
Martha sang too as the woman began to lead her in a waltz. After two verses they fell apart with laughter. Martha teetered backwards on her heels. The Englishman put his arm around Martha’s shoulder.
The man was still singing. Martha joined in with the next line of the song.
‘I have to go,’ Martha repeated. She couldn’t see her husband or the pushchair any more.
ABOUT THE AUTHOR

Then I wake and find you’re with me ‘No!’ Martha set off as quickly as her shoes would allow. Another car was coming down the road. The headlights were very bright, shining in her eyes as she searched for her husband in the distance.