The book however, takes a more contemplative turn when an unexpected love interest or two comes into her life. The beginning of lockdown and its effects are touched upon but not in an intrusive way. What really comes through is Pru’s loneliness and that’s something that many people I’m sure will be able to identify with, whether that loneliness is through bereavement, or over the past months with being enforced isolation or just through general disconnection that seems so common.
Deborah Moggach is the author of nineteen successful novels including the bestselling Tulip Fever. In 2012, her novel These Foolish Things was adapted for the screen under the title The Best Exotic Marigold Hotel and starred Judi Dench, Dev Patel, Bill Nighy and Maggie Smith. An award-winning screenwriter, she won a Writers’ Guild Award for her adaptation of Anne Fine’s Goggle-Eyes and her screenplay for the 2005 adaptation of Pride and Prejudice was nominated for a BAFTA. Her television screenwriting credits include the acclaimed adaptations of her own novels Close Relations and Final Demand, as well as Nancy Mitford’s Love in a Cold Climate and The Diary of Anne Frank. Deborah has been Chairman of the Society of Authors and worked for PEN’s Executive Committee. A fellow of the Royal Society of Literature, she was appointed an OBE in the 2018 New Year’s Honours List for services to literature and drama.
The Black Dress is published by Tinder Press and available in hardback, audiobook and ebook formats.
Deborah Moggach writes beautifully about what it’s like to be starting over in life at an older age with all the challenges that can bring. I guarantee that Pru will surprise you at time with some of her exploits! The Black Dress is a most enjoyable read which is warmly funny but also quite poignant at times.
When Pru’s husband leaves her, she is devastated without him. At almost 70, it’s like a form of grief and she feels so lonely. She misses him of course but also the life they shared. Both their grown up children live abroad, many of the friendships she had were joint friendships and have slipped away as she is now no longer half of a couple.
Intending to attend a friend’s funeral, Pru finds herself the wrong funeral but everyone is so kind and welcoming that she stays. Later, seeing a black dress in a charity shop window reminds her of something a friend said about acting quickly if she wants to find another man. It gives her idea and in a moment of madness she gatecrashes another funeral. One thing leads to another and she finds herself involved with the family. This becomes a bit of a regular routine leading to all kinds of sometimes awkward, sometimes amusing scenarios.
Pru is on her own. But then, so are plenty of other people. And while the loneliness can be overwhelming, surely she’ll find a party somewhere?
From the back of the book
I really liked the conversational, confiding style of writing which made it sound like Pru was having a chat with the reader. This would make a wonderful film and I was absolutely envisioning Celia Imrie as Pru while I was reading. She would be perfect as Pru and of course has already starred in the adaptation of another of Deborah Moggach’s books, These Foolish Things, which was filmed as The Best Exotic Marigold Hotel.
Pru’s husband has walked out, leaving her alone to contemplate her future. She’s missing not so much him, but the life they once had – picnicking on the beach with small children, laughing together, nestling up like spoons in the cutlery drawer as they sleep. Now there’s just a dip on one side of the bed and no-one to fill it.
In a daze, Pru goes off to a friend’s funeral. Usual old hymns, words of praise and a eulogy but…it doesn’t sound like the friend Pru knew. And it isn’t. She’s gone to the wrong service. Everyone was very welcoming, it was – oddly – a laugh, and more excitement than she’s had for ages. So she buys a little black dress in a charity shop and thinks, now I’m all set, why not go to another? I mean, people don’t want to make a scene at a funeral, do they? No-one will challenge her – and what harm can it do? 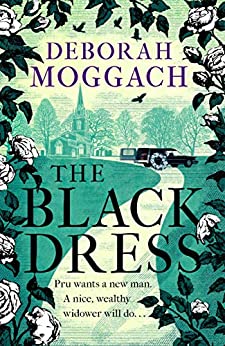 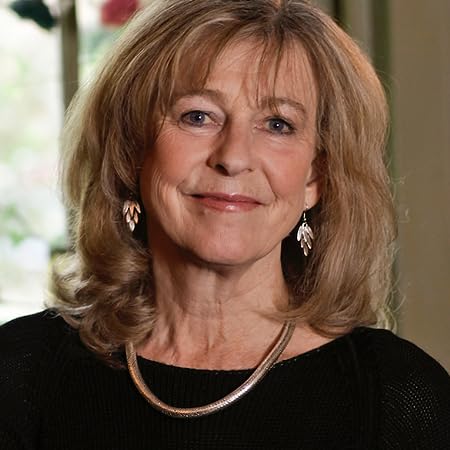