Neither of them are looking for love, and mission protocol forbids it. But love doesn’t follow the rules, and the two friends have to decide whether they want to risk everything they’ve worked for to be together.

amazon.itsnotnever.com
N.G.K. is the best-selling author of seven books, including the popular Harry the Happy Mouse and Ridgeway Furrow series which have collectively sold over a million copies around the world. It’s Not Never is his first book for adults.
About the author
N.G.K. lives in the Forest of Dean with his wife, two children, and Lulu the cat. When not writing and running his own publishing company, N.G.K. Media.
http://itsnotnever.com/
It’s Not Never by Louise Gregory and N.G.K. is available on Kindle now and in paperback on 28th May.
Fellow astronaut, John Eden, is determined to prove he is more than his family name. Yet his insecurities might cost him his place on the mission.
Louise lives by the “three r’s” – reading, writing, and running, all of which she would do more of were it not for her addiction to social media. She lives in the Cotswolds with her husband, two daughters, and a cat who is plotting to kill her.
Joining me today is Louise Gregory who, with the intriguingly named NGK, is the author of It’s Not Never. The book is out today in ebook format. The paperback will follow in May – more about the book below. She is sharing #TenThings she’d like her readers to know about her
From the back of the book
Louise Gregory is the debut co-author of It’s Not Never, and uses her extensive background in psychology, coaching and team dynamics to create multi-layered characters with deep rooted feelings and motivators.
Ambitious and hardworking, astronaut Jessica Gabriel refuses to let love get in the way of becoming the first person to walk on another planet. Or maybe she is just afraid of losing her best friend? 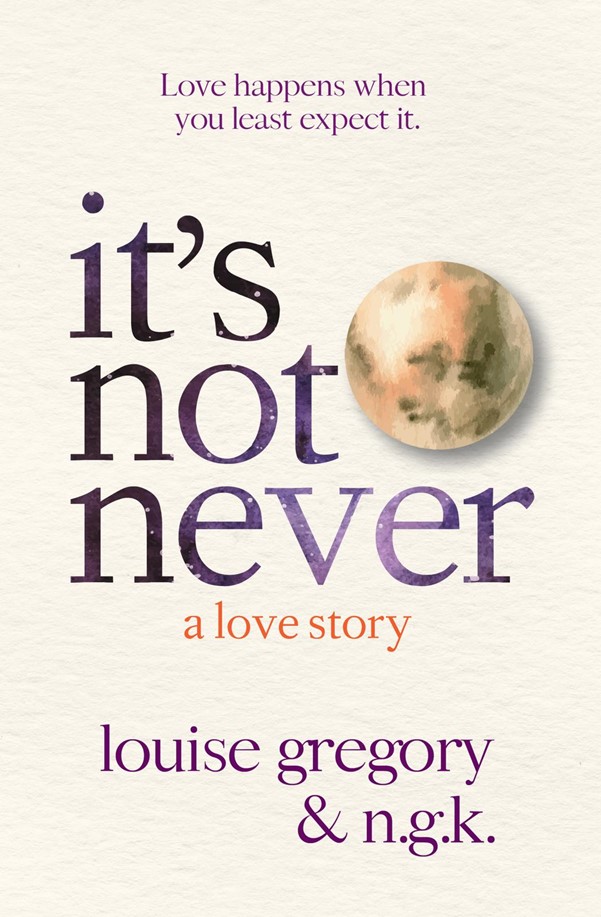