Following publication of her picture book, Rainy Day, Emma wrote three YA novels. Her first, Now You See Me, was an Amazon bestseller and nominated for the Carnegie and Amazing Book Awards. Better Left Buried, her second, was one of the best YA reads for 2015 in the Sunday Express. Her third YA novel, Cruel Heart Broken, was picked by The Bookseller as a top YA read for July 2016. 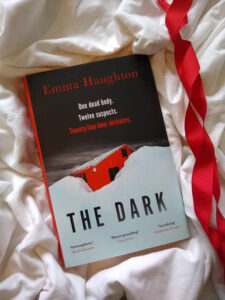 As soon as The Dark begins we are thrust into life in Antarctica in much the same way as Dr Kate North. She is arriving at the ice station there to take up a role as the doctor after the previous one died out on the ice. She’s also running away from the aftermath of a tragic accident, one which has had a huge physical and emotional effect on her.

The move seems an ideal solution for Kate: no one knows about her past; no one is checking up on her. But as total darkness descends for the winter, she begins to suspect that Jean-Luc’s death wasn’t accidental at all.
It’s my stop on the blog tour for The Dark by Emma Haughton. This is such a great thriller. My thanks to Jenny Platt from Hodder & Stoughton for the review copy of the book and the place on the tour.
And the more questions she asks, the more dangerous it becomes . . .
The Dark, Emma’s chilling new thriller for adults, will be published by Hodder in August 2021.

This is a locked room mystery but set somewhere that even if you escape you will probably die. I got a very strong sense of how cold it was from the writing and that alone was scary, never mind the fact that the previous doctor’s death might not have been an accident and that amongst the residents of the ice station might be a very dangerous person. I thought this was such a fantastic and atmospheric debut thriller, dark in more ways than one.
It took me a little getting into. Just like Kate, I had to get to know the names, nationalities and roles of all the characters, and I had to get used to the unusual setting. However, I was very quickly drawn in to the action, to the feeling that some people had a lot to hide. There are some really tense moments, none more so than when Kate has to carry out a very unexpected procedure. I couldn’t take my eyes off the page. I also really enjoyed reading about life at the ice station and imagining trying to cope with all its limitations.
I love stories that take place in settings like Antarctica. From the off there’s a real sense of foreboding about the inhospitable nature of it. After all, for humans to live there they have to rely completely on items that have been transported there. The only natural thing they can use is the snow for water. I felt a shudder go down my spine when 24 hour darkness descended, lasting for several months of the year. Add to that the fact that Kate has been placed within an already established group and the sense that something just isn’t quite right, and this is quite the unnerving read. 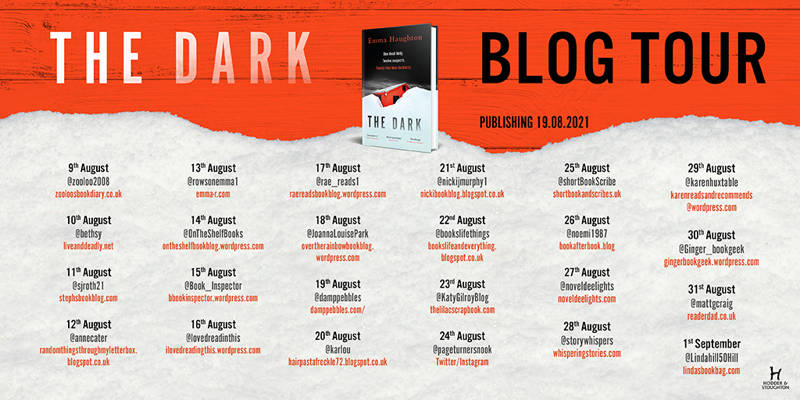 In the most inhospitable environment – cut off from the rest of the world – there’s a killer on the loose.

Emma Haughton grew up in Sussex; after a stint au pairing in Paris and a couple of half-hearted attempts to backpack across Europe, she studied English at Oxford University then trained in journalism. During her career as a journalist, she wrote many articles for national newspapers, including regular pieces for the Times Travel section.
A&E doctor Kate North has been knocked out of her orbit by a personal tragedy. So when she’s offered the opportunity to be an emergency replacement at the UN research station in Antarctica, she jumps at the chance. The previous doctor, Jean-Luc, died in a tragic accident while out on the ice.