Long-listed for The Bridport Prize 2020

The Girl with the Green Eyes, part one of Take Her Back trilogy, is published by BAD PRESS iNK on November 5, 2021. http://getbook.at/GirlWithTheGreenEyes

Nine-year-old Bella D’accourt has always known she was different; she was born into a controversial ‘designer baby’ eugenic programme, difference is in her DNA. Bella has been designed to be exceptionally beautiful, but when she uses her sadistic, manipulative charm to seriously injure another child, her mother brings her back to her creators and demands they ‘fix her’. 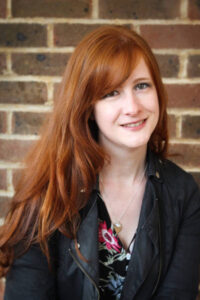 J M (Jenny) Briscoe is the author of THE GIRL WITH THE GREEN EYES which was long-listed for The Bridport Prize: Peggy Chapman-Andrews First Novel Award in 2020. It is part one of a soft sci-fi trilogy called TAKE HER BACK. She has also written a YA novel, THE THING ABOUT AMELIA, which was long-listed for the 2016 Mslexia Children’s Novel Competition. Jenny lives in Berkshire, UK, with her husband, three children and two fairly indifferent cats. She writes a light-hearted parenting blog called Insert Future Here.
Welcome to my stop on the blog tour for The Girl With the Green Eyes by J M Briscoe. I have a fascinating guest post to share with you today all about the author’s inspiration for the book and what sort of research she did. My thanks to Grace Pilkington Publicity for asking me to be a part of the tour and to the author for providing the post. The book is published by Bad Ink Press and is available now.

But Ariana, 12, isn’t so sure she wants to be protected by Bella anymore.
In terms of research for this novel, I looked into the current applications of genetic modification, mostly to see if the concepts I was thinking about were based on anything resembling reality or if it was purely science fiction. I found it quite fascinating to read about the gene editing which is applied in the real world, from livestock bred to produce as much meat as possible to genetically modified crops and the targeting of human DNA to isolate and correct mutations which cause disease. I also read up on the history of eugenics, about how the idea of selective breeding was posed as early as 370BC by Plato, how ancient civilisations used to test their babies’ strength by leaving them exposed to the elements, and forced sterilisations sanctioned as recently as the 1980s. I found this all so interesting (not to mention disturbing) that I decided to include some of it as a talking point in the novel itself.
Thus begins Bella’s new life among scientists and other eugenic ‘Subjects’ at the mysterious Aspira Research Centre in Cumbria. But an enemy lurks in the shining laboratories set among idyllic mountains; an obsessive, murderous enemy who will, years later, drive Bella from all she has worked for and into a desperate, night-time flee across the country with her daughter, whom she will protect at all costs.
Part one of the TAKE HER BACK trilogy
The Girl with the Green Eyes began life over 13 years ago as the opening of a children’s fantasy novel for my Creative Writing BA. The storyline was about children growing up in a sheltered institution/academy where they were immersed in a suggestive environment intended to harbour supernatural ability. It featured a flying child, her kindly scientist mentor and her enigmatic, anti-heroine mother, Bella. I did actually draft out a full version around 2016 but, as much as I loved the characters and the suggestive-ability storyline, I knew that as a novel it just didn’t work, so I shelved it. A few years later – with the characters continuing to haunt my imagination – I revisited the story. I realised straight away that it should never have been a children’s novel – that the potential for darker themes, the possibility of a more scientific-based approach, the heavy questions I was posing about what it is to be human, to be vulnerable – was all better matched to an adult readership. I also realised that Bella was a far more interesting character than any of the children in it! 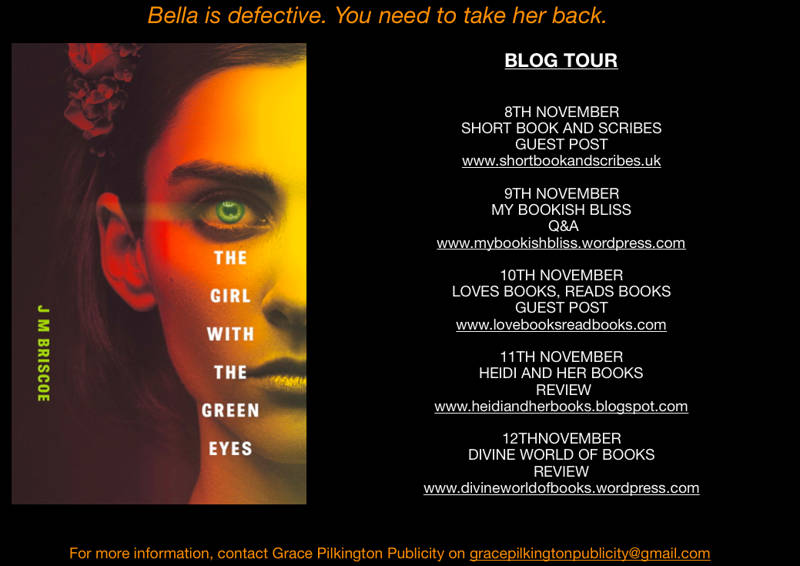 Bella is defective. You need to take her back.

I was pregnant at the time I revisited the novel, which I think partially inspired the genetics element of the story. The foetus represents so much unknown, uncontrolled possibility. What if parents could choose aspects of their baby’s future, like selecting items from a menu? What if that child then started to display characteristics that weren’t what they’d ordered? What sort of impact would that have on the child? When I’d first conceived the character of Bella all those years ago, she was this beguiling antagonist whose charisma and beauty hid an evil ruthlessness. With this idea of her as a former ‘designer baby’ she evolved into a main character in her own right, still beautiful and often ruthless but in possession of a conscience and a past which shadows every decision she makes. Thus was born The Girl with the Green Eyes.