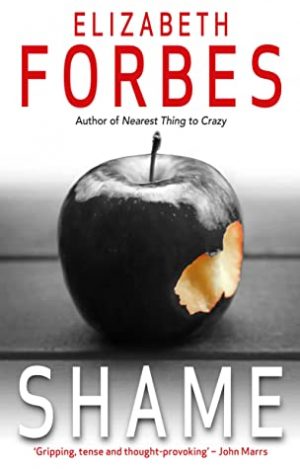 At their twins’ Fred and Delilah’s twenty-first birthday party events conspire to uncover disturbing emotional connections, and threaten to reveal a past that has long been concealed.Soon after, a holiday designed to repair the damage exposes further rifts that could spread beyond the family and possibly change their futures forever.Elizabeth Forbes was born and raised on the Isle of Wight and now lives in Herefordshire with her husband, two dogs and two hens. She published three romantic thrillers under the name Elizabeth Harrington: The Corporate Wife, Making Up and Daddy Darling. She then took a break from writing and enrolled with the Open University to study for a degree in Literature. She completed her BA with First Class Honours, and also achieved the OU’s Diploma in Creative Writing. Her first psychological suspense novel, Nearest Thing to Crazy, was published by Cutting Edge Press in 2013. BBC Radio 4’s Woman’s Hour and the Mail Online featured the novel because of its gaslighting subject matter. It was a bestseller in Amazon UK’s psychological thriller charts. Her second novel published by Cutting Edge Press in 2014 was Who Are You? which is a dark and twisty tale focussing on the stormy marriage of two people affected by PTSD and childhood trauma. Elizabeth has recently re-published these novels independently with Amazon KDP, and plans to publish a new novel in the summer of 2021.Publisher: Independently Published
Format: Ebook, Paperback (1 June 2021)
Page count: 293 pages
Source: Copy received for review
George and Martha have things they’d rather keep hidden from each other: private thoughts, desires and secrets which, if discovered, could cause untold shame. But to an outsider they appear to have a happy, contented and conventional family life. Well, what a whole bunch of secrets are being hidden in this marriage. GP Martha Wilshire and her husband George appear to everyone to have a happy life. George has a busy career of his own and is often away from home. Their grown up twins (and I use the term ‘grown up’ loosely as they often seem quite spoilt and immature for 21 year olds) are making their own life however so much discontentment and regret bubbles under the surface and it takes a birthday party and a holiday for the threads to start unravelling.

With a slow build up, and with just enough information trickling through the story to make the reader wonder about past events and current liaisons but not enough to know for certain, this is a slow meander through a marriage in crisis – if only the parties themselves realised it.
My thanks to Elizabeth Forbes for sending a copy of Shame for review – and happy publication day! The last time I featured a book by Lizzie on the blog was in 2014 -when I reviewed Who Are You. Knowing just how good her writing is, I jumped at the chance of reviewing her latest.
I can understand why it ended in the way it did and it was possibly the best way. However, honestly I would have liked to have known more. This is really just a minor point though and doesn’t detract from what is a book that is at times raw with emotion. Elizabeth Forbes has written another fabulous book and I thoroughly enjoyed it. Highly recommended.
I’ve seen this described as a psychological thriller – personally I wouldn’t have described it as such, (unlike other books that the author is known for), even though due to some clever writing, there was a time when I thought that the story had veered towards a crime thriller (or possibly my imagination in overdrive!). In my opinion its the story of a family and marriage with a very dark edge to it. It is rich with superb characterisation and highlights so accurately feelings of inadequacy, jealousy, passion, love and regret.
Shame is an excellent character driven novel with an authentic cast – with all their strengths, flaws and dishonesty displayed. As the story moves towards its climax, we really do see the pain and hurt caused by long held secrets and desires.
There are a myriad of characters here, many of whom don’t behave particularly well – the title of Shame could apply to more than one of them.

As a GP, Martha is used to helping her patients mend physically and mentally, but can she do the same for her husband and children, or will the ensuing damage leave wounds that will never heal?