I have an fabulous extract from The Phone Call by AJ Campbell to share with you today. This is her fourth psychological thriller and it’s certainly a tantalising extract! If you like the sound of it, you can order a copy here: The Phone Call
Waiting for the phone call to arrive, Joey repositions himself on the top bunk. He holds the letter up to the light and scans the details again. Nine days, that’s all he’s got. Distressing images of the debt enforcement agent’s knock at the door, and what this will do to his family, consume his thoughts. This and the car insurance that is soon due for renewal. Turning on his side, he thrusts out his arm and opens his hand. He watches the letter flutter to the floor, berating himself for the council tax arrears.
Been busy. Will try. Jx
Did you get my texts, Joey? Couldn’t ask for that two hundred back I lent you at Christmas, could I?
About the Book
SUNDAY
About the Author
Extract
It buzzes again. This time it’s Becca. Butterflies twitch in his stomach. They always do where she is concerned.
He rolls onto his back and stares at bumps on the Artex ceiling, leaning his knees this way and that, unable to get comfortable. Stars like fireworks flash in his field of vision, a pulsing pain behind his eyes. He tenses up. One of his relentless migraines is all he needs. Reaching over to the clip-on lamp fixed to the bed frame, he switches off the light, praying the looming headache will pass before it gets a hold and makes him feel that his brain will burst out of his head.
The usual evening rumblings float up from downstairs. Everyone is blissfully unaware of the trouble he is in. His phone buzzes. He lifts the screen to see a text from a bloke he knows from the pub. The third message he’s received from him in the past week.
He snorts. He’s not got enough money to put a tenner of petrol in the car, let alone buy a pint at the pub. He checks for missed calls, although he knows he won’t find any. Only two minutes have passed since he last looked. An edgy two minutes as he wills the call to arrive. He wants to get this over with. Another couple of minutes drag by before the ringtone tears through the air like an explosion.
As Joey tries to find a way out, he becomes further embroiled in a web of secrets, lies, and deceit. At risk of losing everything and everyone he holds dear, Joey must consider the unthinkable.
Sometimes the guilty are innocent
So when a phone call brings Joey the chance to ease the burdens of his life, he grabs the opportunity, even though he knows things are not entirely as they should be. He justifies it to himself as a way to get back on his feet. But when he finds himself party to a crime involving Becca, he panics.
Joey Clarke was just fifteen when his dad died, leaving him to raise his much younger siblings as his mum dealt with the trauma of bereavement and her failing health. Ten years on, Joey’s only pleasure is spending time with his friend Becca, the love of his life. It’s the one escape from his dead-end job, his ever-increasing debts, and the fear that enforcement agents will knock on his door any day.
AJ Campbell is the author of the Amazon bestselling novel Leave Well Alone, which readers describe as ‘a gripping story with a killer twist’. She writes in the psychological suspense, thriller and mystery genres. Her second novel Don’t Come Looking, although a standalone story, is a sequel to her debut and was released in April 2021. Her third novel Search No Further was published in December 2021.

Come to the pub. People are saying they’ve not seen you for ages. Bx 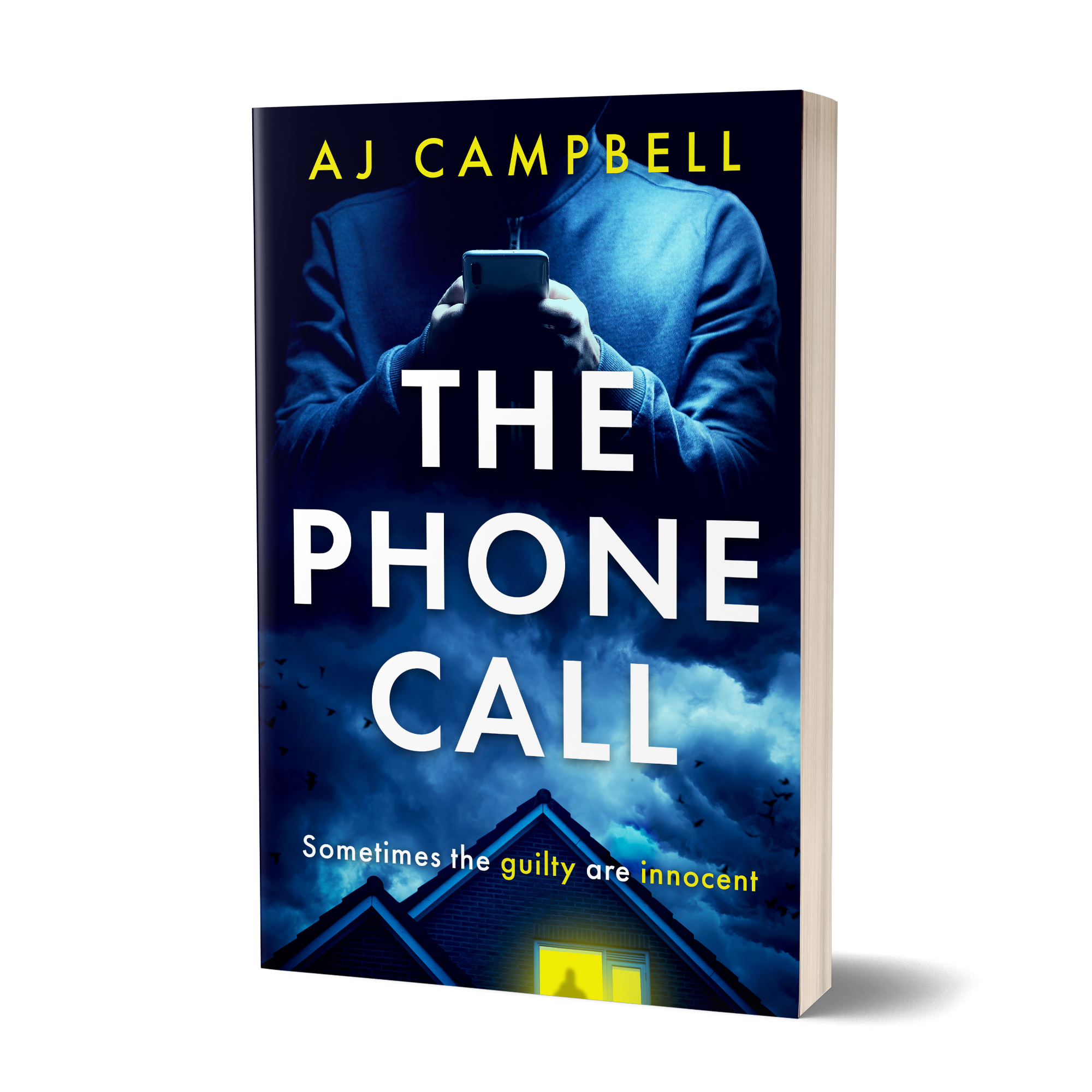