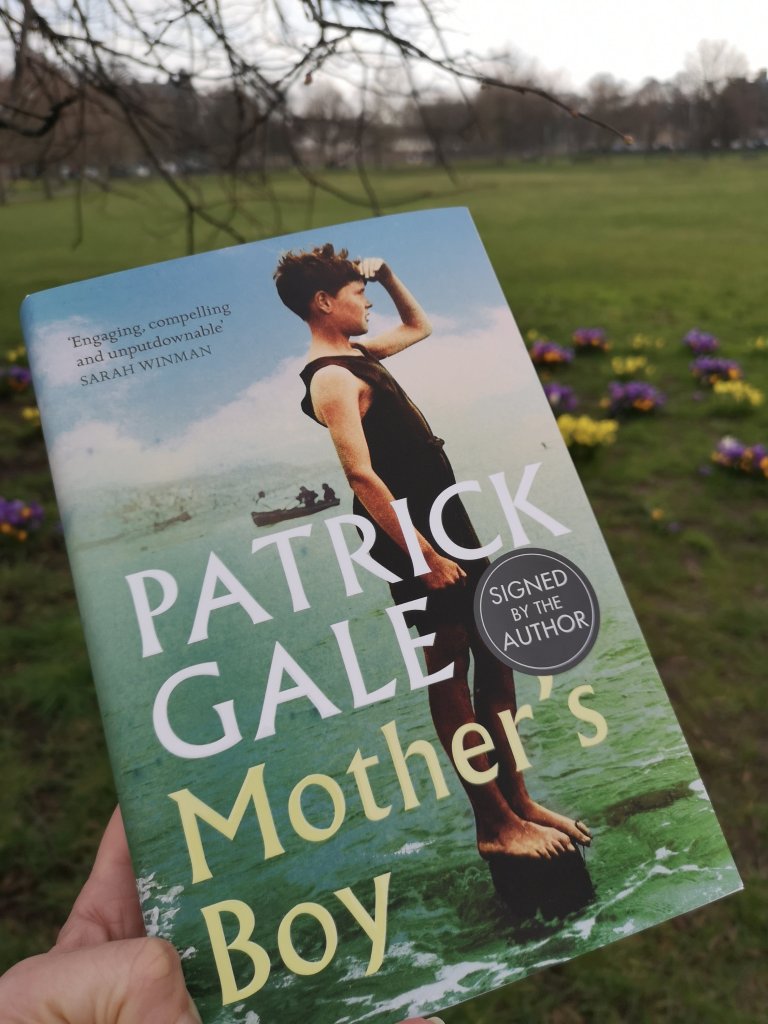 Event description from the programme
I hope you can tell how much I enjoyed the event and how fascinating I found it. As I mentioned at the start, I thoroughly enjoyed the book and encourage you to read it. I had bought an independent bookshop copy of the book which was already signed, but as you can see above, my copy has now been personally dedicated which rather made my day. I know the author signed copies in the book festival bookshop so if you are in Edinburgh, if you pop in, you might be able to buy a signed copy.
As you’ll know if you are a regular reader of the blog, Patrick Gale is one of my favourite writers. I should have seen him talk about this book earlier in the year but the event was postponed and the rescheduled date was when I was in Canada! So I made very sure to buy myself a ticket for his Edinburgh Book Festival event on Thursday. I thoroughly enjoyed his latest, novel Mother’s Boy, and was looking forward to hearing more about it. You can read my review of the book here: Mother’s Boy.
Well, it’ll come as no surprise to hear that I absolutely loved this event. I was fortunate enough to get a front row seat so had a great view, although you would have been able to see the stage from anywhere in the hall. The event was very ably chaired by writer Rodge Glass, who is a Senior Lecturer in Creative Writing at the University of Strathclyde in Glasgow. He began by asking a question about the novelisation of the real lives of Charles Causley and his mother Laura. Patrick Gale explained that was inhibited in his writing since these real people who were famously private and there was something a bit forbidding about Charles Causley. Later in the event he said that elderly people in Launceston, where Causley lived his entire life, who had known him only ever referred to him as Mr Causley. He retained that schoolmaster persona to them, even after he became well known as a poet.

About the Event
Generations of children have been enchanted by Charles Causley’s bittersweet verses; there was even a campaign to make him Poet Laureate. Mother’s Boy, by bestselling novelist Patrick Gale, illuminates the life behind the poems. Brought up by an overprotective mother, and hiding his sexuality throughout his life, Causley is a man at odds with himself in this multi-layered novel. Discover how Gale approached this complicated life in this conversation.

I remembered hearing Patrick Gale talk about this book when he was in the early stages of researching the book and he said at the time it was likely to be entirely fictional, although based on Causley’s life, that he might not even use Charles’ name and that it would just be a book about a poet and his mother. I had the opportunity to ask him why he had changed his mind. He replied that he was ready for it to be fictional if the Charles Causley Trust (of which he is patron) had said they didn’t want it written that way. He said he would still have written the book as fiction but he’s glad he they gave permission, as he is delighted when readers think they’ve been reading about a fictional character, then discover that Charles Causley was real. He says it’s wonderful to think of people then going away to find out more. Personally, I have been listening to Causley on Desert Island Discs this afternoon after hearing it mentioned earlier and it’s a joy to hear his voice.
There is much more I could tell you about this event which also included discussion about Causley’s exceptionally close relationship with his mother, some of the facts uncovered during Patrick Gale’s research, debate about Causley’s sexuality and evidence for that, his wartime experiences and how that possibly opened his mind to writing poetry. Indeed, one of the highlights of this event was Patrick Gale reading two of Causley’s poems aloud: Rattler Morgan and Eden Rock. You can catch the whole event on the Edinburgh Book Festival website, where you can watch on a pay-what-you-can basis. (You’ll see a red faced me ask my question – it was rather hot!) You’ll find the event here: Patrick Gale

When talking about his research, Patrick Gale explained that he was true to all the known facts about the Causleys, even ones that were perhaps a bit inconvenient for the story. Causley was a bit prickly, not that easy to like and Gale realised that it was through his mother, who obviously adored her her son, that he could get readers to like him too. He spent a week living in the last house Charles and Laura lived in in Launceston, Cyprus Well, sleeping in Laura’s bed! The house is owned by The Charles Causley Trust. Very little is known about Laura’s early life so it much of her story is imagined. We were treated to a reading about Laura from early in the novel, around 1914 when she was first getting to know Charlie Causley who became her husband. 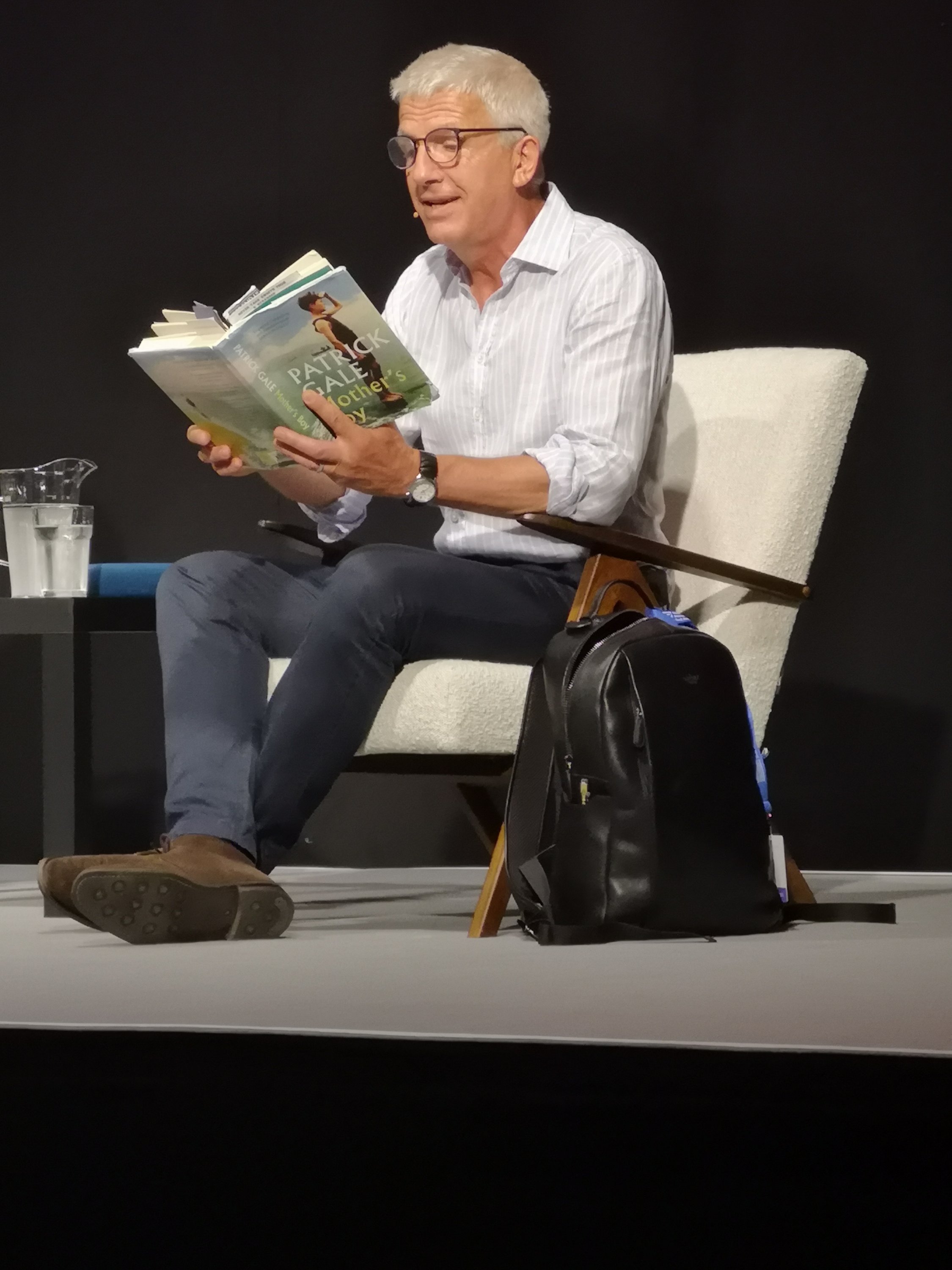