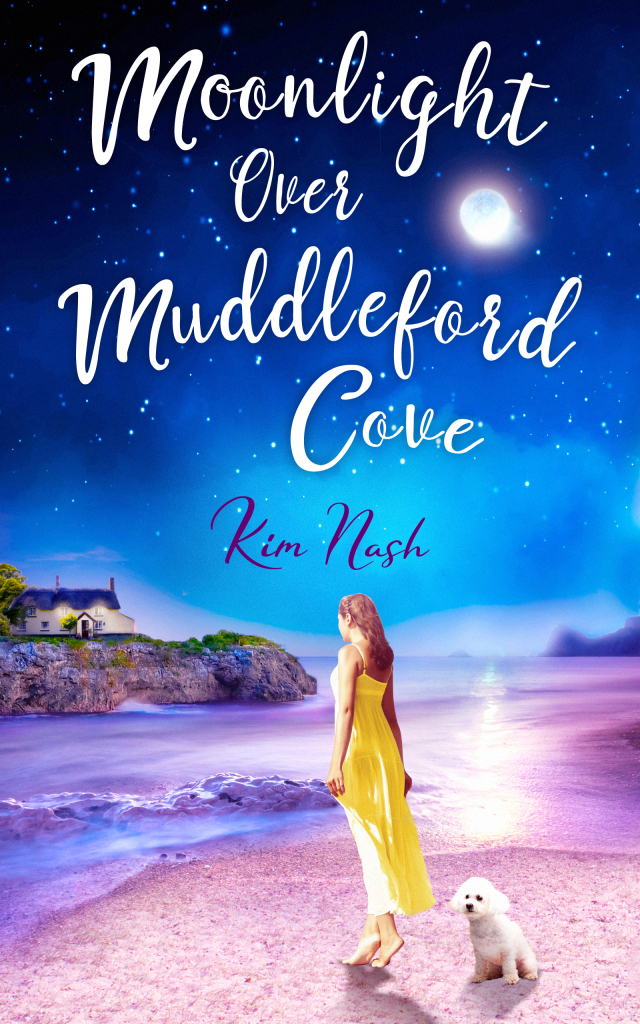 Kim won the Romantic Novelists Association’s Media Star of the Year in 2016, which she still can’t quite believe. She is now quite delighted to be a member of the RNA.
First of all, can I just say how beautiful is that cover? Muddleford Cove, the fictional location of this book, sounded like a wonderful place to stay. Even though I live by the sea myself, I just wanted to go there on holiday and sit in one of the beach huts on the shore.
She lives in Staffordshire with son Ollie and English Setter Roni, is Head of Publicity for Bookouture and is a book blogger at http://www.kimthebookworm.co.uk.
Kim Nash is an author of uplifting, funny, heartwarming, feel-good, romantic fiction.
UK: https://amzn.to/2NXKaJ7
US: https://www.amazon.com/dp/B08VHNLRML
Buying Links
About the author
From the back of the book
Jack, now a devilishly handsome vet, has the local pet owners swooning over him, and as Nellie and he become close once more, and she gets used to gossiping with the locals and sipping wine at her beach hut with sand between her toes, she’s sure she can feel sparks flying once more. But just as she thinks she might be able to open her heart again, her newest frenemy, the glamourous Natalia, tells her a secret about Jack that changes everything.
https://www.kimthebookworm.co.uk/When she’s not working or writing, Kim can be found walking her dog, reading, standing on the sidelines of a football pitch cheering on Ollie and binge watching box sets on the TV. She’s also quite partial to a spa day and a gin and tonic (not at the same time!) Kim also runs a book club in Cannock, Staffs.For a feel-good read, look no further than this book. Kim Nash has such a warm and engaging style of writing. With sunnier days hopefully on the way, pour yourself a glass of something cold, get yourself outside in the sunshine and enjoy a trip to Muddleford Cove.Moonlight Over Muddleford Cove is a real rags to riches story. Life for Nellie Wagstaff seems like it couldn’t get any worse when she loses her job and discovers her fiance has been cheating on her on the same day. Out of the blue though, she gets a call from solicitors to say she is the beneficiary of a substantial inheritance from her aunt in Dorset. Muddleford is where she spent her childhood holidays and where she first fell in love with local lad Jack.Her latest book, Sunshine and Second Chances, was shortlisted for the 2020 Amazon Kindle Storyteller Award.
An utterly uplifting and completely hilarious summer read about learning to trust yourself and of finding love and friendship in the least expected places for fans of Jessica Redland, Heidi Swain and Holly Martin.

Heartbroken, Nellie escapes to the beautiful seaside town of Muddleford in Dorset, where she discovers she’s inherited more than she ever bargained for. Nellie never knew why her mother stopped talking to her sister, but now childhood memories of Muddleford come flooding back: long hot summers, the sea glistening beyond the sandy cove… and a stolen kiss with a boy called Jack.Nellie will never know why her mother and aunt parted ways. She’ll sell the house, forget about Jack, and get back to real life. Because there’s nothing for her in Muddleford… is there?When thirty-four-year-old Nellie Wagstaff loses her job and discovers her fiancé is a cheating scumbag in a single day, she feels like the world has come crashing down. And that’s before the solicitor’s letter, along with a request to visit a place she hasn’t thought about for a very long time.The community of Muddleford sounded so lovely too with all Nellie’s new neighbours being so welcoming to her. It was lovely hearing all the stories about her aunt Lil from her friends at the Women’s Institute. Norman was quite the character too! Nellie’s first love Jack has grown up into another caring individual and is the local vet. Could there still be a spark between them or was Nellie looking for something that just wasn’t there? Certainly Natalia had plenty to tell Nellie about her own relationship with Jack. Natalia is one of those love-to-hate-you characters who can be such fun to read about!My thanks to Rachel at Rachel’s Random Resources for the invitation to take part in the tour and for providing a review e-copy of the book. Moonlight over Muddleford Cove is available now in ebook format.This is such a sweet romantic story with more than a few funny moments. There is such a lovely thread of romance running through the book and if anyone deserves true love and a happy ever after, it’s Nellie. She was such a lovely character, the kind you are cheering on all through the book. One of her biggest supporters is her friend Shivana. Who wouldn’t want a friend like Shivana? She was supportive, down to earth, so caring and not afraid to tell things like they are and be brutally honest when needed.Sign up to be the first to hear about new releases. Your e-mail will not be shared with anyone else and you will only contacted about Kim’s books. 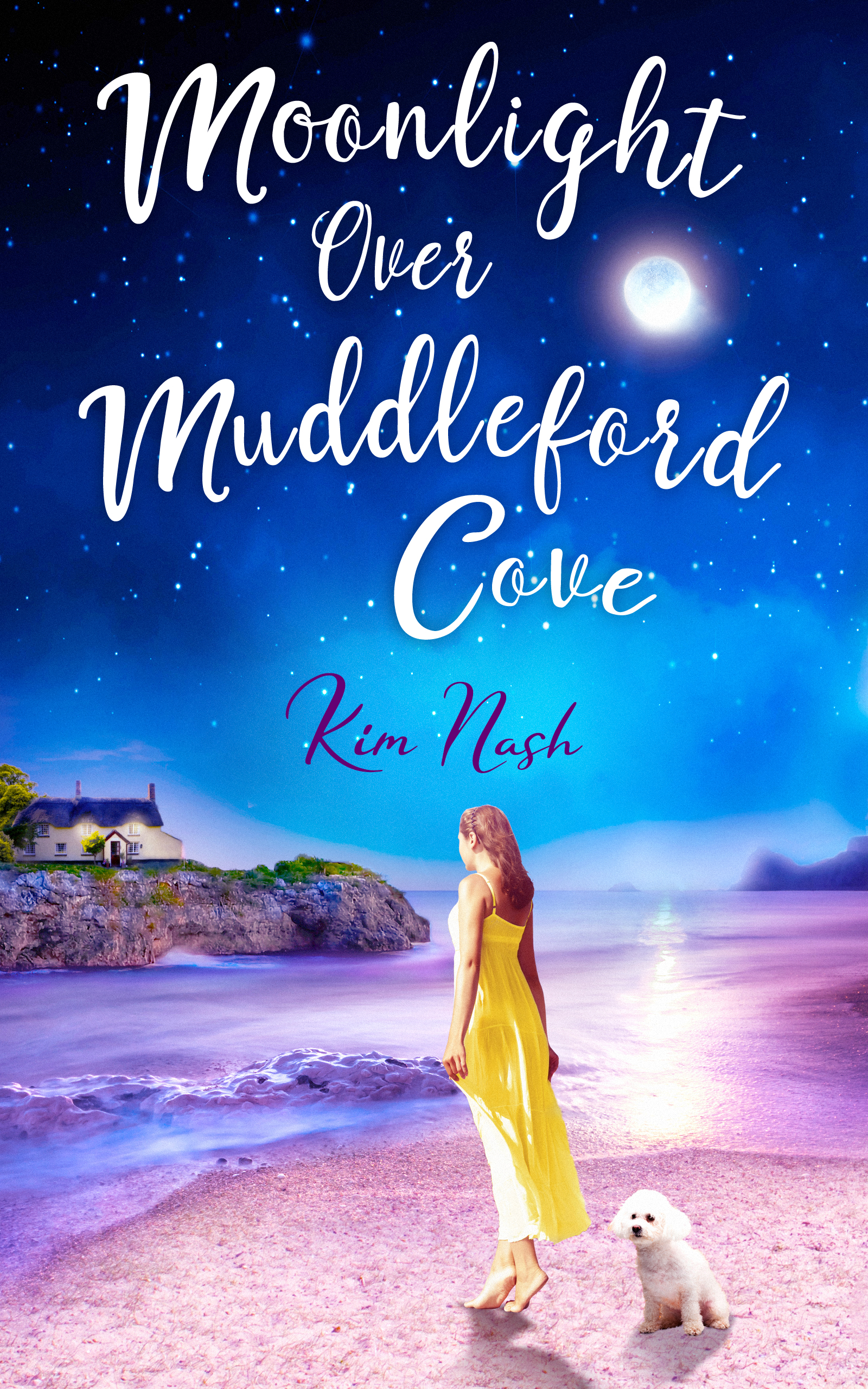