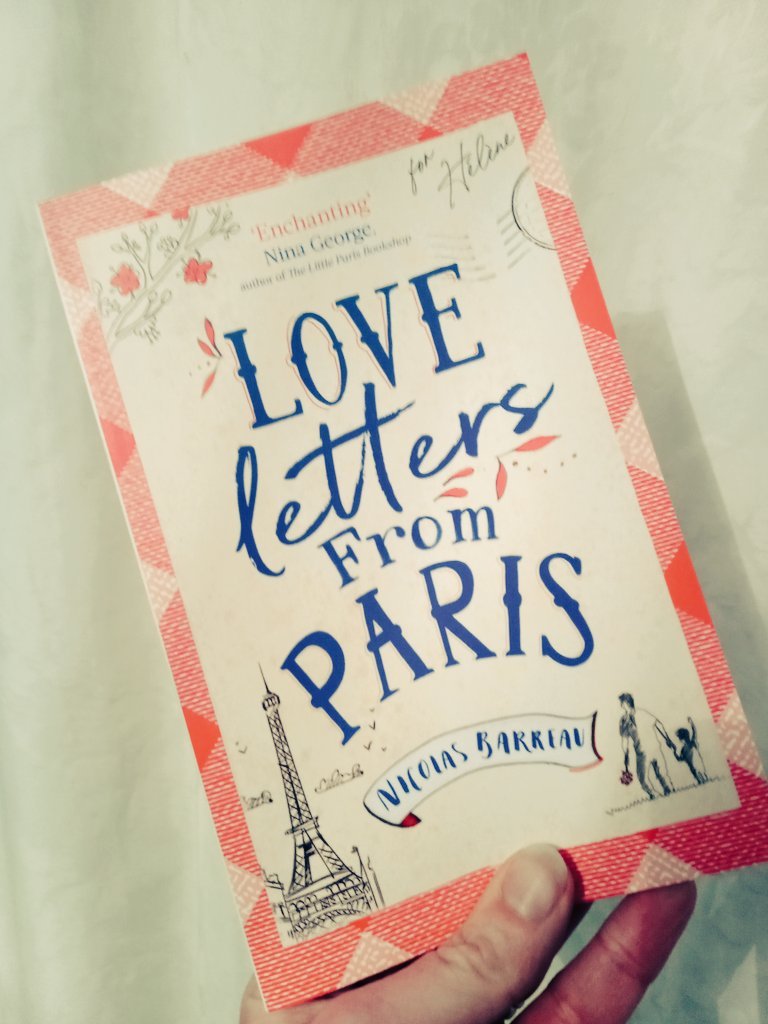 Julien’s story begin somewhat sadly with the death of his young wife Helene. Before she died, she made him promise to write her 33 letters (one for each year of her life) telling her what is his life is now like with their young son Arthur. Julien, rather ironically, is a romantic novelist and not only does he feel unable to write about love any more, he is also struggling to fulfill his wife’s wish. But once he does start to write the letters, he finds life beginning to change for the better, just as she said it would.
Love Letters from Paris is a charming and quirky read and definitely a book to speak to the romantic inside you. Why not treat yourself to a copy and see if you agree that “every world is touched by love”.
About the author
But Hélène was clever. Before she died, she made Julien promise to write her one letter for each year of her life . . . and now, in this moment, in the most famous cemetery in Paris, Julien stands with his painful first letter in his hand. Here, even though Julien wouldn’t believe it, something wonderful is going to happen . . .
My thanks to Francesca Banks at Piatkus (a Little Brown imprint) for sending me a copy of this book. Love Letters from Paris is available now in paperback and as an ebook. You will find buying options for various retailers on the Little Brown website here: Love Letters from Paris
Come with us down the narrow streets, past the cosy red bistro on Rue Gabrielle, all the way to Montmartre cemetery with its beautiful stone angels, and discover the truth we all hope to find: that love is real, that miracles can happen and – most of all – that it’s never too late to rediscover your dreams.
On Valentine’s Day what could be more appropriate than a story about love letters set in the city of love itself – Paris?
Julien Azoulay is famous around the world for his beautiful romance novels. But last year, he stopped believing in love. When his beloved wife Hélène died, leaving him alone to raise his young son, Julien lost his faith in the happier side of life – and with it his ability to write.
NICOLAS BARREAU was born in Paris, the son of a French father and a German mother. He studied romance languages and literature at the Sorbonne and worked in a bookshop on the Rive Gauche in Paris but is far from an inexperienced bookworm. He has sold over four million copies of his books across Europe.
I rather enjoyed this book. I really felt for Julien at the beginning when he was so lost without Helene who he obviously deeply loved. I thought that some of his friends were being a bit insensitive in their rush for him to get on with his life. However, as he did finally begin to write the promised letters, he began to see that his wife was right. They made him see that life was going on, as it inevitably does, and that there were still possibilities for him to find happiness.From the back of the book
I really loved Julien’s little son Arthur with his straightforward way of looking at the world. Some of the things he said made me laugh out loud while at the same time causing his father some embarrassment! The letters which Julien wrote were so heartfelt and full of love, they really expressed his sense of loss. I don’t want to give anything away but the way writing the letters made such a change in Julien’s life was rather lovely, with a hint of ‘You’ve Got Mail’ about it – appropriate given the title of this book.
LOVE LETTERS FROM PARIS is an ode to love, Paris and friendship. A love letter to readers and to anyone who believes in the healing power of the written word. 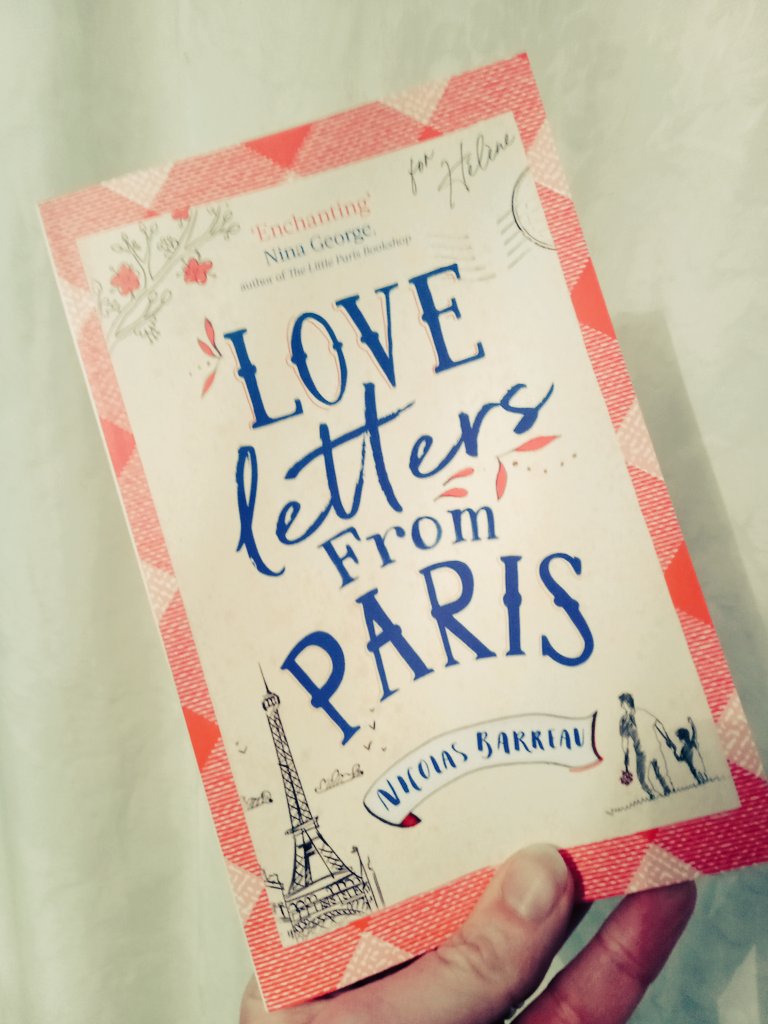