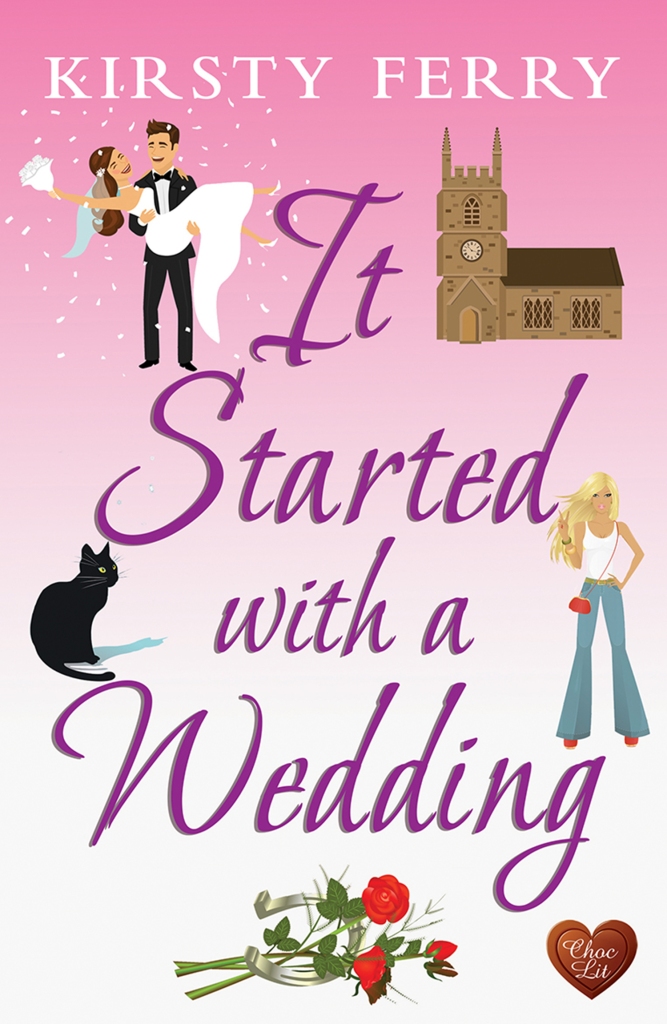 But when Nessa and Schubert are involved, surprises are bound to happen and, despite less-than-perfect first impressions, perhaps something new and beautiful can still blossom for Alfie and Fae …
The bits of Wuthering Heights that stay with me are the speeches between Cathy and Heathcliff, and especially the last few words: “I lingered round them, under that benign sky; watched the moths fluttering among the heath and hare-bells; listened to the soft wind breathing through the grass; and wondered how anyone could ever imagine unquiet slumbers for the sleepers in that quiet earth.” The speech is musical – I love it – and so far from the voice of the narrator that it kind of throws you out of the book a bit. With Touch Not the Cat by Mary Stewart, I love the way Bryony and her mystery lover communicate telepathically as she has inherited the Ashley ‘sight’, and at one point she is just drawn inexplicably to where he is … I love all these elements, and the paranormal with a bit of romance in it is just wonderful to write.
It’s Nessa who points him in the direction of Bea’s Garden, just outside Edinburgh, where he’s tasked with picking a “very-relevant-bouquet”. It’s there he meets Fae Brimham, who might be prettier than any bouquet bloom but doesn’t seem impressed by Alfie’s sensible, scientific side.
I never intended to write romance. To me, romance was all Mills and Boon. As a teenager, I used to buy my gran a doctors-and-nurses based Mills and Boon pocket novel every couple of weeks and knew there was no way I could write one of those, even though my A-level English teacher told us there was simply a formula and you just had to follow it. I was more into Victoria Holt, Mary Stewart and Wuthering Heights. Now, with the wisdom of being (quite a few years) older, I can see they were romances as well – only they were Gothic Romances. Who’d have thunk it? Later, during my Literature degree, I learned that there was so much more to Wuthering Heights than just Cathy and Heathcliff’s passionate relationship, but that’s another story!
Her day job involves sharing a building with an eclectic collection of ghosts, which can often prove rather interesting.
I have recently read a lot of ‘chick lit’ books and women’s fiction – I needed to be uplifted in lockdown and wanted something appealing. One of my favourites was Every Woman for Herself by Trisha Ashley. There was a wry humour to the book, and everyone was crazy, plus there was a healthy dose of Brontë-ness, so I adored it. Another favourite is Harriet Evans Going Home which had me laughing out loud. Stargazy Pie by Laura Lockington was also brilliant, along with the Little Bookshop series by Annie Darling.
Guest Post: Kirsty Ferry on writing romance…
Twitter: @kirsty_ferry
Facebook: Kirsty Ferry Author
Kirsty loves writing ghostly mysteries and interweaving fact and fiction. The research is almost as much fun as writing the book itself, and if she can add a wonderful setting and a dollop of history, that’s even better.

Alfie McCreadie wants his twin sister Nessa to have the best wedding ever, but he’s not happy at being roped in as wedding planner – especially as, unbelievably, his main assistant seems to be Nessa’s cat, Schubert. Anyway, Alfie is a scientist. He might know his protons from his neutrons, but what does he know about weddings?
Kirsty Ferry is from the North East of England and lives there with her husband and son. She won the English Heritage/Belsay Hall National Creative Writing competition and has had articles and short stories published in various magazines. Her work also appears in several anthologies, incorporating such diverse themes as vampires, crime, angels and more.
It Started With a Wedding is Kirsty Ferry’s latest book in her series featuring Schubert the black cat – and the various members of the McCreadie family of course. It’s out from ChocLit next Tuesday and I’ll be reviewing it then. I’m reading it just now and it’s great fun! In the meantime, I asked her why she writes romantic fiction, something she does so well in my opinion. You’ll find details about the book and some pre-order links later in the post. First though, let’s hear what novels influenced Kirsty and why she writes in this genre.
About the Author
And we need to celebrate that romance is an overarching theme, and not just Mills and Boon (hats off to those who can write those books, though!); that ‘romance’ can have so much more within in. So yes – now I love writing romance, and will, I’m happy to say, continue to do so – so long as people are happy to read my books!
Kirsty’s latest romantic comedy It Started with a Wedding is out on 22nd February 2022.
You can find it on Kindle, Kobo, Apple Books, Google Play and Nook.

I tried to write the next Wuthering Heights several times when I was younger, and failed miserably. Then I tried to write Victoria Holt and Mary Stewart based books. And failed miserably. One of these efforts did indeed eventually get published by Choc Lit, though, as A Secret Rose, with a lot of reworking! I joke that it took me twenty years to write that book …
I think what I’ve learned over the years is that romance isn’t just Mills and Boon, and I fear the poor genre is maligned a lot. All my books for Choc Lit and Ruby Fiction are romances, but they are all different styles. There are elements of Wuthering Heights and Mary Stewart and Victoria Holt in some of them – of course there is – but there are also contemporary, fun books like the Schubert series (the latest book in this series – It Started With a Wedding – is out in February 2022), the Tempest Sisters series and the new Padcock series. But … They. Are. All. Romance.
About the Book
It’s one thing to be asked to plan your sister’s wedding; it’s quite another when your sister is Nessa McCreadie … 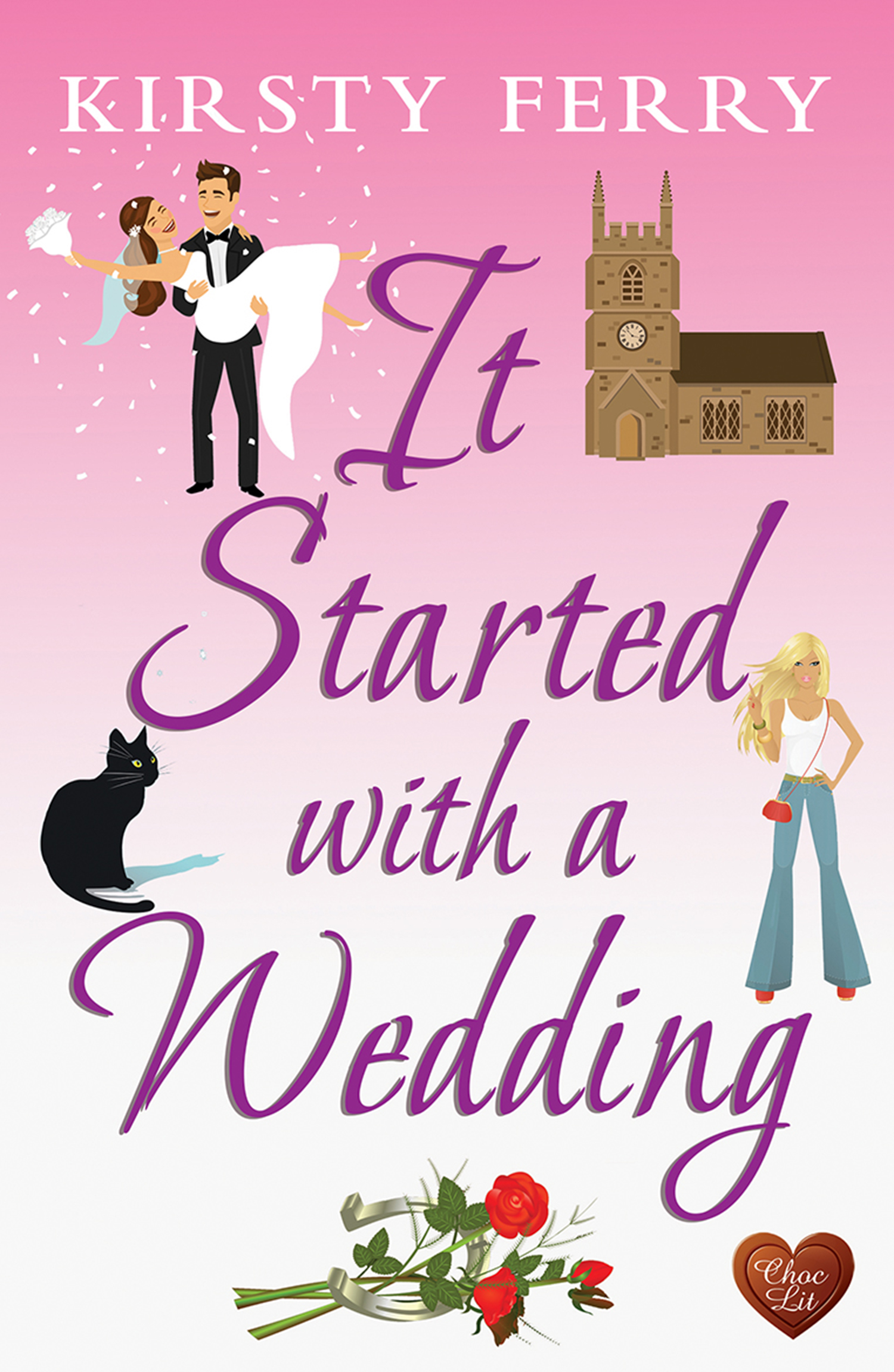