Sometimes the most precious treasures exist in the most barren and inhospitable of places …
QUEEN OF THE DESERT is available as ebook from Amazon and Kobo
About the Book
But on the long, hot Saharan nights, is it any wonder that her heart begins to thaw towards her guide – especially when she realises Lucas’s roguish façade conceals something she could never have expected?

Harriet Montague is definitely too much of a gentlewoman to be frequenting the backstreet taverns of Algiers. But her father has been kidnapped whilst on an expedition to the tomb of an ancient desert queen, and she’s on a mission to find the only person who could save him.

I listened to artists such as Bombino and Tinariwen, for example, as well as some more traditional music featuring the imzad, a traditional Tuareg instrument only played by women. The imzad is at the heart of the Tuareg culture and society because of its link to the Achak, the code of honour every Tuareg must live by. Those who stray from the path and commit dishonourable acts are said to have lost the ability to ‘hear the imzad’ in their heart and are therefore cast out of their family and their tribe.
Originally from Lyon in France, Marie now lives in Lancashire and writes historical and contemporary romance. Best-selling LITTLE PINK TAXI was her debut contemporary romantic novel with Choc Lit. A PARIS FAIRY TALE was published in July 2019, followed by BLUEBELL’S CHRISTMAS MAGIC in November 2019 and bestselling romantic suspense ESCAPE TO THE LITTLE CHATEAU which was shortlisted for the 2021 RNA Jackie Collins Romantic Suspense Award. HAPPY DREAMS AT MERMAID COVE is her latest contemporary romance. QUEEN OF THE DESERT is Marie’s second historical romance, following on from ANGEL OF THE LOST TREASURE which features another member of the Saintclair family.
She also writes short stories for the bestselling Miss Moonshine anthologies, and is a member of the Romantic Novelists Association and the Society of Authors. Her novels are available as ebooks and audiobooks on Amazon and various other platforms.
It’s just unfortunate that Lucas Saintclair, the man Harriet hopes will rescue her father from scoundrels, is the biggest scoundrel of the lot. With a bribe in the form of a legendary pirate treasure map, securing his services is the easiest part – now Harriet must endure a treacherous journey through the desert accompanied by Saintclair’s band of ruffians.
Thank you very much for welcoming me on your blog today to talk about my latest release, a historical romance entitled QUEEN OF THE DESERT, which is set in 1845 and takes place mostly in North Africa. Lucas Saintclair is hired as a guide by Harriet Montague to rescue her father, a British Museum archaeologist, who she believes was captured by Tuaregs in the far South of the country.
I hope readers will be as spellbound by the cultural background to the novel as by the romance between Harriet Montague and her fascinating guide Lucas Saintclair.
Today Marie Laval is joining me to chat about her forthcoming romantic adventure, Queen of the Desert. This historical romance set mostly in Africa will be published by ChocLit next Tuesday 15th February and is available to pre-order now. Read on to find out more about the setting and the book.
I have always dreamt of going to the Sahara but sadly have never had the chance. Whilst researching the background to the novel, I surrounded myself with photos of the Sahara, oases and the magnificent Ahaggar mountain range. I tried to find authentic Tuareg poems, read stories and travellers’ accounts, watched documentaries and listened to lots of music so that I could get a ‘feel’ for the place and the people since I couldn’t travel there myself.One night under the stars – a guest post from Marie Laval
About the Author
Writing QUEEN OF THE DESERT was a fascinating process, not only because I got to fall in love with my hero (I know, it sounds very, very corny, but it’s true!), but also because I discovered the beautiful landscapes Lucas and Harriet travelled through on their way to Tamanrasset, and the culture of the people they encountered. One particular group of people are at the centre of the plot: the Tuaregs, also called ‘The People of the Veil’ or the ‘Blue Men of the Desert’ because of the indigo veil all men wear from around the age of fifteen.

As they travel across the Sahara desert, Lucas Saintclair and Harriet Montague spend a few days with a Tuareg caravan. Every evening, they sit under the stars and listen to musicians playing the imzad and to stories and poems. The story-teller pulls out round pebbles out of his ‘bag of tales’, which is a skin pouch. Each pebble represents a different story and he tells the stories in the order the pebbles were drawn from the bag.
Previously published in 2015 as The Lion’s Embrace by Accent Press. Substantially revised and edited in 2022 by Choc Lit Publishing. 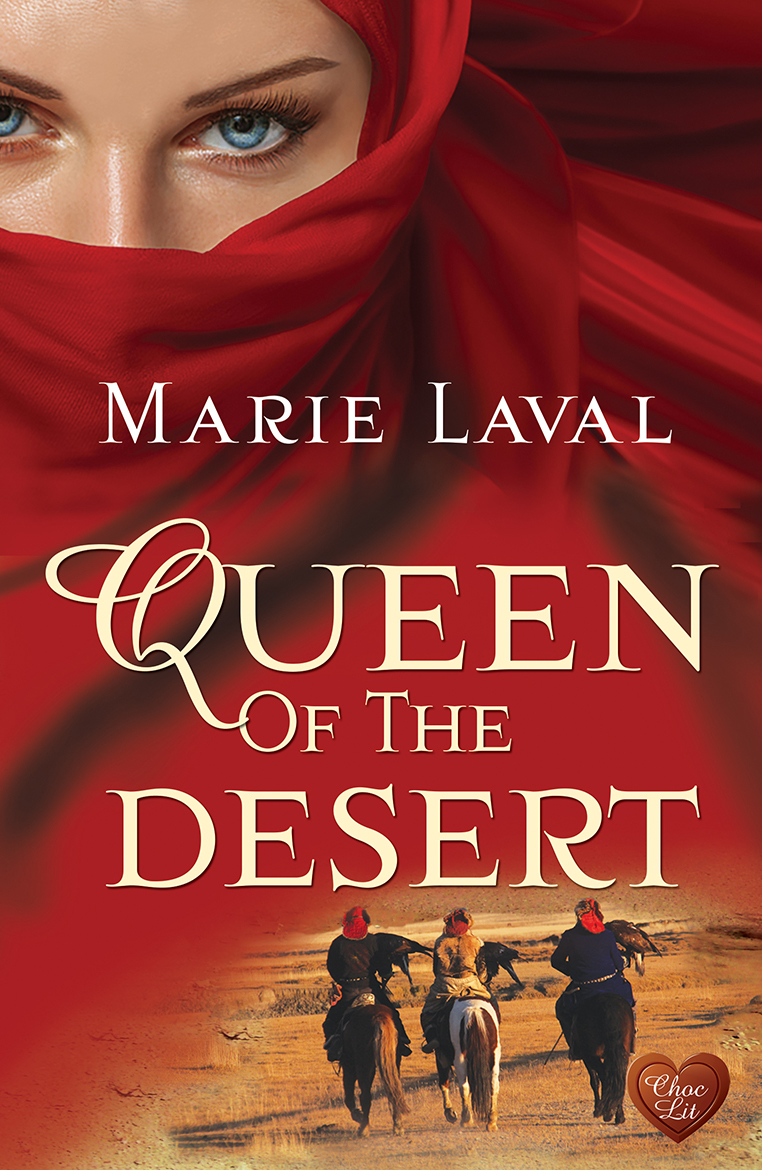