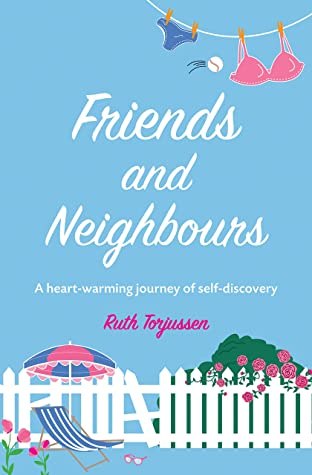 About the Author
I have to say that for me the stand out character was Jenny’s husband Lonny. He was so caring to everyone and everyone just loved him. He was so concerned about his wife and trying so hard to help her through her dark days. He was so loving to all their sons and seemed to have a knack of getting on with anybody.
She is a passionate advocate of eating local food grown through regenerative farming as the answer to climate change.
Follow her on Twitter @RTorjussen,
I had really mixed feelings about Jenny. She was so negative towards her neighbours. She was really quite nasty towards Dawn, being very judgmental about her tattoos, noisy children, swearing. Dawn was a bit of a rough diamond it’s true but she had her problems. Jenny had pre-conceived ideas about Fusan, the young mum of twins next door, who was a hijab-wearing Muslim. She was also sometimes less than sympathetic to those she worked with in her role as a carer.
On the other hand, I could totally get her feelings of grief at the loss of her beloved friend, a friend she had known and relied upon since childhood. I could also understand that aimlessness that many people feel when their children are getting older, not needing them so much. Adding in her job which she found unfulfilling, as well as her one song stint as Marie Osmond and I found myself having some sympathy for her.

Ruth Torjussen grew up in Stoke but now lives and works in Brighton as a Shared Lives Carer.
For your chance to win a copy of this book, I’d love to hear about one of your friends or neighbours and what it is that makes them so special. Leave a comment and I’ll choose a winner. Perhaps you can pass on the book to your friend after you’ve read it? Enter by midnight UK time on Wednesday 28th April. UK entries only I’m afraid due to postage costs.
Mixing serious issues with much hilarity ‘Friends and Neighbours’ is a feel-good story for our times.
But when your best friend has died and your other friends have moved away it can suddenly get a whole lot tougher. Now heartbroken Jenny has a female shaped hole in her life which – despite the presence of many women – won’t go away. Grief has turned her into a first-class snob.
Life as a Marie Osmond impersonator living in Stoke can be challenging enough.
Husband Lonny preps the house for climate change and is unable to halt Jenny’s unravelling. Then gorgeous Trudi wafts into the creative writing class and brings some much-needed hope.
From the back of the book
I think one of the messages of this book is not to be too quick to judge people and to be offer kindness when you can. It also shows the importance of family and friends. Jenny had potential friends all around if only she would open herself up to the possibility. Friends and Neighbours is a light and uplifting read with some lovely characters, which I thoroughly enjoyed.

Instagram @ruth_torjussen
YouTube Torjussen Ruth
Friends and Neighbours by Ruth Torjussen is a really lovely read and I’ve got a paperback copy of the book to give away today, thanks to the author – more details about that after my review. Friends and Neighbours is about Jenny who is struggling in the wake of the death of her friend Sue. With her other female friends having moved away she is feeling rather lost and when one thing after another goes wrong, as she sees it, her behaviour become rather irrational.
Feeling that this is the only way out of her depression, Jenny’s intention to befriend Trudi builds to an obsession while facing all manner of setbacks. A motley crew of unsuitable local women is encroaching while lovely Trudi remains elusive. Why is something that used to be so easy, now so hard?.
Thanks to Kelly at Love Books Tour for the invitation to take part in the tour and for my copy of the book. Friends and Neighbours is available now. You can order your copy here- Friends and Neighbours 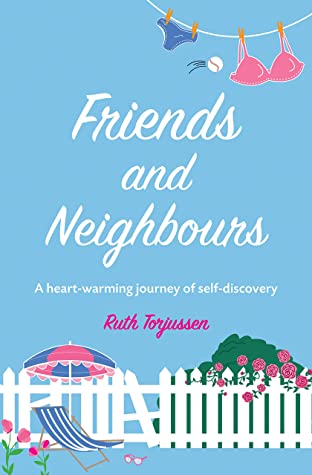 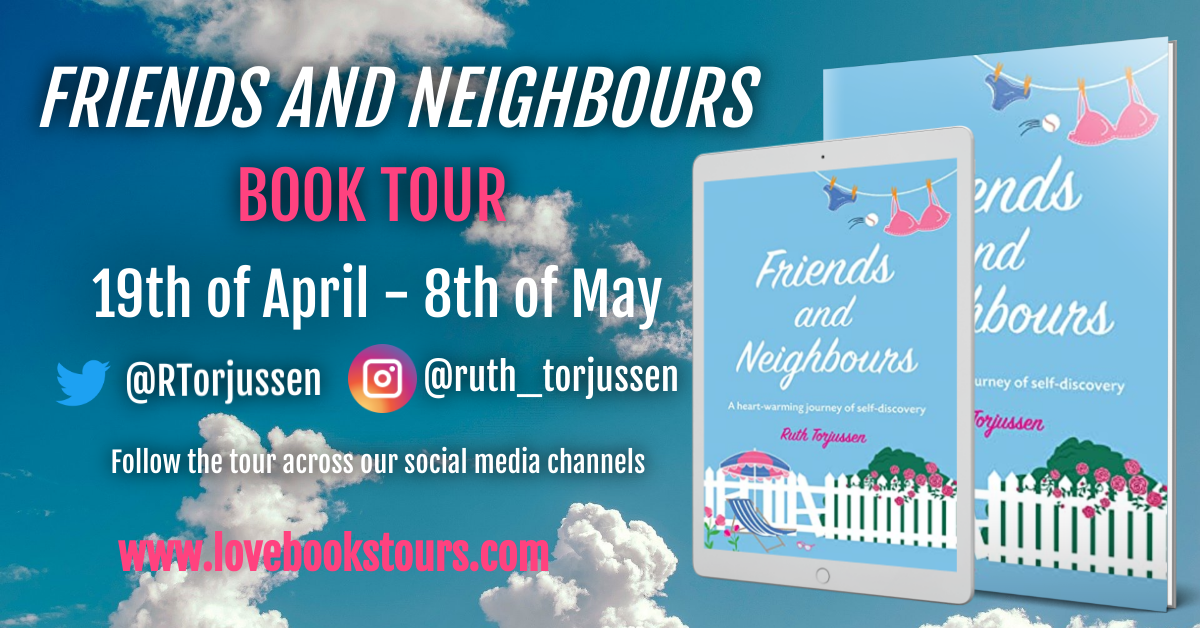