Anyway, The Dating Game was light hearted, amusing, showed us a wide array of characters and was just an all round good read. One of my favourite parts of the book was the relationships between the twelve girls who were staying in Stag Manor. It did really remind me of the reality shows I see on tv, where the girls become good friends but all the while supposed to be competing against each other. We meet some nice girls and some not so nice. So the fun and games kept up throughout between all the varying personalities. I read The Dating Game while Love Island UK was on, and I admit that Love Island is my shameful, guilty pleasure. While watching and also reading through the chapters of The Dating Game, I wondered about the insides of these types of reality shows. If you’re like me in that you don’t really take these shows at face value and often wonder at the inner workings of the shows, then this is the book for you!
Description
The must-read romantic comedy for fans of Laura Jane Williams, Sophie Ranald and Sophie Kinsella.

Thank you to publishers One More Chapter, Author Sandy Barker and Netgalley for my advanced reader copy of this book.
Once upon a time, twelve women joined the hottest reality TV show looking for love. Except one had a secret identity . . .
Abby Jones is a serious writer. Or at least she will be, one day. Right now, she spends her time writing recaps of reality television under a secret identity.

The Dating Game is a book where our lovable main character Abigail is a writer for a magazine. She has a pseudo name, which is quite clever – Anatasia Flabbergaster. Abby wants to be a serious writer, but for now she has to just write recaps of reality tv shows. That is until she has the “opportunity” to be on one of these shows as an undercover writer.
As the pages turn we see Abby as one of the twelve “Does” on a show where Daniel the “Stag” has to date each one and find his “true love”. So many ” ” ” ” “, but all necessary. I think the idea of the show is similar to The Batchelor, but I haven’t watched this show, so I cant be sure.
Like Loading…
‘Hilarious and highly original’
Julie Houston, bestselling author of A Village Affair
When a recap for The Stag – the must-watch dating show – goes viral, her editor thinks she should be on set, writing the drama as it happens. The good news: the next season will be filmed in Sydney. Sun, sea and a glamorous trip abroad, this could be Abby’s big break.
The bad news: the producers don’t just want Abby to write the recaps, they want her to be on the show. Abby can’t think of anything worse than being undercover and followed around by cameras. But her career depends on it, and when she meets gorgeous producer Jack, Abby begins to wonder if this job might not be so bad after all

I started this review by saying Love Island is a shameful, guilty pleasure of mine. I can say openly that The Dating Game was neither shameful, nor guilty. It was pure pleasurable reading. 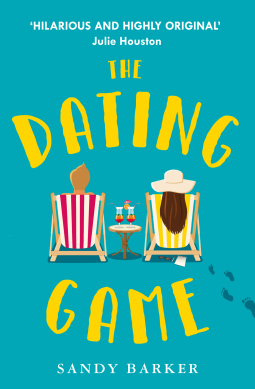