January is behind us. For some it will have been the longest January ever. For others it will have been busy enough to keep them occupied enough. For us, it’s been a daily balance of working full time and home-schooling children, a balance that hasn’t always been maintained. This has meant I’ve not had as much time as usual to read. However the books incoming has also been reduced so it may be that I’m closer to a balance this month than I had estimated.
Here’s what I read this month. 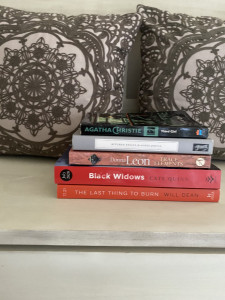 Here’s what made it through the many snow drifts to land through the letterbox.
No books permanently left, though I did lend two to my mother in law and four to my mother. So it was nine in and five out (or 11 out if we include the temporary release). Not too bad. I expect February will be as quiet on the incoming and outgoing front so it may be even more balanced. We shall but see. Here’s to an uneventful (and preferably less snowy) February.