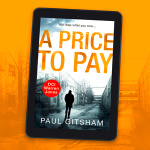 About the Author.
Paul Gitsham started his career as a biologist, working in such exotic locales as Manchester and Toronto. After stints as the world’s most over-qualified receptionist and a spell making sure that international terrorists and other ne’er do wells hadn’t opened a Junior Savings Account at a major UK bank (a job even less exciting than being a receptionist) he retrained as a Science Teacher. He now spends his time passing on his bad habits and sloppy lab-skills to the next generation of enquiring minds.
Paul has always wanted to be a writer and his final report on leaving primary school predicted he’d be the next Roald Dahl! For the sake of balance it should be pointed out that it also said “he’ll never get anywhere in life if his handwriting doesn’t improve”. Twenty five years later and his handwriting is worse than ever but millions of children around the world love him.*
You can learn more about Paul’s writing at http://www.paulgitsham.com or http://www.facebook.com/dcijones
*This is a lie, just ask any of the pupils he has taught.

If you play with fire, you’re going to get burned…
Thank you very much to Author Paul Gitsham and Netgalley for my copy of this book. These are my unbiased thoughts on A Price To Pay.
Goodreads
” if my old mum is right, then should the wind ever change direction when these girls are pouting for the camera, they’ll end up permanently looking like goldfish “.
The book is primarily police procedural, so as they find the clues, we know the clues. This did not lead me to the murderer until the very end though. The process and the crime itself became more intense and more complicated as the team delved in. ( just the way I like it)

My Thoughts:
” Andy calls CSI the Open University for Burglars “
A Price To Pay is the sixth book in this series with DCI Warren Jones. It is however, the first that I have read. I can see how reading the prior books would give you a bit of back knowledge but this in no way made the book any less enjoyable for me. Everything was clear that should be clear. The case in question though was not so clear.
It’s not just the British and American girls that pout for photos. Something I find really odd, but maybe I’m just getting old 😛
Amazon.co.uk
Some quotes that made me smile 😁
I like to discover new detectives. Having just ” met” DCI Warren Jones, I wondered what kind of man and detective he would be. I like him! Many of the detectives we read about, in the many crime books that are about now, are so dedicated to their jobs that they have little time for anything else. While this makes them excellent detectives, it also makes them seem like lonely souls. Warren was different in that way. He has a lovely wife and a few other extended family members and he cares deeply for them. While this makes his job more difficult, it makes Warren seem relatable and likeable. Warren is probably one of the most compassionate detectives I have ” met” through the thousands of pages I read.
Links:
It should be an easy solve: a murder in broad daylight with two eyewitnesses. But the victim is the son of a notorious local crime family who has a habit of hitting on other men’s wives; the witnesses are Serbian nationals who speak limited English.
Description:
A Price To Pay is an enjoyable crime thriller that picks up pace as the pages turn. The plot thickens with each chapter and DCI Warren Jones is a pleasure to get to know. I can see why this is the sixth book on the series.
Like Loading…

www.paulgitsham.com
For DCI Warren Jones, this is his most challenging case yet. As the suspects pile up, the victim’s family work to protect their son’s memory by destroying any evidence that could betray his criminal past – or might have led to his killer.
Aside from being a police procedural, crime thriller book, it also has humorous parts and parts that taught me something about policing!
Somehow Warren must uncover the truth about the murder – but there are secrets at the heart of the case more dangerous than anyone could have imagined, and the fallout could tear Warren’s team apart.

DCI Warren Jones begins this case with a murder of a man from a notorious crime family, he was murdered in a massage parlour. Whether the victim is a criminal himself made no difference to Warren, but it made the case much more difficult as evidence and witnesses seemed difficult to find and be clear cut. It also impeded the murder hunt that the main witnesses are Serbian with very limited English language. 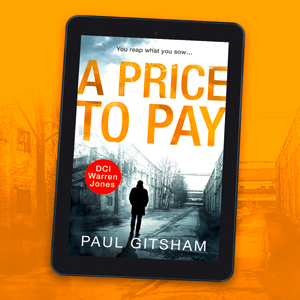