Skip to content
My thanks to Rosie Wilson at Pan Macmillan for kindly sending me a copy of this book. It is available from today in all formats. If you are unable to buy from your usual book retailer at this time, you will find buying options for various retailers on the Pam Macmillan website here: A Mother Forever
Elaine lives with her husband, Michael, and their Polish Lowland Sheepdog, Henry, in Swanley, Kent and is a member of the Romantic Novelists’ Association, The Crime Writers Association, The Society of Women Writers & Journalists and The Society of Authors.
When war comes, Ruby and her friends and neighbours face a lot of new challenges and like most people had their fair share of sorrow and loss to bear. The strength of community came through really strongly here with the neighbours rallying round to support each other as best they could in trying times. I particularly liked the friendship which grew between Ruby and Frank over the years and the way they were both always there for each other.
Elaine Everest, author of bestselling novels The Woolworths Girls,The Butlins Girls, Christmas at Woolworths, and Wartime at Woolworths was born and brought up in North West Kent, where many of her books are set. She has been a freelance writer for twenty years and has written widely for women’s magazines and national newspapers, with both short stories and features.
My goodness, Elaine Everest put Ruby through some difficult times! I won’t go into them but it’s fair to say that Ruby’s life was not easy and that she had to face many difficulties not of her own making. Many came about because of her husband Eddie, who flits in and out of her life. Thankfully, Ruby was a strong and resourceful woman and despite everything she had to face, she was determined that she would keep her little house and give her son George the best life she could. Her own mother wasn’t always the best support, often blaming Ruby’s many problems on her choice of husband. Thankfully, she found great encouragement and friendship with the family across the road, with Stella being like a second mother to her.
1905: Ruby Caselton may only be twenty-five years old but she already has the weight of the world on her shoulders. Heavily pregnant with her second child, penniless and exhausted, she is moving her family into a new home. The Caseltons left their last place when they couldn’t pay the rent, but Ruby’s husband Eddie has promised this will be a fresh start for them all. And Ruby desperately hopes that this time he will keep his word.
With five-year-old George at her feet and her mother having a cross word for everyone and everything, life is never dull at number thirteen Alexandra Road. It doesn’t take long before Eddie loses another job and once again hits the bottle. It’s up to Ruby to hold them all together, through thick and thin. She remembers the kind, caring man Eddie once was and just can’t give up on him entirely. What she doesn’t know is that Eddie has a secret, one so dark that he can’t bear to tell even Ruby . . .
When she isn’t writing, Elaine runs The Write Place creative writing school at The Howard Venue in Hextable, Kent and has a long list of published students.
A Mother Forever follows the trials and tribulations of young Ruby Caselton who we first meet in 1905, heavily pregnant and moving into the home she’s always dreamed of. Little does she know the problems which she will have to face over the next few years. If you have read Elaine Everest’s books about The Woolworths Girls you may recognise Ruby (and indeed quite a few of the other characters) as she appears as an older character in those books. This then is Ruby’s backstory and a completely standalone novel.
Through Ruby’s grit and determination, she keeps food on the table and finds herself a community of neighbours on Alexandra Road. Stella, the matriarch from across the way, soon becomes a friend and confidante. She even dreams that Ruby will ditch the useless Eddie and take up with her eldest son, Frank. But when war breaks out in 1914, the heartbreaks and losses that follow will fracture their community, driving both Stella and Ruby to breaking point. Will their men ever return to them?
From the back of the book

About the author
No matter what happened to Ruby throughout the book, at its heart was her love for her family and her fierce determination to protect and provide for them no matter what. As the title of the book suggests, being a mother was so important to her and her love for all her children was so touching. A Mother Forever is a heart-warming nostalgic read and you will be swept up in the characters’ lives. It is a must-read for fans of historical saga fiction.
A Mother Forever is the moving story of one woman’s journey through the worst trials of her life – poverty, grief, betrayal – but through it all is the love and comfort she finds in family: the family we’re connected to through blood, but also the family we make for ourselves with neighbours and friends. 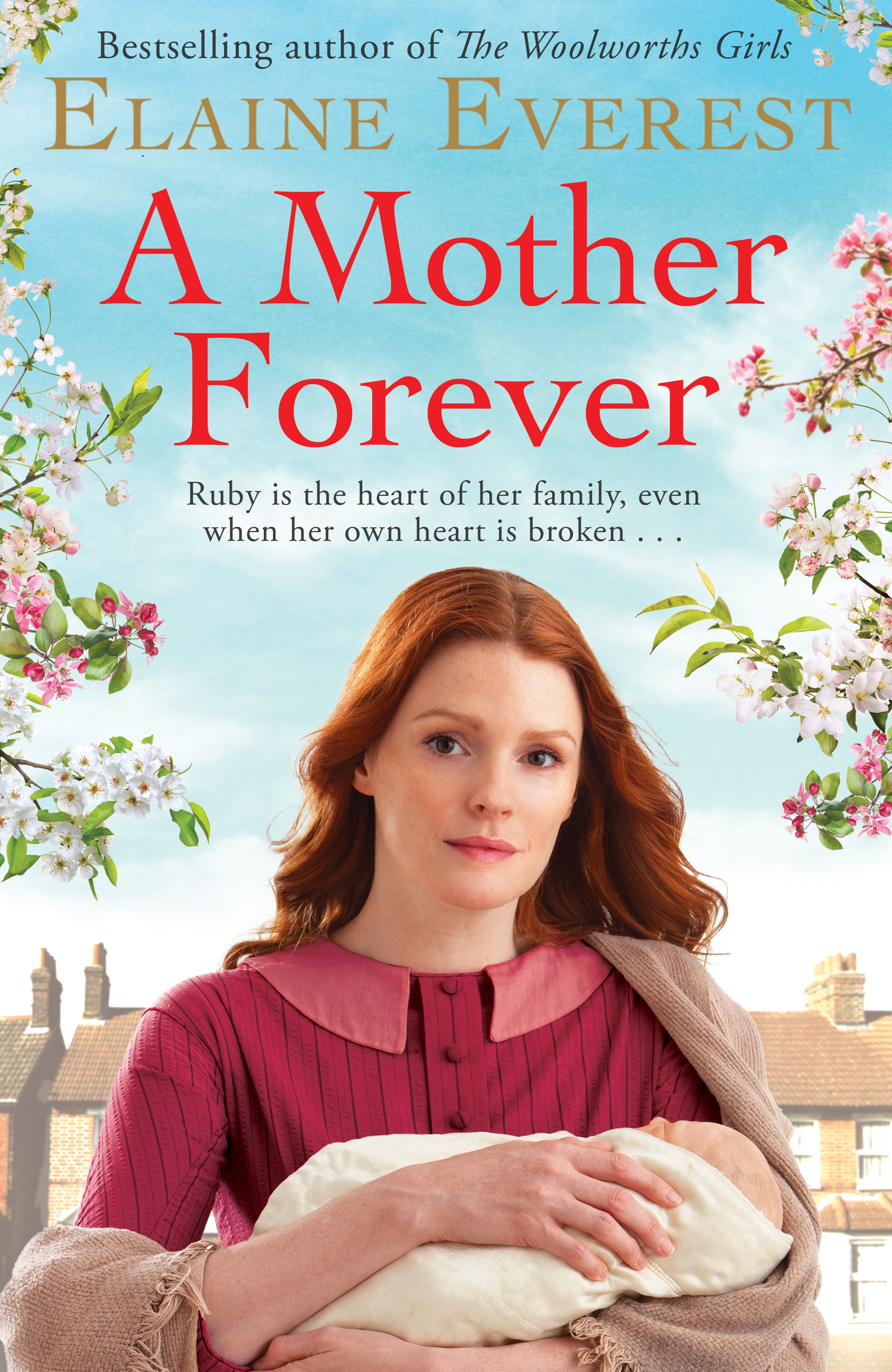