About the Author
I loved the character of ‘handywoman’ Jill who provided much needed practical DIY advice and help to Tamzin as well as becoming an empathetic and supportive friend. Finding friendship in unexpected places was quite a theme in the book for several of the characters.
A book about secrets, friendships and new beginnings A Cottage Full of Secrets is everything I’ve come to expect from Jane Lovering. It’s tender, heart-warming and funny, a really lovely read and Jane Lovering at her best.
The story actually begins in the 1970s with Stella planning to leave her husband then moves to the present day when Tamzin has just begun a new life in Yorkshire far from her Cornwall home. The story is mostly told from Tamzin’s point of view interspersed with chapters from Stella. It took me a while to click the clever way that Jane Lovering was presenting Stella’s story and I thought it was a particularly moving way to tell her story.
Twitter –  https://twitter.com/janelovering
Newsletter Sign Up: https://bit.ly/JaneLoveringNewsletter
Escape the rat race with this heart-warming, page-turning new novel from Jane Lovering. Perfect for fans of Julie Houston, Beth O’Leary and Kate Forster
I’m a big fan of Jane Lovering’s lovely writing and was so looking forward to reading her latest A Cottage Full of Secrets. I’m pleased to say it didn’t disappoint – what a lovely story! First let’s find out what the book is about and then you can read what I thought.
My Thoughts
Fifty years ago, newly-wed Stella is relishing making the little cottage a happy home. But for all the lovingly handmade curtains, and the hot dinners ready on the table for her husband, Stella’s dreams of married life jar painfully with the truth.
Fifty years later, the cottage is a new beginning for Tamzin. Determined to get away from her previous life, she makes the move to the wild and vast Yorkshire countryside.
Jane Lovering is the bestselling and award-winning romantic comedy writer who won the RNA Novel of the Year Award in 2012 with Please Don’t Stop the Music. She lives in Yorkshire and has a cat and a bonkers terrier, as well as five children who have now left home. Her first title for Boldwood was published in September 2020.
When Tamzin finds a sepia photo of a woman, Stella, standing in the cottage’s garden, there’s a sadness in her eyes that Tamzin recognises.  As the cottage reveals more of its secrets, Tamzin is desperate to find out whether Stella got her happy ending.  And as she gradually makes new friends, and starts to win over her mysterious neighbour Euan, Tamzin dares to dream about her own happy ending too…
One character who cannot go unmentioned is Tamzin’s three legged pet fox Brack. He’s a fox she rescued and looked after since he was an injured cub. Although with his tendency to eat the many cushions in the cottage and mark his territory pungently everywhere, “owning a fox, it turned out, was less like a Disney movie and more like having a toddler on permanent additives binge”. Tamzin needed Brack just as much as he needed her I thought. And can I just say that it wouldn’t surprise me in the least if the author herself happened to have a pet fox!
I loved this book so much! Jane Lovering has a way of making her books feel quite light and easy to read while at the same time covering some quite difficult themes and doing so with great sensitivity.
Social Media Links
Just a simple two up, two down, the cottage holds the promise of a new start for two very different women, but it is also full of secrets.

Purchase Link: A Cottage Full of Secrets
Facebook https://www.facebook.com/Jane-Lovering-Author-106404969412833/
About the book
Cottage Two, Bracken Ridge Farm sits at the end of a pitted track, with the glorious Yorkshire moors stretching behind it.
It must have taken Tamzin a lot of courage to uproot herself and move to a small, rather dilapidated cottage although she would certainly not think she was courageous. As we start to find out the reasons for her move, I thought she actually is quite brave. She’s been through a lot and only just starting to process it. Rather reluctantly and out of necessity she begins to get to know her quiet next door neighbour, ‘part time grump’ Euan, and they discover they have more in common than they would have thought. Intrigued by photos she finds hidden in her house, she comes to suspect that she might have quite a bit in common with Stella too. 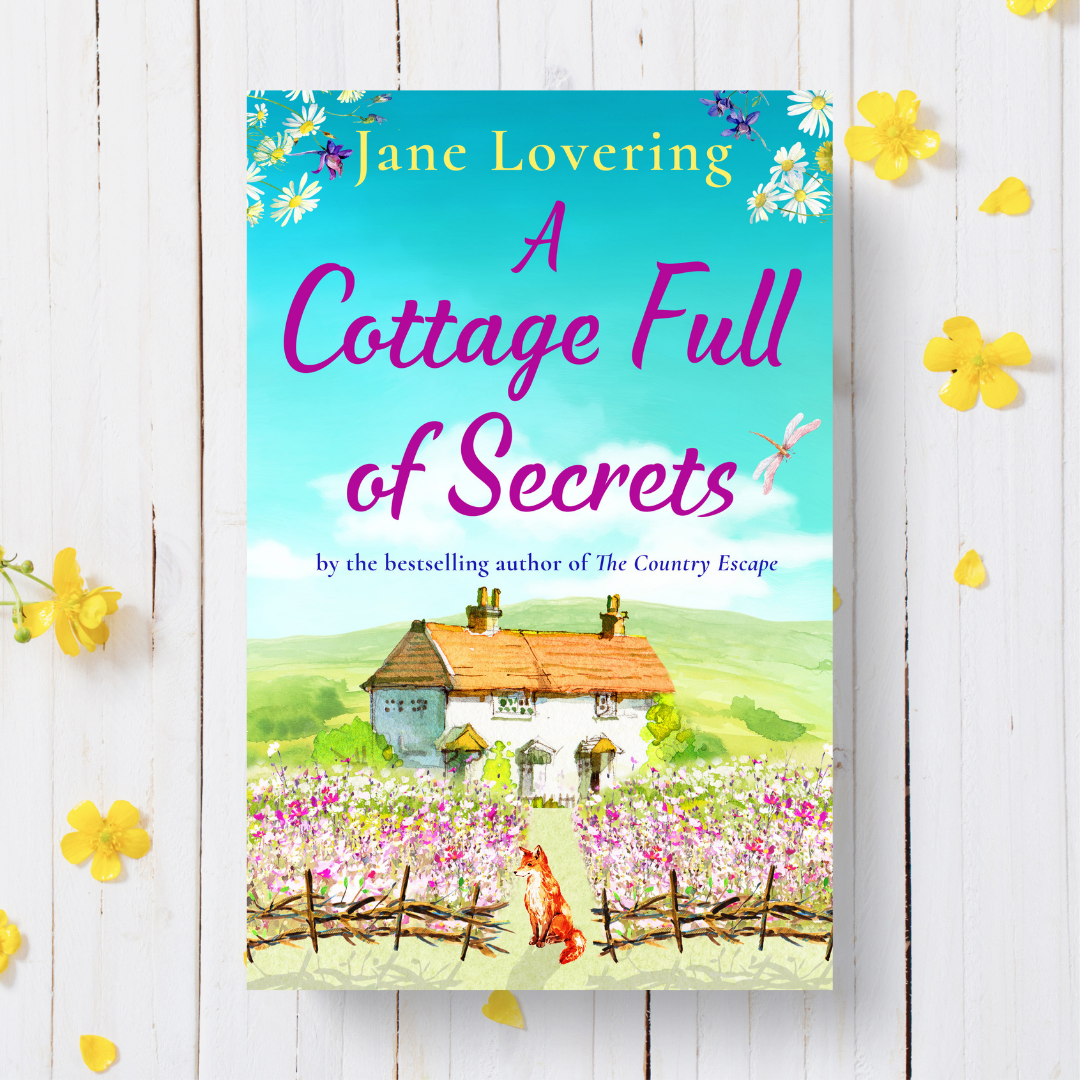