Some of the described events did happen! Which is incredible taking into account how surreal they are. For example, the bizarre space program in Zambia.

This mix of surrealism and reality creates an effect where you can no longer distinguish between fiction and reality. That’s an interesting thing to experience. The book goes on this way for the first 90%. I have only one explanation for what happens after that – Namwali Serpell left her desk and someone else finished the book.

Why it is sometimes difficult to read

I’m very thankful to the publishers for providing me with a copy in exchange for my honest and unbiased review.

“When it rained it sounded like you were in a giant silimba. Loveness kept an mbaula outside, where she fried vitumbua to sell.”
I was considering DNFing The Old Drift 97% into the book! The remaining three percent seemed like too much torture. I even counted how many clicks it took to cover one percent (it took 16 clicks)! I was counting the clicks left till the end of the book!

There are many Italian words or words from an African language (I don’t know which one, Google translated it as Swahili). The book provides no translation for them. You have to guess what they mean. Very often it’s not possible. Try it for yourself. These are actual quotes:

Great things about the book

The repetition of a phrase about teeth sucking gets really annoying. “She sucked her teeth”, “he sucked his teeth”, “their sucked their teeth”. This phrase is all over the book. Whenever someone gets worried, frustrated or angry they “suck their teeth”. My brain got a blister in the place where this phrase is processed.

I cannot come up with one definite conclusion about this book. It’s beautiful in some places and not so much in others. You might love The Old Drift or you might hate it. Most likely you’ll do both at the same time.
I wasn’t sure what I’d just read. There’s lots of rare vocabulary, words like “tintinnabulary”, “mellifluous”, “recalcitrant”, “malapropism”, “fratricide”. I actually find it amazing that the author used a precise term for each situation but that’s why the book is sometimes hard to read.
As the mutations of the book progressed, my notes on it narrowed down to one phrase only: “WTF has happened to the book?!”

What went wrong in the end

‘Mwashibukeni, Ba Lonode’, Ba George bowed his head fondly. ‘Eyamukwayi, bashikulu,’ Ronald panted. ‘Do you know where Miss Agnes is?’ ‘ Mm?’ The old man frowned. ‘Ah, mwelbantu, katwishi. I do not know.’
The timeframe shifts between different years. Sometimes it goes forward, sometimes it goes backward. There’s no correlation between the characters and the years. No character belongs to a certain epoch. Instead one character appears in several different timeframes and then another one appears in a few other ones, and then the third one borrows a bit from both of the timeframes but also gets one of his own. You have to really focus to keep track on who’s in the spotlight right now and what’s going on. I wouldn’t call it a traditional saga where characters are linearly connected through generations. Most of the time the characters seem not to be connected at all.
Suddenly, I was no longer reading intricate prose about unusual characters. The book turned into a second-rate women’s fiction with sci-fi elements about futuristic revolutionaries.
Nothing about The Old Drift is simple. It’s so complex I couldn’t evaluate it with a standard 1-5 star system. There are many surreal stories and mystical characters. The storyline starts in Africa in 1903 and finishes in the future.

Even though the book is often hard to read the first 90 percent is unquestionably an amazing work of art. The way Namwali Serpell uses the language is unrepeatable and unique. One chapter completely blew my mind. The author combined two narratives in one piece of text. If you read the whole text you get a prose version of what happened. If you only read the parts written in italics it becomes a poem.
Girlish chats about men and sex promptly appeared on the pages and the heroine started “admiring muscles of his back”. 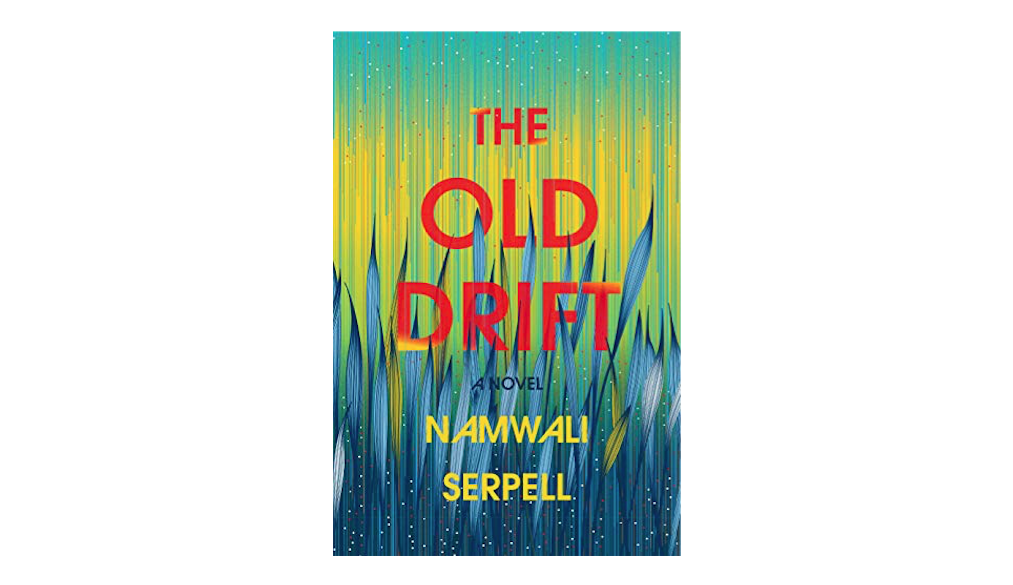