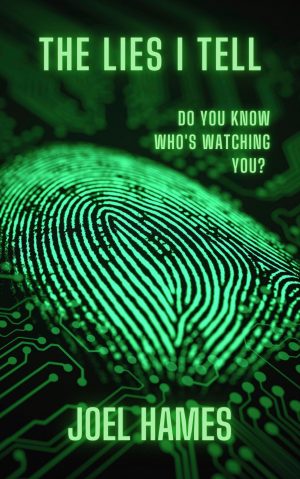 From the bestselling author of Dead North, a tense, claustrophobic psychological thriller perfect for fans of Lucy Foley, Claire McGowan and Clare Mackintosh.
Michal opened the door, grunted at me and stepped aside. Lena was kneeling on the floor chattering softly to Simon who was grinning at her in apparent delight.
When not writing or spending time with his family, Joel likes to eat, cook, play the piano, and make up excuses to avoid walking the dog. There’s the MMA thing, too, but he doesn’t like to show off.NOBODY CAN BE TRUSTED.
Publisher: Spellbound Books
Format: Ebook and Paperback (19 February 2021)
Pages: 423
My thanks to Zoe of Zooloo Book Tours for the invite and place on the tour.
I dropped my glance to Simon’s hands. In his right was his beloved lightsabre, its green plastic telescopic beam retracted. I’d taken him to see the latest Star Wars movie, and despite being years too young for it and not understanding more than one word in every three, he’d fallen in love and his passion showed no sign of abating. If the lightsabre wasn’t in his hand it was usually tucked into the elasticated belt he’d insisted on wearing, even with jogging bottoms, once he realised it could be employed as a holster.
“Lucky you,” I replied brightly, more brightly than I felt. I’d been outside, too, but I’d been outside to sell stolen goods. I’d rather have been playing with my son.
His works of fiction include the bestselling Sam Williams trilogy Dead North, No One Will Hear and The Cold Years, and the standalone psychological thriller The Lies I Tell.
“The terrace,” added Lena.
I’d miss working with Billy, though.
“We went outside,” he said. “On the roof.”
“Mummy’s here,” I said. He sprang up, trotted over and reached for my arm.
Back when I’d started all this, cloning cards, hanging around outside deserted suburban houses for half a dozen mobile phones in someone else’s name, back then I’d filled the lock-up every couple of months and each time Billy had emptied it in a week. The guy had a gift for selling, and since I had a gift for getting things without paying for them, we’d been a good team for a while. But it had been six months since I’d run a change-of-address scam and there was too much CCTV around the bank machines these days to risk anything there. Once Billy had shifted this haul, there would be nothing left for him to sell.
In his left hand was the fish.
Only now, the tables have been turned. I’m in danger. My son is in danger. And I don’t know where that danger’s coming from.

EXTRACT
ABOUT THE AUTHOR
Lena and Michal had the roof terrace, if you could call it that. A three-metre square patch of flat roof they’d put rails around and covered with cheap AstroTurf, all at their own expense. I’d tested it myself the first time Lena had told me about it. I’d climbed the flimsy-looking ladder – but it seemed to handle Michal, so it would handle Simon – I’d leant against the rails, applied a little force, imagined Simon hurling his body against them, and pushed harder, Lena smiling quietly as they remained stubbornly in place.
A Londoner in exile, Joel Hames lives in rural Lancashire with his wife and two daughters.
I was home half an hour later, in the front door and up two flights of stairs, which took me past my own flat but left me standing outside Lena’s. I’d texted her the moment I left the lock-up so I knew she’d be expecting me. I raised my hand to bang on the door and paused when I heard voices.
Meet Polly
Meet Emily
Meet BelindaSHE’S WATCHING YOU, BUT WHO’S WATCHING HER?

I hadn’t missed the tension that crawled up my spine each time I went to retrieve data from a card machine, a tension that crept all the way up to my mouth and sometimes left me physically sick with nerves. I hadn’t missed standing shivering outside empty homes, and the suspicious looks I got from delivery men when I just happened to be stepping down the path the moment they arrived. I hadn’t even missed the shopping trips, to be honest, because there are only so many TVs you can lug halfway through London before your back starts to hate you for it, and I’d never been one for expensive perfume anyway.
Michal was home.
You can find out more about Joel and sign up to his mailing list through social media or his very own website:
I let my hand drop and stood there for ten long seconds, doing nothing, staring at the door and steeling myself for what was on the other side of it, and then I shook my head and knocked. Michal made me nervous, his long silences and short bursts of incomprehensible conversation with his wife, the way he’d greet me with an inexplicable hostility and then ignore me until I was gone. His boxer’s build and boxer’s face. But I’d never seen a bruise on Lena. Michal was a miserable bastard, and either a tough guy or someone who wanted to look like one, but there was no need to fear him. And besides, Simon was in there.