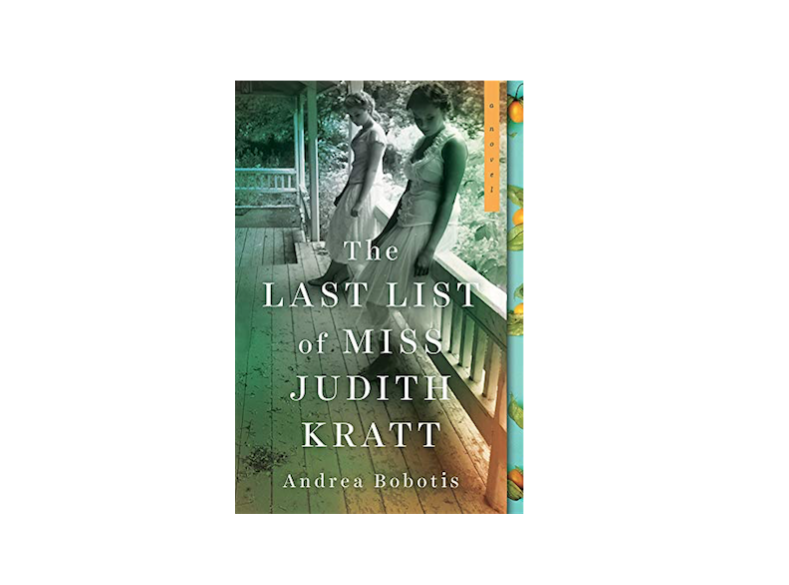 I loved the fluidity of chapters, the two storylines, one in the past, one in the present, flowing two separate paths and then merging together.
Although I usually speak about things I liked and things I disliked in books, this time I liked absolutely everything and I have only positive things to say.
“We enter this world curling our tiny hands around our mother’s fingers, and we exit with those same hands cinched by arthritis. How could we pretend our grasp, clutching onto life from opposite ends, stays the same?”
“… she wore a gray dress that held the sad promise of once being black.”

I loved the stories themselves and the way they were told. There is no melodrama in them. The stories are deep and touching even when they are scary and sad.

Miss Judith felt absolutely real to me and I sympathised with her a lot. Even when the book was over I still wanted to be there for her. Although she probably wouldn’t appreciate it.

“Aren’t memories a little like furniture of the mind?”
There are some characters that I despised even though I could understand why they were acting that way.
“He was a small-town man who read big-city newspapers.”
Miss Kratt lives in her large house with Olva who’s helping her around the house. They’ve known each other all their lives. Both of them are quite old now. They haven’t always lived alone in this house. When they were children there were other people around. Miss Kratt’s father was an influential person in the town, and his son although still very young was a key figure in keeping this influence going. Everything changed when a tragedy happened.

Absolutely all characters, regardless of their roles, are fully-developed and multilayered.

None of the characters is perfect but they aren’t artificially flawed either.

This book brought tears to my eyes just because of how perfect it is. I’m so grateful to the author for this book, and of course to the publishers for sending me the copy in exchange for my honest (albeit emotional) review. I hope Andrea Bobotis will write more books. I will be looking forward to her new works.

I especially liked how the chapters were separated by Miss Judith’s list of inventory. After each chapter, new objects were added to the list. If you didn’t know the story behind the objects you wouldn’t pay attention to them but because you have read the chapter, you know what the objects mean, and so just a single mention of them could bring a whole wave of memories. That is pure literary magic.

“… conversations with siblings cannot be separated from all the conversations that came before.”
The writing is perfect. I felt as if the story had been told by Miss Judith herself and not by the author. I highlighted so many quotes in my copy that it took me several minutes just to scroll through all of them. Here are a few:

What I liked most

An absolutely stunning book has been recently published!

I’m generally very picky about the books I read. I think there are many books that are ok, there are even more books that are not, and there’s just a handful, just very few that are really stunning. The Last List of Miss Judith Kratt is like that.