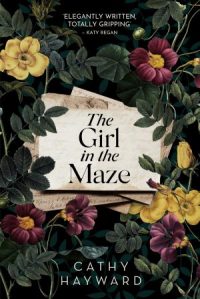 Margaret died not as she lived, but quietly, slipping away after twenty years of dramatic illnesses where three times she had been given just hours to live. There was a certain irony, Emma felt, that on those occasions she had rushed up to her mother’s bedside in Morecambe, yet she missed her actual death. Emma tracked back. As her mother left this world, Emma had been in her local Tesco. Between the cereals and the frozen food. She’d got the call from the solicitor when she was back at home, unpacking the shopping.
‘I’m not a religious man,’ he said quietly, ‘but I believe there’s a phrase in the Bible about walking a mile in another man’s shoes. Until we have done that, we will never understand what it’s like to be the other person.’
He was smiling. ‘Ah, Margaret’s daughter. I was hoping we would meet. It’s a pleasure to see you.’
Emma drew the envelope out of her bag and handed it over to the solicitor. He took out his glasses and put them on his nose before examining the death certificate closely. He nodded gravely. Then he raised his arms to the sides of the chair and used them to push himself upwards, until he seemed to judge that his knees would be able to support him. He moved slowly over to a pile of files in the corner nearest Emma and selected an enormous series of folders second from the top. It was held together by blue elastic bands, straining against almost a foot of paperwork. What on earth had her mother needed to discuss over the years?