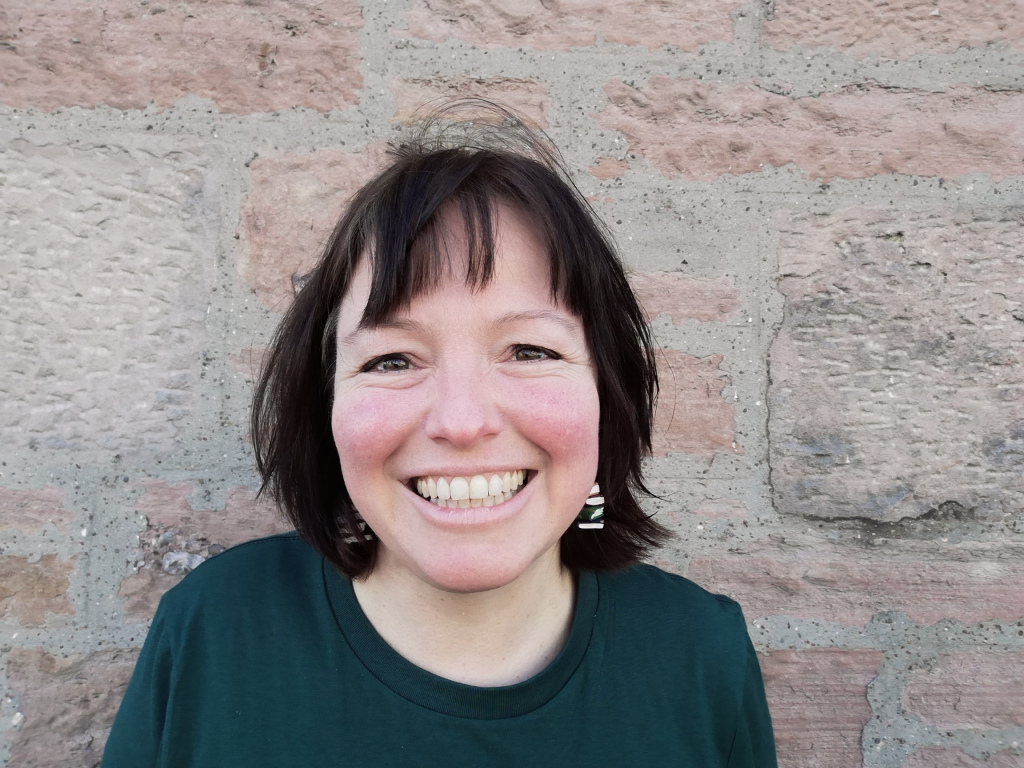 I’m delighted to be joined by Barbara Henderson today. I know Barbara primarily as an author of exciting children’s fiction but her new non-fiction book, Scottish by Inclination, is something rather different. The book is published by Luath Press and available now in paperback and ebook.

6.       I have a Mini-Schnauzer called Merry (named after a hobbit in The Lord of the Rings) who is my regular companion, both for writing and for walking. I do the morning walks (I am the closest to a morning person you are going to get in our family. At night, I wilt like a daisy!).
3.       I am no historian, but history fascinates me most as a springboard for children’s fiction. My first book was the Highland Clearances tale Fir for Luck. This was followed by a trip to Victorian Scotland for Punch, Robert Burns’ Dumfries for Black Water, the Wars of Independence for The Siege of Caerlaverock and the late Viking age for The Chessmen Thief. The only exception to the pattern is Wilderness Wars which is a contemporary eco-thriller. My children’s books fall into the 8-12 category which is where I write most comfortably.
Belonging is more than a privilege.
2.       I hate celery. Truly, I do!
5.       I live in the Highlands, in Inverness. It’s a fab place to live – the gorgeous West Highlands are right on our doorstep, with the likes of Ullapool just over an hour away.
Belonging, I am now convinced, can be a choice.’
Scottish by Inclination also celebrates the varied contributions of 30 remarkable Europeans – beer brewers, entrepreneurs, academics, artists and activists – who have chosen to call Scotland home.
Read on to find out more about Barbara and the book.
I loved the story of how as a tongue-tied literature student she met the poet Edwin Morgan. It reminded me of the time when I was sitting in the café at the Portrait Gallery in York Place thinking that the elderly gentleman at the next table looked quite familiar. It was only after he left that I realised that he was Edwin Morgan – and that he featured as a younger man on the mural on the wall behind me! (Alexander Moffat’s ‘Poets Pub’)
The book is full of anecdotes about Barbara’s life over the past thirty years in Scotland, covering her marriage to a Scottish med student, their early life together in Edinburgh, her teaching jobs, their family life in Inverness, her writing career and how she felt when the Brexit vote went through. It’s a warm and engaging read and gave me cause to reflect on how incomers to Scotland are treated. I like to think that we are a fairly tolerant and welcoming society and for the most part that seems to be true.
Buy Scottish by Inclination at https://www.luath.co.uk/new-releases/scottish-by-inclination
My thoughts
7.       My day job is as a Drama teacher in a local primary school. I used to teach Drama and English at secondary level, but when this job came up, I leapt at the chance. No exams, no marking and no reporting for a start – what’s not to love?
9.       The book I am reading at the moment (and ABSOLUTELY LOVING) is Of Stone and Sky by Merryn Glover. Beautiful writing and a wonderful evocation of the Cairngorms and its people.
‘All voices matter and deserve to belong.
From the back of the book
4.       I departed from my bread-and-butter children’s writing in order to write Scottish by Inclination, a non-fiction book for adults which mixes politics with memoir. As an immigrant myself, I felt I had something to say about post-Brexit Britain from an immigrant perspective. In it, I tell my own story of three decades in Scotland as well as amplifying the voices of 30 other EU born people who have made Scotland their home.
This is borne out by the others sections of the book as it isn’t just about Barbara’s experiences. Short and very interesting chapters highlight thirty immigrants from various parts of Europe and the contributions they have made to diverse areas of Scottish life. They all spoke of how they felt welcomed and part of Scottish society. It is such a pity that many Europeans who could make valuable contributions to Scotland will now find that harder to do as a result of Brexit. And, of course, Scottish people now do not have the same opportunities to travel and work so easily in elsewhere in Europe.

Barbara Henderson has been Scottish by inclination for 30 years. She fell in love with Scotland and its people when she left Germany at the age of 19. Now a children’s author, storyteller and teacher in the Highlands, she gives us a lively glimpse of Scotland through the eyes of an EU immigrant – from her first ceilidh to Brexit and the choppy seas of citizenship.
10.   Most embarrassing writer moment: There are a few to choose from, but I do around 50 school visits a year. On one of those I was reading aloud from one of my books during a whole school assembly. It was a very tense scene, so I dropped my voice to a whisper and tiptoed backwards to echo my character’s movement as I spoke. I had forgotten about a large crate of books right behind me. I tripped, lost my balance and fell backwards, landing on my back on the floor like a helpless beetle, arms and legs flailing in the air and books and shards of plastic flying everywhere. There was deadly silence for a moment before I managed to yelp ‘I’m ok’ and the inevitable giggles ensued. How on earth do you come back from anything like that?
So can you be ‘Scottish by Inclination‘ as the book title suggests? Well in the words of one of Barbara’s university professors ‘Why not? Why ever not?’.
1.       I am Scottish by inclination, I suppose. Born in Germany, I arrived here aged 19 and never left. Despite the fact that my children’s books about Scottish history and the Scottish landscape are widely studied in Scottish schools, I have always felt a little bit of a fraud. Shouldn’t there be a disclaimer somewhere? “These books were written by an immigrant” or similar? It took me three decades to realise that we need not let others impose these identities on us. Why hand anyone else that power? I have chosen to belong, and that’s it.
I thoroughly enjoyed reading Barbara Henderson’s account of how she came to study and then eventually settle in Scotland. Reading about her early years at Uni in Edinburgh brought back lots of memories for me as like her, I took some Scottish Literature courses at Edinburgh and also did my teacher training at Moray House just a few years before she did.
Website: http://www.barbarahenderson.co.uk/
8.       I love the online writing community. I was a very reluctant convert to social media, but as an aspiring writer with a publication deal, I realised I’d have to engage. Once I had reconciled myself to that, I embraced it. Now I’m on Facebook (Barbara Henderson Writer), Instagram and Twitter (@scattyscribbler) as well as on LinkedIn, and I maintain a website and a blog. People have been incredibly supportive, and I do try to do the same. 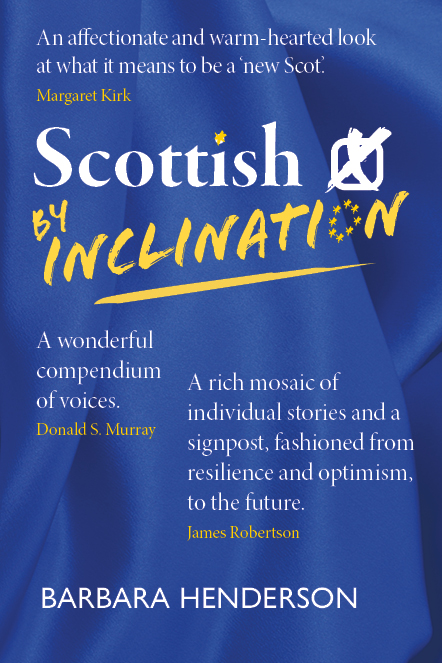