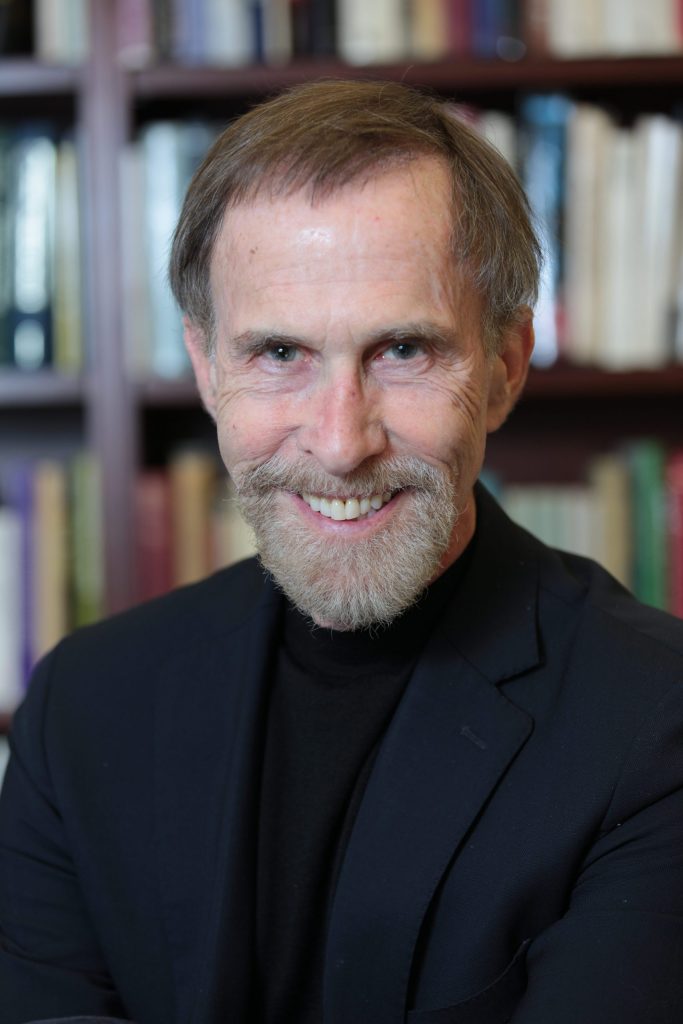 7.  I lived in Britain for a while in the ‘90s and taught at Oxford. The lived experience combined with that love of British history produced the most American of my novels, set in Oxford of course, but also in London, New York and Washington in the late ’50, the height of the cold war and the end of McCarthyism. What I had long known before I wrote Autumn in Oxford was that McCarthy witch-hunting never took hold in Britain. Meanwhile, anticommunism was used in America as a stick to beat the Civil Rights protesters and activists, all the way back to the ‘30s when almost the only equal rights advocates were Americans who joined the Communist Party. So, I wrote a spy story that puts all those threads together, as close to a Le Carré mystery as I could get, but with a woman unravelling the threads.
I’m joined by American author Alex Rosenberg who is a professor of philosophy at Duke University in North Carolina. he is sharing Ten Things about himself that his readers might like to know. He has a new book coming in July, In The Shadows of Enigma, but he is also talking about some of his earlier novels.
10. I love dogs. I’ve had many. They pretty much ruled my life. Before covid I’d been travelling too much to replace my last one, a lab named Meg who lived long and well. If covid never ends I’ll anchor myself to another dog. I’m a runner, at it now for about 45 years and the knees still work. My wife Martha made me give up rock climbing a decade or so ago, but I still loved her very much.
6. The Intrigues of Jennie Lee is very different in setting—Britain in the late 20s and early ‘30s—and in characters. Jennie Lee was a real person, a beautiful, wilful, smart woman elected to parliament in 1929 at the age of 24, too young even to vote for herself.  My story takes the toughness and smarts Jennie Lee needed to make her way in the men’s world of Westminster and braids it together with the lives of others into a thriller. The plot is peopled by the villains and heroes of interwar Britain–some already famous, like Oswald Mosely, Lady Astor, Churchill and Lloyd-George, Ramsey MacDonald, others yet to become important, like Aneurin Bevan or Elizabeth Bowes-Lyons, the future Queen and Queen-mum. In this book I’ve let my story take a radical twist into alternative history to prevent the greatest real betrayal in British political history.
8. The book of mine that’s most personal to my own history is The Girl From Krakow. I started off trying to tell a story about my mother’s life during the second world war, mainly living under false identity in Poland and Germany. But I couldn’t tell the full story in its details. It was too tragic and too grizzly and already told in a memoir she’d published in the ‘90s. In trying to do justice to her experience and to get something like it into readers hands, I created Rita Feuerstahl, and turned the stories of several people I knew growing up into a novel that sweeps much further across the European stage, from Spain in the Civil War ‘30s to Moscow in the 40s to the beginnings of European reconstruction after the war. I thought I was giving my mother’s story a happy-ish ending. But then the way the story ended bore into my mind and bothered me until it produced a sequel, my latest, in which the same Rita Feuerstahl has to navigate another almost 20 years of danger she can’t understand until it’s almost too late.
4. My inspiration has been history as much as fiction. It was those real dots of actual events that my novels try to connect into stories that grabbed me to begin with. And it was long before I began to think I could write about them in ways that readers will enjoy. People often wonder how much research I’ve done, writing about the second world war, or British parliamentary politics in the ‘20s and ‘30s, the cold war and McCarthyism in the States. I don’t know whether the right answer is no research or a whole life time of research. Reading history for pleasure steadily through too many decades has just given me a large storehouse of remarkable people, places and happenings. Jumbling them together I’ve found myself contemplating serious stories that entrap real and fictional people into mysteries, intrigues, tragedies and triumphs that make a difference for how the real events turn out.

5. My latest, In the Shadows of Enigma, started out with a historical problem that should have occurred to a lot of people. The Germans had a secret code, Enigma, they thought unbreakable. They were wrong, as we all now know, through the story of 8,000 women and Alan Turing at Bletchley Park. What we don’t know, to this day, is why the secret that the German code had been broken in 1941, was kept from the world for another 30 years, when every other military secret of the war was revealed. In the Shadows of Enigma turns on an idea about why the secret was kept so long after the war. It traces out how the answer to that question effects the life of a woman whose wits and courage enabled her to survive the Holocaust. Now needs them again to escape the fatal cost of knowing the secret of the Enigma’s decoding. The woman is Rita Feuerstahl, the heroine of The Girl From Krakow, my first novel.

3. Historical thrillers, but with a difference. My books are about women. Without my really planning on it, the protagonists of my first four historical novels have all been women—intrepid, smart, single women. A couple of them have been based on real characters, a couple made from whole cloth. But all have had to use their wits, their courage, their minds, their knowledge to find their way through labyrinths where the wrong step is on the first tread down a one-way stair case to tragedy.
1. I love turning real history into stories people can’t put down. I may not always succeed, but the challenge of taking readers of historical fiction seriously is one I seek. Taking them seriously means connecting the dots of real history by links that include real people doing a great number of the things they actually did, but turning the narrative into a myster. I try to write thrillers, books that gives our imaginations the licence to roam over what might have been. I’ve long been fascinated by what a great historian called “the short 20th century,” which begins at the outbreak of world war one in 1914 and ends when the Berlin Wall came down in 1989. The stage for my books is set, mainly in Britain and Europe, by those dates.
https://www.johnhuntpublishing.com/tophat-books/our-books/in-shadows-enigma
Alex Rosenberg is published by John Hunt Publishing. In The Shadows of Enigma will be published on 1st July and is available to pre-order now. The Intrigues of Jennie Lee is available now. Buying links below.
https://www.johnhuntpublishing.com/tophat-books/our-books/intrigues-jennie-lee
9. I’ve finally begun writing a book about a guy, an American, a fighter pilot. Sounds very different from the cloak and dagger stuff of my first four novels. But the more I write it the less flying and the more mysterious the plot thickens into. It’s another second world war book and it’s got a large historical hook too, one that I hope will make it readable by people with no particular interest in airplanes.
2. I got a late start writing historical novels. For a long time before I began, I was writing books in philosophy, a completely different line of country. But all the while I was doing that I was also reading, especially the work of three great writers, John le Carré, Alan Furst and Phillip Kerr. Readers of that trio will know at least what I have aspired to, books like Tinker, Taylor, Soldier, Spy, or Night Soldiers, or the Berlin Noir series. 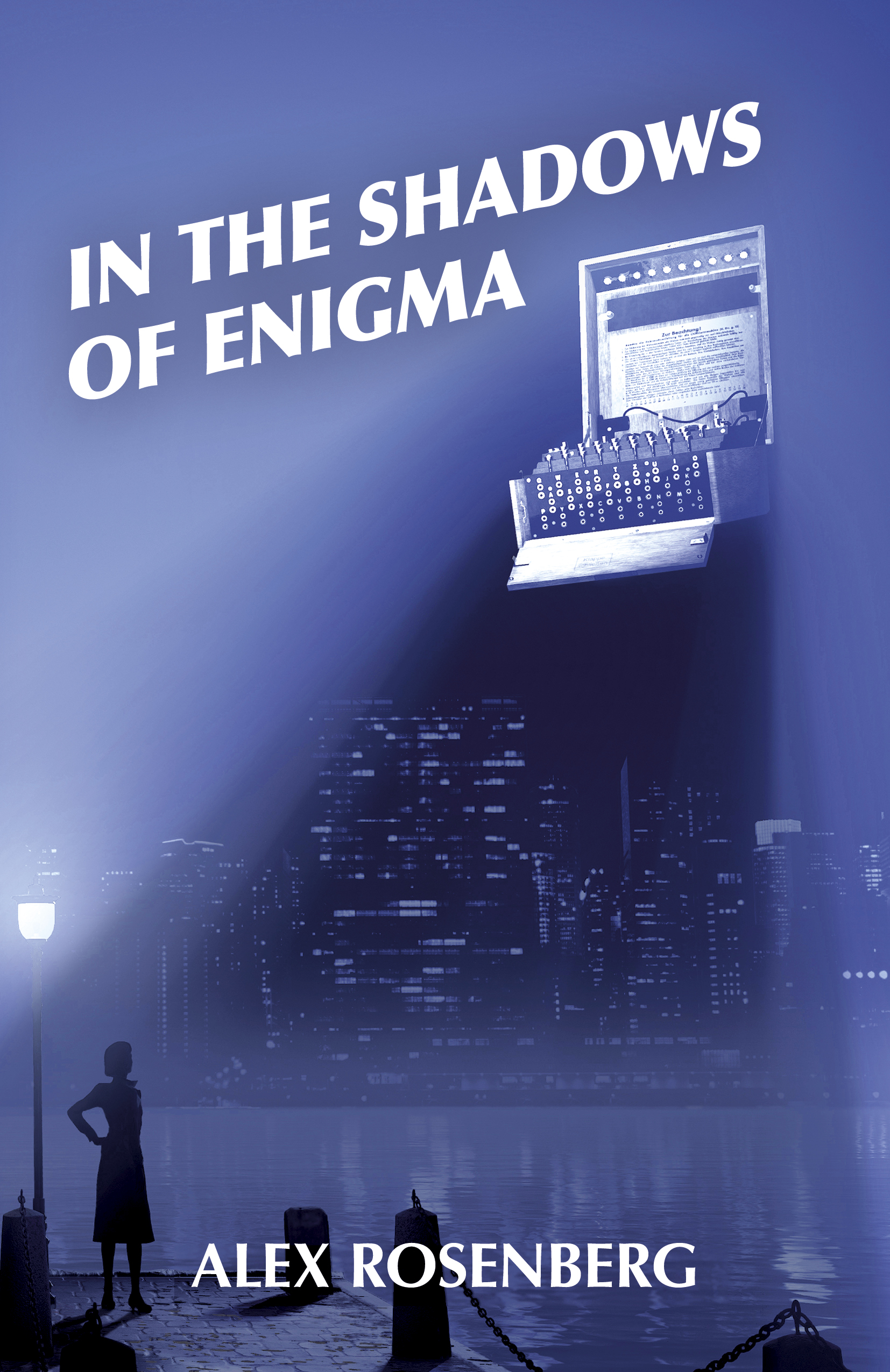