Then he stumbles on a deadly, abandoned alien girl who has made a home under the green canopy of the deepest part of the jungle. Her spacecraft crash-landed a decade ago; his life crashed and burned well before that.
As a DEA agent caught in an unwinnable drug war, Abel has spent his life with the ugliest side of humanity. It’s no wonder he’s given in to corruption, bribery, and an illegal side hustle that has him on the run from some of the most dangerous men in South America.
Amazon – https://amzn.to/331nzPX
His father had found the fifteen-foot behemoth there one morning and could see that a fight with something, perhaps a shark, or even something man-made like the propeller of one of the boats that occasionally steamed down the coast toward the new canal project going on in Panama, had stripped the thing of most of its teeth. Knowing that being without teeth would eventually cause the croc to starve, Juanito’s dad, an American named James, had taken to feeding the beast. And now, that was just another chore that either he or Juanito did every day. Juanito’s mother, Juana, a native Costa Rican, told them they were both loco, and his sister, Julisa, was too small to care, but still, Juanito and James faithfully fed the croc.
I’m joining the tour for The Green Cathedral today and sharing a short extract from the book. Thanks to Kelly at Love Books Tours for the invitation to take part in the tour. First of all, what’s the book about?
But as this unlikely pair grows closer, Abel will realize that his dark past has tracked him down and threatens to destroy the very beauty he has fallen in love with.
Juanito, a boy of ten, ran out of the little house that he and his mother, father, and sister lived in just back from the pristine beach that formed at the mouth of the Rio Palma. It was sunrise and time for his favourite chore of the day. He carried a bucket filled with rats that he’d trapped around the house and in the storehouse where freshly picked bananas were kept until they could be picked up each day by the wagon that took them on their long journey to San José. Sure enough, there at the mouth of the river, the old, toothless crocodile lounged, just like he’d done for nearly all Juanito’s life.
Now read the extract
Kerry McDonald writes entertaining, provocative action-adventure stories. An expert marksman and overall adrenaline junkie, Kerry’s stories are born of a life filled with rock-climbing, BASE jumping, paragliding, yoga, meditation, lucid dreaming, and survival-focused getaways. Her latest novel, Into Africa, was described by Midwest Book Review, “Unexpected and thrilling reimagining of ‘How I Found Livingstone.’ A thoughtful examination of gender and race.” Totally awesome and always exploring, Kerry is currently floating up the interior of the Amazon.
The Green Cathedral is a fast-paced thrill-ride that examines the nature of beauty and the power it has to heal our damaged souls.
Central Pacific Coast—Republic of Costa Rica Circa 1905
Deep in the jungle lies the deadliest kind of beauty.
Perhaps this was because James, though strict with Juanito, was also an unusually kind man. Juana had told Juanito that that is why she had married him. James had been a convicted criminal who had chosen to go to Costa Rica and help build the railroad from San José to Puerto Limon on the other side of the country, rather than rot in an American prison. It was hard work, and James had survived many trials, including a knee injury that had hobbled him and a bout with malaria. Many other workers had died outright.
About the Author
Buying Link 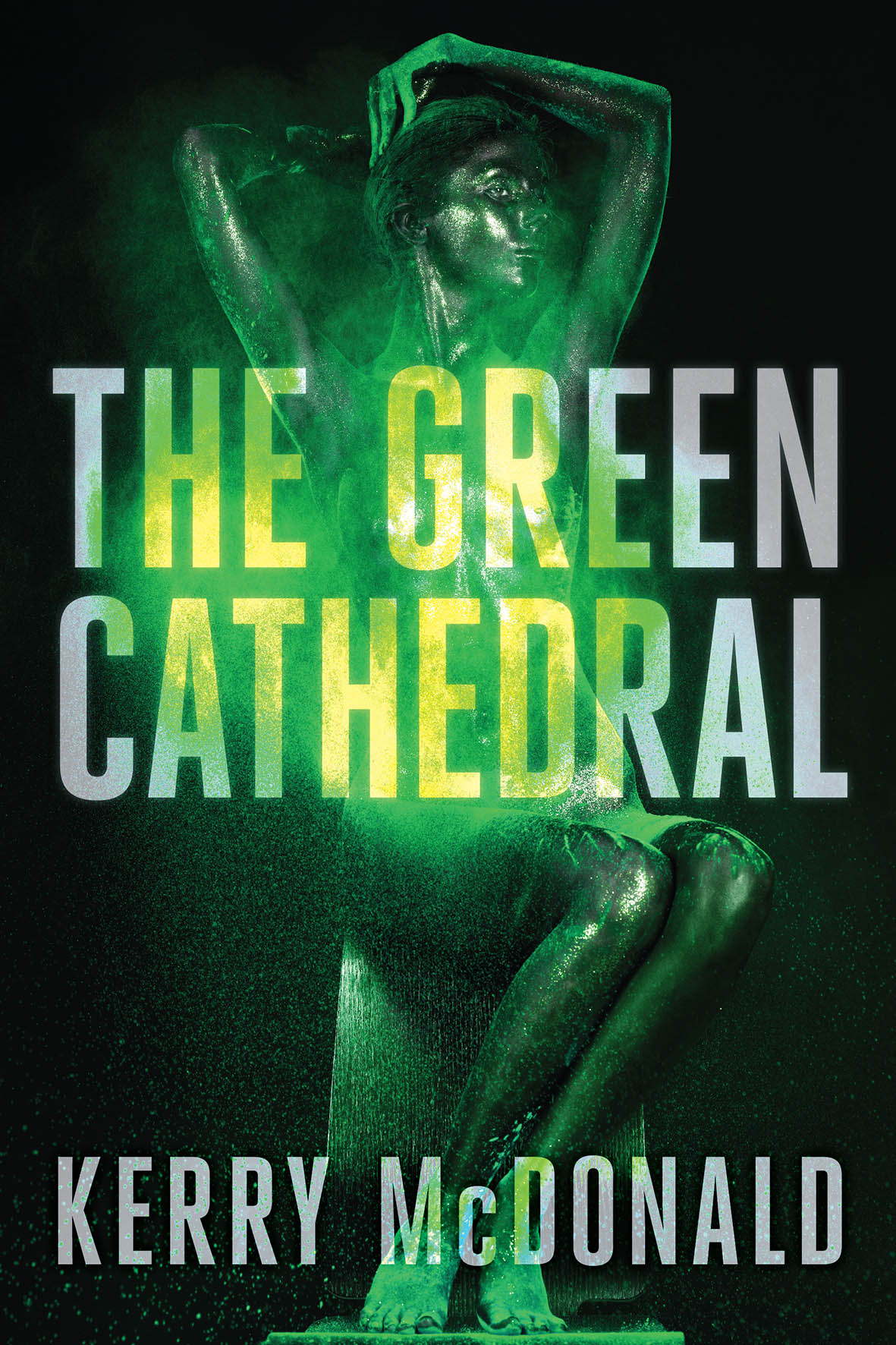