I’m not massively into Christmas songs, but I can tell you my least favourite. All I Want For Christmas by Mariah Carey. I had a temporary Christmas job in a clothes shop one year, and it was awful, all I did was stand at the front of the shop and make sure nobody stole anything (I wish they’d tried to, it would have made it more interesting!). And there was a tape of Christmas music playing on a loop, and this one just seemed to come round more often than the others…

I have Katie Ginger’s The Perfect Christmas Gift waiting on my kindle for when I get a moment to read it! Looking forward to some unashamed seasonal romance.
As well as self publishing a couple of other novels, I’ve also written four books for HarperCollins/One More Chapter and have two more in the same series to go with them.
Do you have a favourite Christmas book?
Do you still keep any Christmas traditions from your childhood?
[I won’t torture you by adding the YouTube link to that song then…]

And a favourite Christmas song?
There’s a few. It’s A Wonderful Life is a classic. I also love The Lion, The Witch and the Wardrobe, because although it’s not entirely about Christmas, it does feel very Christmassy. And the scenery is fab. Die Hard is most definitely a Christmas film and it’s probably the one I’ve watched most.
How do you plan to celebrate Christmas this year?

What Christmas book are you looking forward to reading this year?
And finally, what’s the best Christmas present you ever received?
This is the fourth book in the Nosey Parker series, but it can be read as a standalone and is actually not a bad starting point for new readers. But they will want to go back and read the other three afterwards…!

How did you come up with the title for your book?
What is your Christmas book about?

A Cornish Christmas Murder (published in the USA as A Murder Under the Mistletoe) follows ex-Metropolitan police officer turned caterer Jodie ‘Nosey’ Parker as she caters a big charity Christmas party at an ancient abbey on the edge of Bodmin Moor. Jodie has quit the police for a quieter, safer life for her and her teenage daughter, Daisy, but she can’t quite manage to keep her nose out of trouble. A blizzard strands Jodie and the party guests, as well as some unexpected arrivals, at the abbey overnight, and when a body is found the next morning and the police are unable to reach them because of the snow, it’s down to Jodie and her ragtag band of kitchen helpers – Daisy, her elderly and slightly dotty mum Shirley, and her best friend Debbie – to investigate. Because no one wants to spend Christmas trapped with a killer…
I’m actually quite new to the whole idea of Christmas-specific books – I didn’t even really realise they were a ‘thing’ until I became a writer and started hanging around in online book clubs! I read Natalie Normann’s Christmas Island last year and absolutely loved it.
I came to writing novels in something of a roundabout way! I wanted to be an actor, but no one would cast me (!) and to be honest, leading ladies at that time were all stick thin and just played the love interest to a man thirty years older than them (not much has changed), and where’s the fun in that? So I decided to write my own stuff. I started writing comedy routines, but I did one (pretty big) stand up gig and it was so terrifying, I would rather have a hysterectomy than do it again. So I moved on to writing TV comedy shows, then full length movies, but despite having meetings with production companies and getting my name out there in contests, it never quite happened. A friend suggested I turn one of my scripts in to a novel. I’d never had any interest in writing a novel – there are far too many words! – but I had a go. That novel, Dead in Venice, went on to be a finalist in an Audible crime contest, and as a result they published it. And I was hooked.
Covid and weather permitting, as we’re in New Zealand (where it’s summer) we’ll open our presents in the morning, all sitting on our bed – my son’s 18 now but he’ll still come in on Christmas morning to open his presents with us. Then we’ll go for a walk, along the beach if it’s nice, or maybe into the city centre. There are usually a lot of ex-pat ‘orphans’ around on Christmas Day, young couples or families who don’t have a big extended family to celebrate with, so a lot of them do the same as us and head to the city’s waterfront cafés (there are always a few open) for a nice breakfast or just a coffee in the sunshine. Then we’ll head home and have a lovely traditional Christmas dinner – roast turkey and all the trimmings.
I’m on Facebook – https://www.facebook.com/fionakleitch and Twitter – https://twitter.com/fkleitch – and Instagram –  https://www.instagram.com/leitchfiona/

The first Christmas my husband and I spent together after we married, we were living in Cornwall, both of us out of work, and I’d just discovered I was pregnant. Money was a constant worry, but we really needed a nice Christmas, just the two of us. We gave ourselves a £20 total budget each for presents. The best thing about it was the fun we had, trying to find nice things for each other! We had to be creative, and some of the stuff we bought was just tat that would make each other laugh, but it really brought home the fact that Christmas isn’t about money, it’s about the thought you put into it. We still have a couple of cheap photo frames that we bought each other that year – they can only have cost a couple of quid each, but they’ve lasted 19 years and they have very special photos in them, of our wedding day and of our son when he was a tiny baby. I can’t remember any of the other presents we bought each other, but it was a lovely, memorable Christmas.
Plus my website is fionakleitch.com

We are big fans of the Christmas stocking in this house! We buy each other one big present, and then do each other a stocking with silly little gifts and chocolate – mostly chocolate. That’s exactly what both our families used to do when we were little. We’ve never gone really overboard on presents.
First of all, would you tell my blog readers a little about yourself?
I came up with the US title (A Murder Under the Mistletoe) as it follows the same format as the first three in the series – Murder on the Menu, A Brush With Death and A Sprinkle of Sabotage. However, my publisher chose the UK title, as they were trying to appeal more to readers of authors like Richard Osman and Agatha Christie, which is probably the closest comparison in terms of what I’m trying to achieve.
How can people follow you or connect with you on social media?
I grew up in London, but have lived in Cornwall and Sussex (among other places) and am now living in Auckland, New Zealand, with my husband, teenage son and two very lazy cats. When I’m not writing I’m watching movies and baking, but not at the same time…

Most of the Festive Spotlights you’ll have read over the past six weeks or so on the blog have featured Christmas romances. Well, here comes Fiona Leitch to change all that with her crime novel A Cornish Christmas Murder! Let’s find out about that book, which publishes in paperback today, and what Fiona will be up to this Christmas. 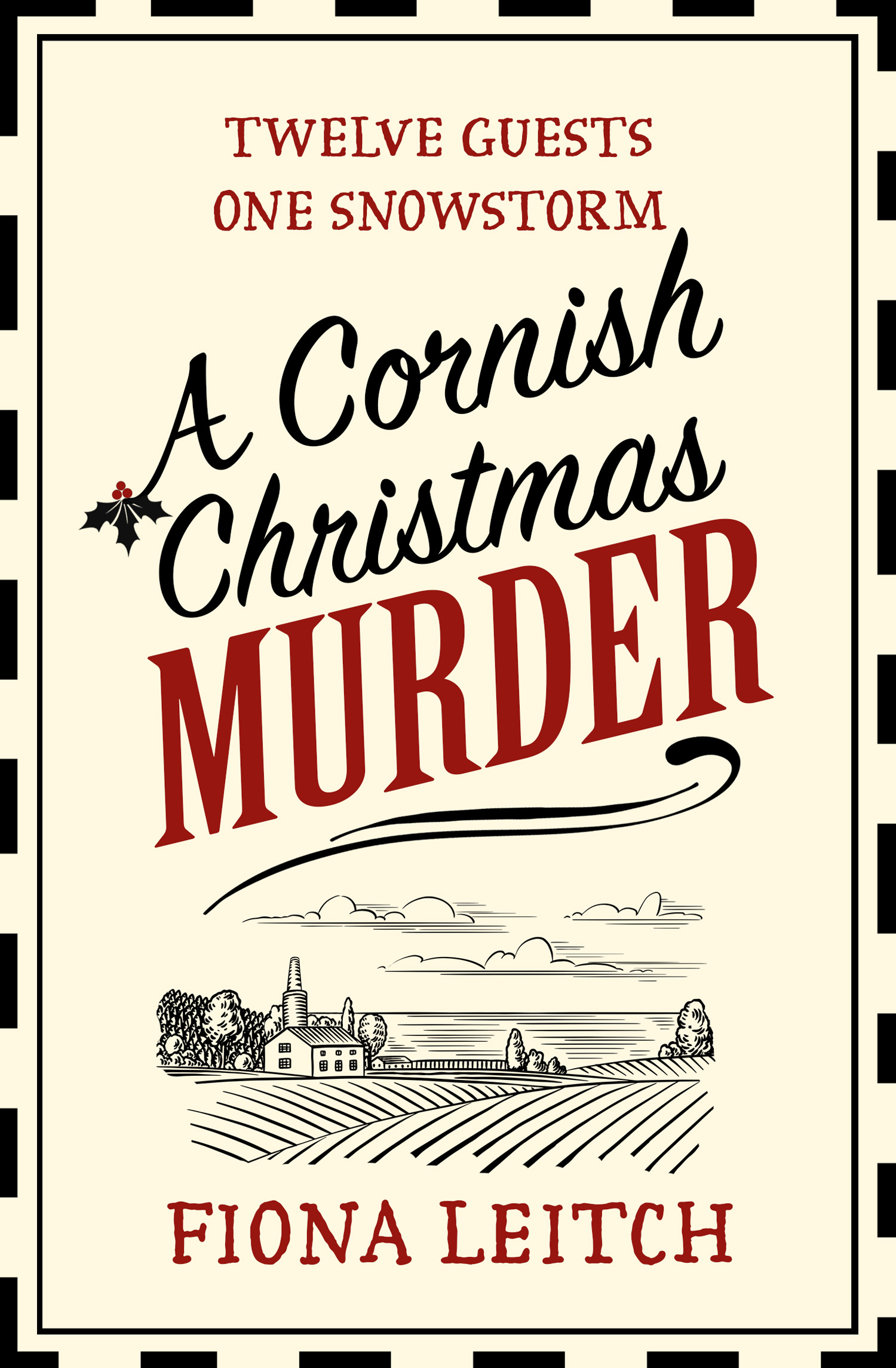 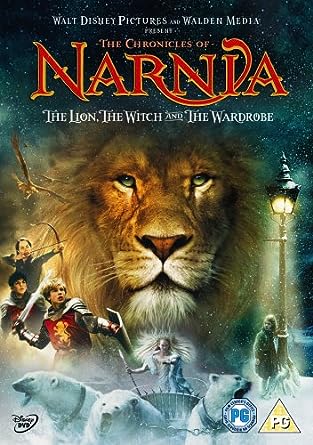 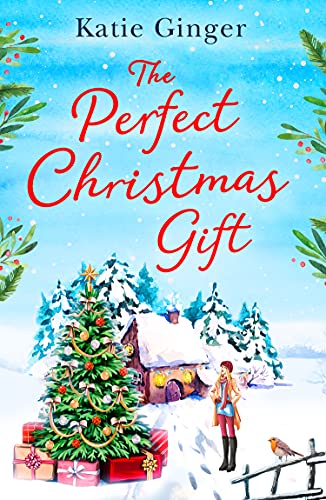