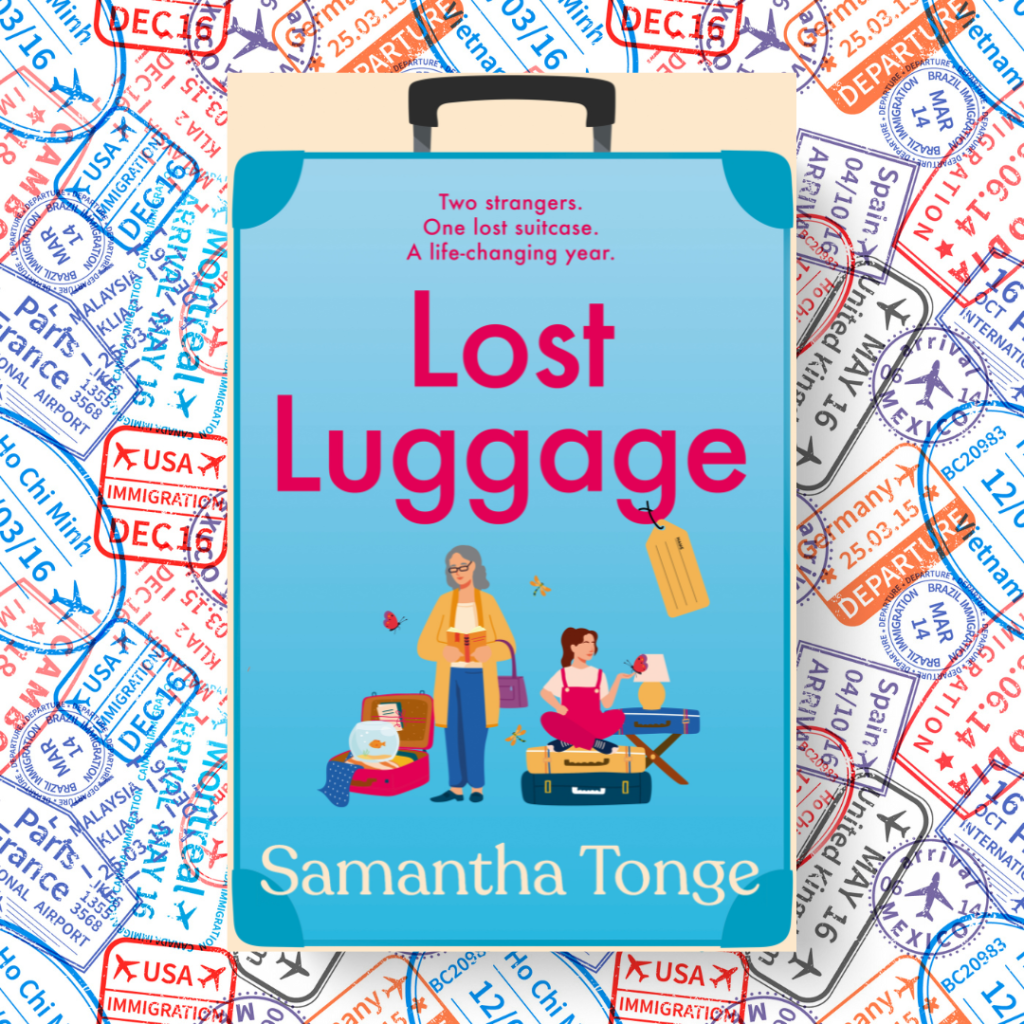 Bookbub profile: https://www.bookbub.com/authors/samantha-tonge
I found this book very engaging from the beginning. It was really intriguing to wonder what might be in the lost luggage that Dolly bought at the auction and even more so when she tried to find out who the mysterious Phoebe was who owned the luggage and, of course, the notebook within it. I enjoyed reading about her carrying out challenges from Phoebe’s year of firsts in an attempt to find her and reunite her with some precious items. The firsts were challenges for Dolly just as they would have been for Phoebe, perhaps even more so for an older lady who has cut herself off from the world.
Instagram: https://www.instagram.com/samanthatongeauthor/
Social Media Links
Lost Luggage may have begun with something that was lost – Phoebe’s suitcase – but it’s really all about the characters finding out about things. Finding out about themselves, finding out about secrets, finding friendships, finding connections, finding out what matters. I really enjoyed this heart-warming story and will definitely read more from Samantha Tonge in the future.
But, can you have a year of firsts when you’re seventy-two? And is Dolly ready to discover the notebook’s secrets, or are some secrets better left lost at the airport?
One lost suitcase. Two strangers. And a notebook that will change lives.
One thing that struck me was that so many of these characters had aspects of their lives they were trying to hide from others or secrets that had been kept from them. Some pretty big and important secrets had been kept from some of the characters and it was sad that they hadn’t been able to be discussed. It could have made quite a difference to their lives if they had.
Purchase Link
About the Author
There were some pretty big issues covered in the book. I won’t say what they are as I don’t want to give anything away but I felt that the author brought the issues into the story very well and that her readers may well finish the book with a greater understanding.
My Thoughts
Facebook: https://www.facebook.com/SamanthaTongeAuthor
Amongst the clothes is the notebook of a reclusive woman who has hardly been outside for an entire year, but who isn’t ready to give up on life. The notebook’s contents resonate with Dolly. With the support of her neighbours, retired Leroy and eleven year old Flo, Dolly decides to take on the year of firsts Phoebe had planned.
Samantha Tonge is the bestselling and award-winning author of over 15 romantic fiction titles published by HQ, and most recently Aria. Her first book for Boldwood, Under One Roof, was published in February 2022 and her move to Boldwood marks a broadening of her writing into multi-generational woman’s fiction. She lives in Manchester with her family.
About the book

Newsletter Sign Up: https://bit.ly/SamanthaTongeNews
Lost Luggage: https://amzn.to/3bgCnBC
I haven’t read anything by Samantha Tonge before but know she’s a great favourite with my fellow bloggers. Now that I’ve read Lost Luggage, I can see why she’s so popular. My thanks to Rachel at Rachel’s Random Resources for having me on the tour and providing an e-copy for review. Lost Luggage is published today by Boldwood Book and available in ebook, paperback and audiobook formats.
For almost fifty years, sisters Dolly and Greta have lived together – getting each other through the good times and the bad.
Except this year, Greta isn’t there and Dolly is feeling lost and alone. In memory of her sister, Dolly heads to the lost luggage auction where she and Greta go each Christmas. But her bid reveals a gift she never imagined.
I liked that this was a novel featuring characters of different generations with Dolly and Leroy more senior, Phoebe a younger character and Flo on the verge of becoming a teenager. Flo’s parents annoyed me at times as they didn’t seem to appreciate what a special girl they had. The friendships between the characters, particularly between Dolly and Flo were lovely to read about. They were a great encouragement to each other and made such a difference in the other’s life.
Twitter: https://twitter.com/SamTongeWriter