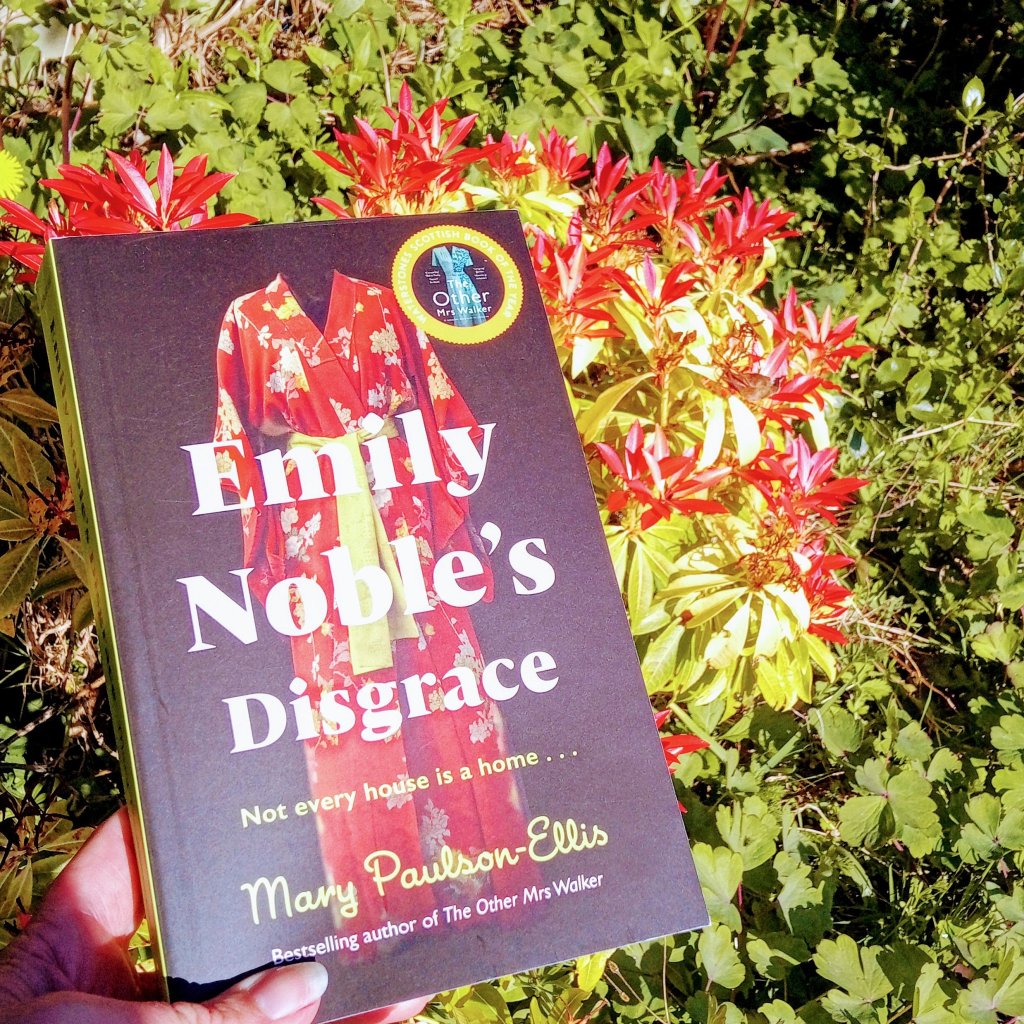 Thanks to Rosie Wilson at Pan MacMillan for sending me a review copy of this book. Emily Noble’s Disgrace is published today by Mantle (an imprint of Pan Macmillan) in hardback, ebook and audiobook formats. It will be available to buy from your usual book retailer. You will also find buying options on the Pan MacMillan website : Emily Noble’s Disgrace
I so enjoy this author’s meticulous writing style. Her vivid descriptions bring each scene into focus with her sharply detailed observations. She slowly builds up a sense of mystery around her characters and draws you into the story until you can’t put it down and absolutely have to know what has happened. It struck me that both Essie and Emily had much in common with the people they respectively clean up behind or investigate. Both have aspects of their pasts which have been hidden from them or that they would prefer to keep hidden.
Emily Noble’s Disgrace is the third novel from Mary Paulson-Ellis, the bestselling author of The Other Mrs Walker, a Waterstones Scottish Book of the Year.
Emily Noble’s Disgrace is an excellent book, cleverly written and so atmospheric. Mary Paulson-Ellis is a wonderful storyteller and this latest novel really showcases her skills at weaving together intriguing, compelling and moving plotlines.
The case is unexceptional, that is what I know. A house full of stuff left behind by a dead woman, abandoned at the last …
It’s publication day today for Emily Noble’s Disgrace, the third of Mary Paulson-Ellis’ Edinburgh set series which looks at what happens when people die with no next of kin. Although the three books have connections, they are all standalone novels. You can read my reviews of the previous two here: The Other Mrs Walker and The Inheritance of Solomon Farthing. Emily Noble’s Disgrace takes place mainly in Portobello so as you can imagine, I really enjoyed the setting.
Mary Paulson-Ellis lives in Edinburgh. She has an MLitt in Creative Writing from the University of Glasgow and was awarded the inaugural Curtis Brown Prize for Fiction in 2009 and the Literature Works First Page Prize in 2013. Her debut novel, The Other Mrs Walker was a Times bestseller and Waterstones Scottish Book of the Year. Mary was Highly Commended as a Rising Star in the DIVA Literary Awards and shortlisted as a Breakthrough Author in the Books Are My Bag Readers Awards 2017. In 2016 she was named an Amazon Rising Star. The Inheritance of Solomon Farthing was her second novel.
When trauma cleaner Essie Pound makes a gruesome discovery in the derelict Edinburgh boarding house she is sent to clean, it brings her into contact with a young policewoman, Emily Noble, who has her own reasons to solve the case.
From the back of the book
About the Author
As the two women embark on a journey into the heart of a forgotten family, the investigation prompts fragmented memories of their own traumatic histories – something Emily has spent a lifetime attempting to bury, and Essie a lifetime trying to lay bare.

Although PC Emily Noble is the eponymous main character, she doesn’t appear until quite a way into the book. Before that, we meet Essie Pound, a cleaner with The Company. This is a company which deep cleans houses when other cleaning companies don’t want to, houses where there may have been accidents, murders or where people having lain dead for some time before being discovered. Often they are cleaning in premises where the former resident appears to have no relatives and has left no will. The Company, while carrying out their work, are also looking for personal items which may provide evidence of relatives, however distant. Essie is cleaning an old boarding house on Portobello Prom after the death of its elderly owner and she becomes embroiled in a missing person mystery stretching back 25 years. Emily is investigating this case and so their paths cross. It was good to see Margaret Penny from the Office of Lost People make an appearance, as well as heir hunter Solomon Farthing. Both are more minor characters here but featured in Mary Paulson-Ellis’ first two books. 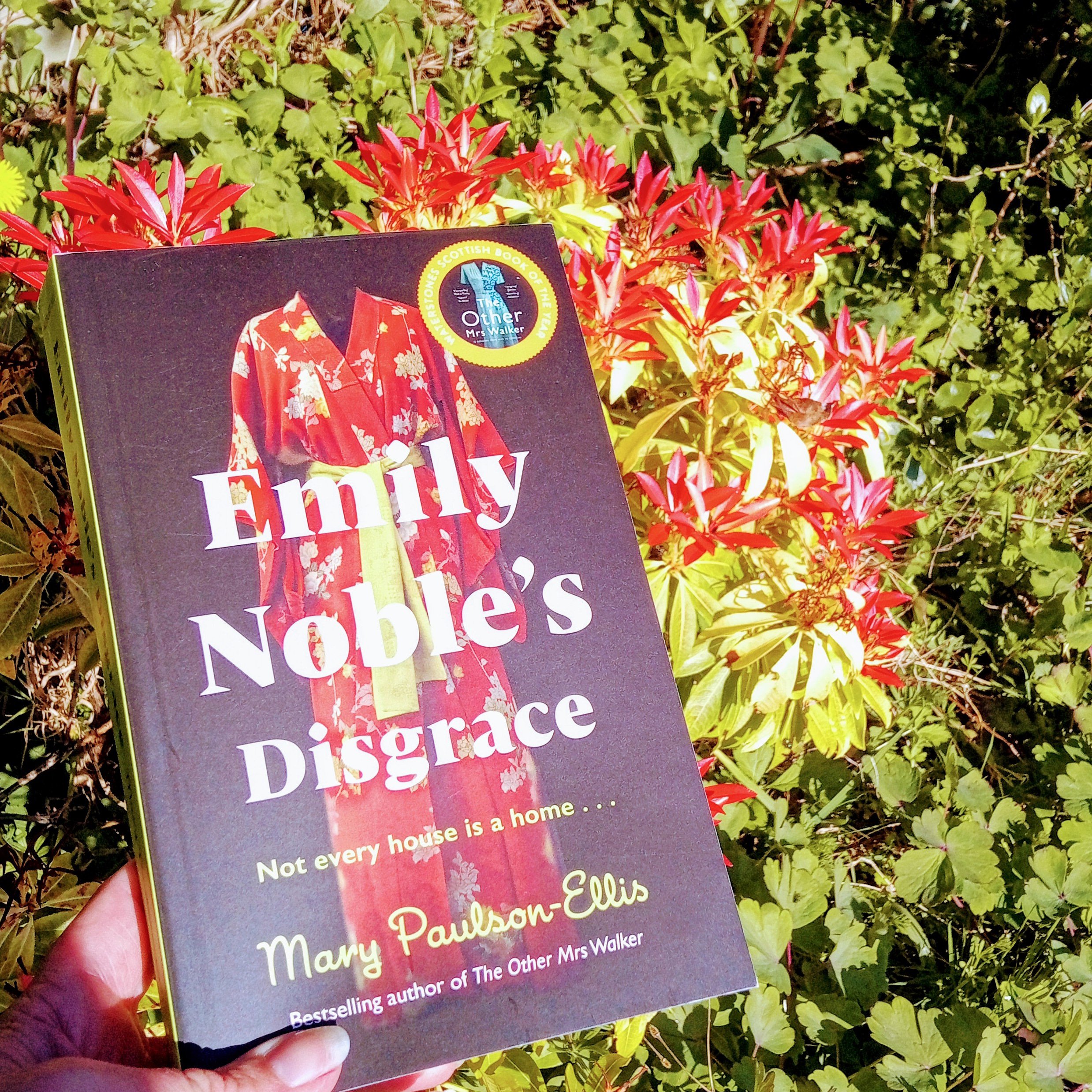